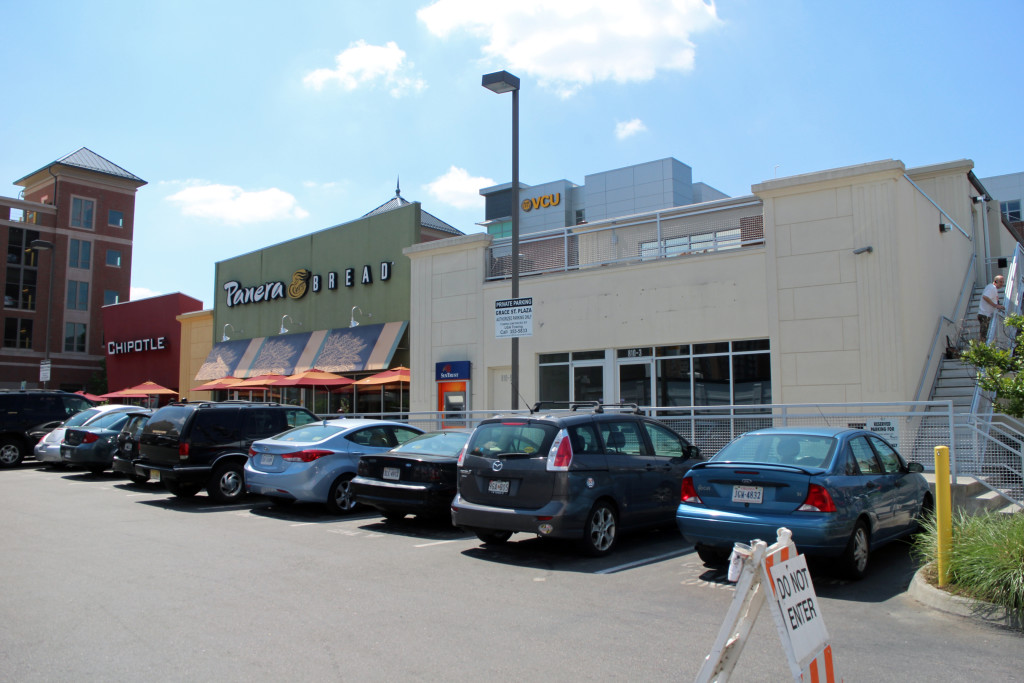 A new pizza shop coming to VCU hopes to set itself apart in a crowded scene with speed, variety and rooftop dining.

Their 3,600-square-foot space sits along a busy stretch in the heart of VCU that’s increasingly packed with restaurants. It’s next door to a Panera Bread and a Caribbean restaurant and is a few doors down from chains such as Chipotle, Panda Express and Noodles & Co. 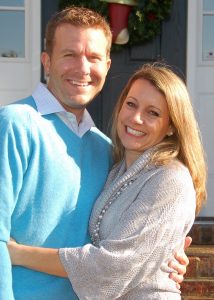 That isn’t scaring off the Perceys, who opened Virginia’s first Pie Five location last year near Innsbrook. The couple used to own seven Five Guys Burgers and Fries franchises between Richmond and Maryland but sold them all by late 2013.

“The biggest thing is college students love pizza,” Jeff Percey said. “VCU has a very active and rapidly growing campus. It feels like a perfect fit for Pie Five Pizza.”

Pie Five’s model centers on personal pizzas that are served quickly and can be customized down to the crust. It also sells salads, desserts and bottled beer.

Percey said it’s expected to cost between $450,000 and $600,000 to open the VCU location. He and his wife are financing the venture with Union Bank.

As they did with Five Guys, the Perceys hope to open more Pie Fives franchises, particularly around Richmond.

“As soon as we can find the right locations, I’d love to have five open in the next three years,” Percey said. “We’re looking to build as many as eight of these in the Richmond metro area.” 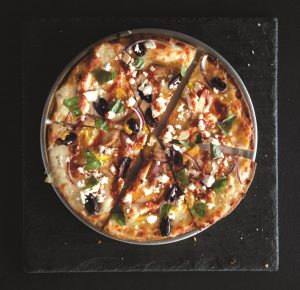 Rave Restaurant Group launched Pie Five Pizza in 2011 and also owns Pizza Inn, a pizza buffet concept. The company had 30 locations nationwide at the end of 2014 and has quickly grown to 47, with 450 other franchise and company locations in the works, according to its website.

Another Virginia Pie Five Pizza is planned to open in Sterling in December. The Perceys are not involved with that location.

In addition to the existing competition nearby, the Perceys’ Grace Street location will be one of several new arrivals in the surrounding blocks. Most recently, a new coffee franchise and Chinese eatery announced plans for the area.

The 800 W. Grace St. property was formerly home to a retail store called Common Threads, which closed in April. Jeff said the storefront’s first floor will house Pie Five’s kitchen and a dining area with balcony seating above. There’s also room for a rooftop patio, which he hopes will give Pie Five Pizza an edge over the competition.