The Children’s Tumor Foundation has started a new campaign, called “I Know a Fighter,” to raise awareness for neurofibromatosis. The group held several events in May and will participate in the Annual Richmond NF Walk on Oct. 3.

During its third year, the Ujima Legacy Fund, created by and for African American men, has awarded two $20,000 grants to Renew Richmond, in partnership with the Kinfolks Community Inc. and Neighborhood Resource Center.

Sabra celebrated National Humus Day on May 21 with the Chester Family YMCA, holding an event to give children in the Y’s after-school program a taste of the snack. 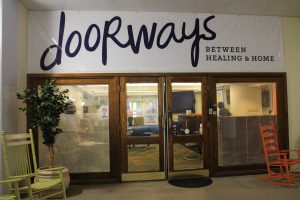 The Doorways was recently rebranded from the Hospital Hospitality House.

The Doorways has been awarded a $200,000 challenge grant from the Cabell Foundation, supporting phase one of the organization’s renovations to improve its building. The total cost of the first phase is likely to be $1.7 million.

ChildFund International has joined Richmond 2015, the organizer of the 2015 UCI Road World Championships, as the nine-day cycling event’s official charity of choice.

Since Memorial Day 2013, when it launched its Veterans Welcome Home Commitment, Walmart has hired more than 2,990 U.S. Veterans in Virginia.

PaperFreckles, a local greeting card company, was one of the winners of the Greeting Card Association’s 27th International Greeting Cards Award Competition, the Louie Awards, at a gala event in New York City during the National Stationary Show in May. The company won in the category “Romantic Occasions $4 and Below” for their “Last Coconut” card.

Nominations are now open for this year’s Venture Forum RVA Companies to Watch, an annual award that spotlights businesses that could significantly impact the area’s future economy.

The Virginia Biotechnology Research Park Corp.’s Board of Directors recently adopted bylaw changes to transition into the Innovation Council. VCU has committed $1.2 million, to be leveraged with matching funds, to launch the effort and support capital resources.

Greg Peters, president and CEO of United Methodist Family Services of Virginia, was honored with Bridgewater College’s Distinguished Alumnus Award at an awards ceremony in early May. Peters graduated from the college in 1974.

VCU was awarded a three-year $10 million grant to start a statewide consortium in order to help primary care practices deliver better care, serving up to 300 practices in Virginia. VCU received the award as part of EvidenceNow – Advancing Heart Health in Primary Care, which is an Agency for Healthcare Research and Quality initiative.

Hunton & Williams was named one of the nation’s 25 top law firms in Corporate Board Member magazine. The title comes from the magazine’s 15th annual survey of America’s Best Corporate Law Firms. 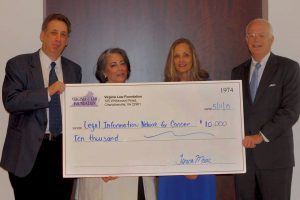 McGuireWoods was awarded the Smithfield Ham Award for the eighth year in a row for collecting more food donations than any other large Virginia law firm during the Ninth Annual Statewide Legal Food Frenzy. The firm collected the equivalent of 128,110 pounds of food.

The Legal Information Network for Cancer was awarded several grants to support its mission, including $3,000 from the Midlothian Rotary; $10,000 from the Deep Run Marathon Dance; $10,000 from Virginia Law Foundation; and $2,500 from Takeda/Millennium Foundation.

Eric Futterman was recently awarded an External Video award by the Public Relations Society of America, Richmond Chapter for his documentary on the 2014 Centennial Celebration of the Assembly’s Training School. 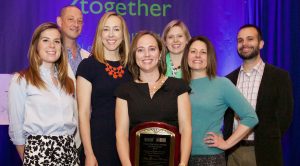 Amy Gerhart Favreau was awarded the 2015 North American chapter Volunteer of the Year for the American Marketing Association. Favreau was honored at the AMA Leadership Summit in Chicago in early May.

Richmond CenterStage was named a Bronze Winner at the 36th Annual Telly Awards for its piece “El Pinto, Latin Ballet of Virginia.” They competed against nearly 12,000 entries from every state.

The Byrd Theatre will be showing baseball classics June 19-21 in conjunction with the Flying Squirrels Charities’ “Renovating Richmond’s Recreation” initiative, which will build and renovate 12 Richmond City youth baseball facilities. 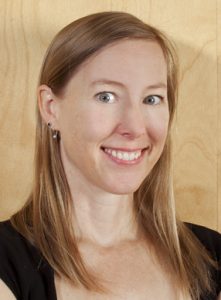 Susan Reed, an associate with Commonwealth Architects, passed the Architectural Registration Examination and is now licensed to practice architecture in Virginia.

Great Richmond Fit4Kids has partnered with Advanced Orthopaedics and Ortho On-Call for its AdvanceItUp Collection. During June the groups will collected gently used sports gear from the local area to help kids get active.

Bon Secours plans to recognize 25 students with autism spectrum disorders or intellectual disabilities for their completion of Project Search, which is a national school-to-work program at four Bon Secours facilities that provides training to those students at healthcare facilities and other businesses.

Bon Secours launched its Redskins Fandemonium contest on June 1, which will run through the end of training camp. Fans are encouraged to share their pre-camp rituals for a chance to be featured on the FedExField video board.

In its 40 Under 40 Emerging Leaders Award, M&A Advisor named Keith Prusek and Hugh Rabb, managing directors and co-heads of BB&T Capital Markets’ Logistics and Transportation Group, among the winners in its Dealmakers of the Year category.

The Virginia Society of Certified Public Accountants recognized 41 members with 2015 Life Member Awards, given to those who have been part of the society for at least 40 continuous years. Only 461 members have received the awards in the society’s 106 years. 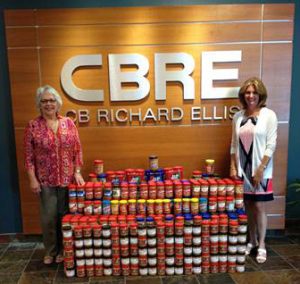