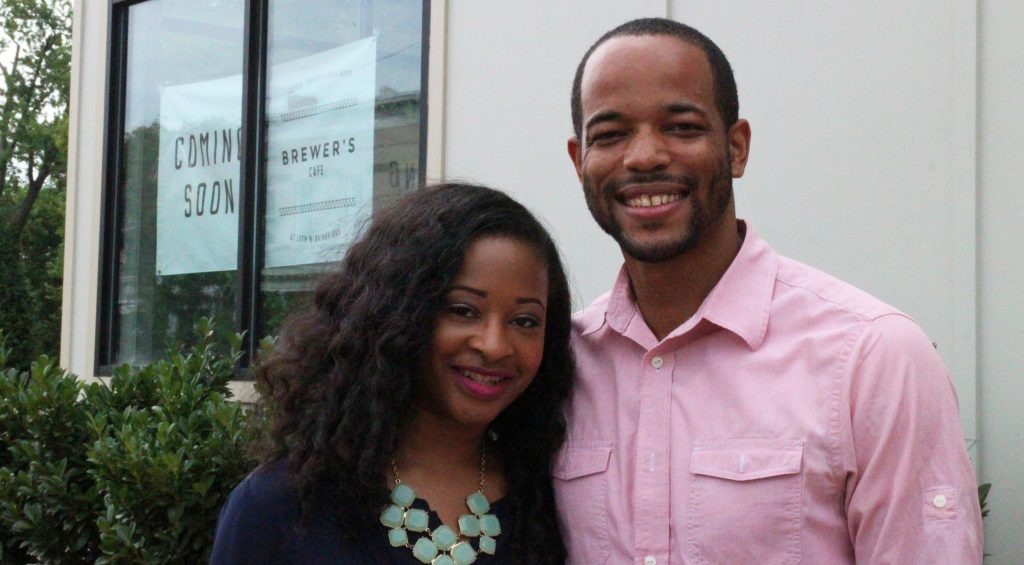 Michelle Cosely and Anthony Brewer are opening a new cafe on the Southside. Photos by Michael Thompson.

A new coffee shop wants to stake a claim in a section of Manchester that’s been largely untested by the local food and drink market.

Brewer’s Cafe plans to open in August at 1125 Bainbridge St. Owner Anthony Brewer has a three-year lease on a 700-square-foot space on the ground floor of an apartment building at 12th and Bainbridge streets. Brewer is opening the venture with the help of his fiancee Michelle Cosely.

It’ll be one of few establishments along that stretch of the rapidly evolving Manchester neighborhood. Croaker’s Spot, Caribbean Chef and a McDonald’s are a few blocks away.

“We’re pretty much the only restaurant-store type of business in that area,” Brewer said. “I’ve talked to a lot of people who say we need something like (Brewer’s Cafe) over here.” 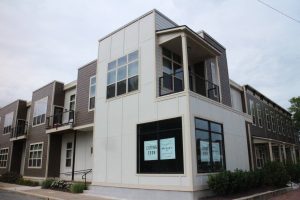 Brewer’s Cafe will sell coffee from Floyd, Virginia-based Red Rooster Coffee Roaster. The shop will serve breakfast and lunch and have tea from Roots RVA, a company recently started by a VCU student. Beer and wine will also be on tap.

“As far as style goes, we’ll be a coffee bar first,” Brewer said.

Brewer said he hopes to be on par with Richmond’s best coffee spots while developing a brand of his own. He cited growing companies like Lamplighter Roasting Co. and Urban Farmhouse Market and Cafe as inspirations. Urban Farmhouse has a location in the works four blocks away from where Brewer’s is set to open.

“We look at Urban Farmhouse and Lamplighter as big brothers,” Brewer said. “I wanted to be on Lamplighter’s level, but I didn’t want to grow their brand – I wanted to do my own thing.”

He said he chose coffee from Red Rooster because of its high quality and the company’s plans to expand to Richmond.

Brewer plans to keep the cafe open until 9 p.m.

“One of Manchester’s problems so far is everything closes early,” he said.

Before setting out to open his own cafe, Brewer worked as an investment consultant at TD Ameritrade. He said he left because he wants to help people in a different way, like hiring student interns at the cafe to learn about marketing and business matters.

“I just want to take the skills I learned in corporate America and translate them to my restaurant,” he said. “I’ve got 15 suits in my closet, and I don’t want to put them on again. I just want to rock my jeans and my apron.”

Brewer said it will cost about $100,000 to open the cafe. He said Union Bank and investors are helping him finance the venture. He’s also able to qualify for grant money and a loan from the Richmond Economic Development Authority. The shop will be located in a “CARE zone,” Brewer said, part of the Commercial Area Revitalization Effort Program that seeks revamp older parts of town in low- and moderate-income communities.

Brewer said while expansion beyond Manchester is the ultimate goal, he aims to stick to a prudent business plan.

“The first year and second year, I’m not trying to make any money,” Brewer said. “The whole goal is to see how we can do in four different cycles in two years.”

A guy named Brewer opening a coffee shop in Manchester, how can you not like that??? This cafe should be just the latest good news on the Southside. Looking forward to the next piece of revitalization to come to Manchester. Best of luck Anthony and Michelle, I know the neighborhood will be rooting for you.

I drive right by your shop everyday to and from work. I look forward to stopping in!

I’ve been living in Manchester for 11 years, just waiting for a coffee shop, or anywhere, to go (Croaker Spot is great, but if I was a regular I’d probably be 400 lbs by now). Hooray!