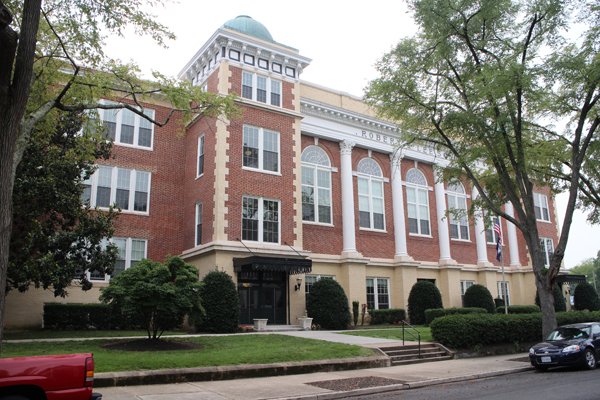 A Museum District school-turned-apartment building is up for grabs.

The 40-unit Lee School Lofts at 3101 Kensington Ave. hit the market earlier this week, listed by its out-of-state owner with an $8 million asking price.

Built in 1917, the 55,000-square-foot building was formerly known as the Robert E. Lee School and served nearly 1,000 students as an elementary school until 1992, city records show.

It was converted into dozens of one-, two- and three-bedroom lofts in 2002 by local real estate developer Miller & Associates.

“You don’t get to sell a historic adaptive reuse property like this all the time, they’re very unique and it’s just fun to see all the different spaces there,” Ewing said. “You don’t get 40 units like this in the Museum District ever.”

Ewing declined to identify the individuals behind the ownership entity, but described it as a private partnership.

The property sits on 1.65 acres and is currently 97.5 percent leased, though Ewing said that number follows a move-out week and the rate should rise to 100 percent by the end of the marketing period.

The lofts feature one-bedroom units at 700 square feet and two bedrooms that go up to 1,900 square feet. The building’s latest assessment valued it at just over $6 million, city records show.

Ewing said the conversion of the old building retained a lot of the schoolhouse features reminiscent of its original use, such as the auditorium’s stage, which is still intact.

“It was a city property, so they had a lot of direction in terms of what they could do in the interior as well, and they had to keep a lot of the elements of the old school,” Ewing said. “It feels like a school.”

But the future buyer has the opportunity to transform the property further and convert the lofts into condominiums, an option that Ewing said may be appealing because of its location.

ARA has two other local apartment complexes that hit the market this week. The 156-unit Bailey’s Ridge apartment complex in Prince George County is listed for $12.75 million. The property, at 4750 Baileys Ridge Drive, is 98 percent leased.

Just to the west in Colonial Heights, the 62-unit Terrace View apartments were just listed at $4.5 million. The complex, which sits at 202 Lakeview Park Rd., is 94 percent occupied.

The market for local apartment buildings has shown some signs of a hot streak in recent months. The Coliseum Lofts near VCU sold last month for $12.3 million, as did the Match Point Apartments near Forest Hill. The Huguenot Apartments sold for nearly $30 million in late May.

And two complexes downtown went up for sale in May, looking to fetch a combined $11 million.