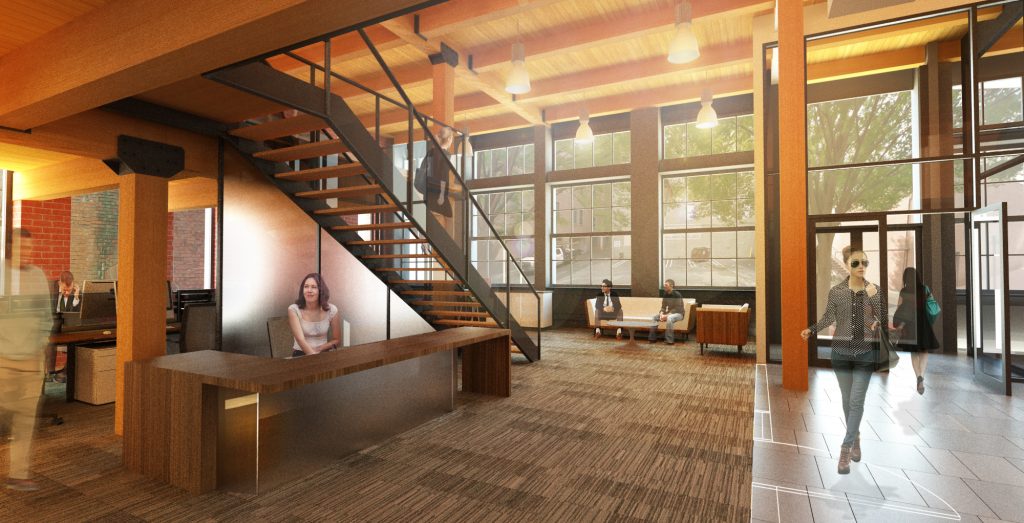 A local financial firm has been lured out of Innsbrook by the chance to be the anchor tenant of a newly renovated downtown building.

1607 Capital Partners is relocating its office later this year to 13 S. 13th St., where it will take the top two floors of the 4-story, 23,000-square-foot building that’s in the midst of being gutted through a historic tax credit rehab.

The move gives 1607 Capital Partners, an investment firm that was founded in 2007, about twice the space of its current home at 4991 Lake Brook Drive and a change of scenery from the suburbs, said managing director Kirk Tattersall. 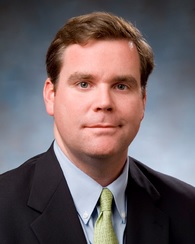 “Most of us here for the vast majority of our careers have worked in traditional office buildings – white walls, standard issue,” Tattersall said. “We were looking for something different, not only for ourselves but to recruit younger professionals going forward. It’s an intended culture shift to some degree.”

1607 Capital Partners has leased about 10,000 square feet in the new building, allowing plenty of room for the firm’s 13 employees and leaving extra space for an in-office gym and a rooftop conference room.

The firm focuses on investing in closed-end funds. It has about $3.2 billion assets under management and its clients include most large institutional investors, school endowments, corporation foundations and the public pensions. About 12 percent of the clients’ assets it manages are local.

Tattersall said his firm looked around at various downtown towers, before settling on the 19th Century building known as the Powers-Taylor Building.

The property is being rehabbed by a group that includes Yogi Singh of local real estate firm Capital Square Management and Sheppard Haw of Walnut Alley Partners.

The group carried out a similar transformation on the nearby 1401 E. Cary St. That project converted the former These Four Walls furniture store into the new home of law firm Kaplan Voekler Cunningham & Frank, investment firm Canal Capital Management and others.

“When we saw the success that 1401 (E. Cary St.) had and the momentum that Shockoe was gaining, office made a lot of sense,” Singh said of the new project. 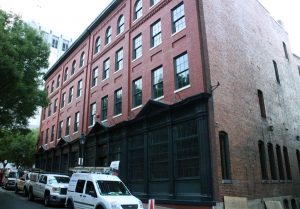 They bought the 13th Street building in May 2014 for $1.45 million and began construction about a year ago. The building had been owned by the state, which used it as the headquarters for the Virginia Department of Labor and Industry.

Their seven-figure investment is being financed by Xenith Bank and is seeking historic tax credits. Graybeale Construction is the general contractor. Fultz Architects designed the project, which in addition to 1607 Capital’s offices, features two first floor spaces of about 2,000 square feet each, 5,000 square feet on the second floor and a gym in the basement.

“We took some pretty painstaking steps to create what we think is Class-A office space,” Singh said.

1607 Capital is expected to move into its space around September. Singh said the ownership group is in discussions with a potential tenant for the second floor space.

Broker Mark Douglas of Cushman & Wakefield | Thalhimer is handling leasing for the building.

1607 Capital Partners was represented in its search by the Shockoe Company. 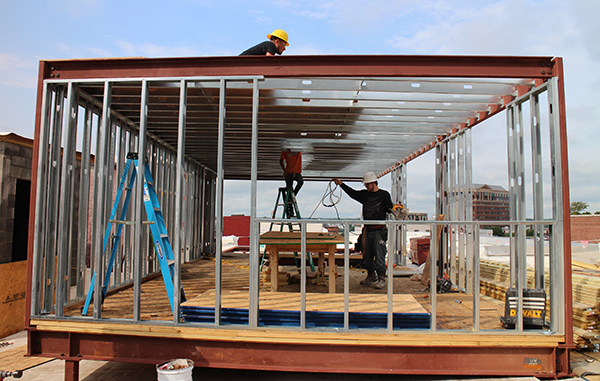