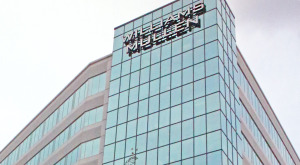 Cherry Bekeart is based out of the Williams Mullen building downtown. Photo by Evelyn Rupert.

Less than a year after expanding through an acquisition in Miami, one of Richmond’s biggest accounting firms has struck a deal in the Maryland and Washington, D.C., market.

Cherry Bekaert last week purchased the Bethesda, Maryland, office of larger rival CBIZ, in a deal that adds 36 employees to its ranks, including four new partners.

The deal was effective Aug. 1, according to a release from CBIZ. Financial terms were not disclosed.

It marks the third acquisition in the last 18 months for Cherry Bekaert and the second time since November that it closed a deal with CBIZ.

CBIZ sold its Miami practice to Cherry Bekaert in November for an undisclosed sum, sending 25 employees over in the process.

Howard Kies, managing partner at Cherry Bekaert, said the two sides have known each other for some time, and the success of the Miami deal led to this latest transaction. He said CBIZ, which is a large publicly traded financial services firm that’s in other businesses beyond accounting, initiated the discussions.

“Miami and Bethesda really didn’t fit their strategy,” Kies said. “For them it’s not enough critical mass in that market. For us, it’s a nice addition and it’s good for their people.” 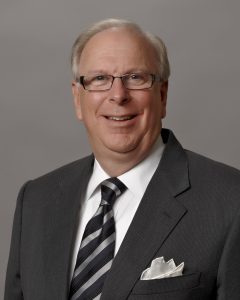 Cherry Bekaert spokesman August Keller said the firm will keep CBIZ’s Bethesda office open and it will be part of Cherry Bekaert’s Washington practice, which also has an office in Tyson’s Corner.

The deal brings the firm’s headcount to more than 100 in the D.C. market and over 1,000 employees firm-wide. Its 12 offices now stretch from Maryland to southern Florida, including its headquarters in downtown Richmond in the Williams Mullen building.

It’s one of the top five largest accounting firms operating in the Richmond market, according to a recent BizSense ranking.

The addition of the CBIZ Bethesda operation will put Cherry Bekaert at more than $150 million in annual revenue, Keller said.

Kies, who has been managing director since 1991, said Cherry Bekaert has completed about 30 acquisitions during his tenure.

And there’s more in the pipeline beyond Bethesda, Kies said.

“We have two other deals that I would say are in the serious stage,” he said, adding that they will take the firm into two new markets. “And we always have a list of other ones we’re working on. We have a strategic plan that we’re very serious about following.”

The firm’s growth strategy has led to at least one deal in Richmond in recent years; it absorbed a smaller firm in Innsbrook in February 2014.