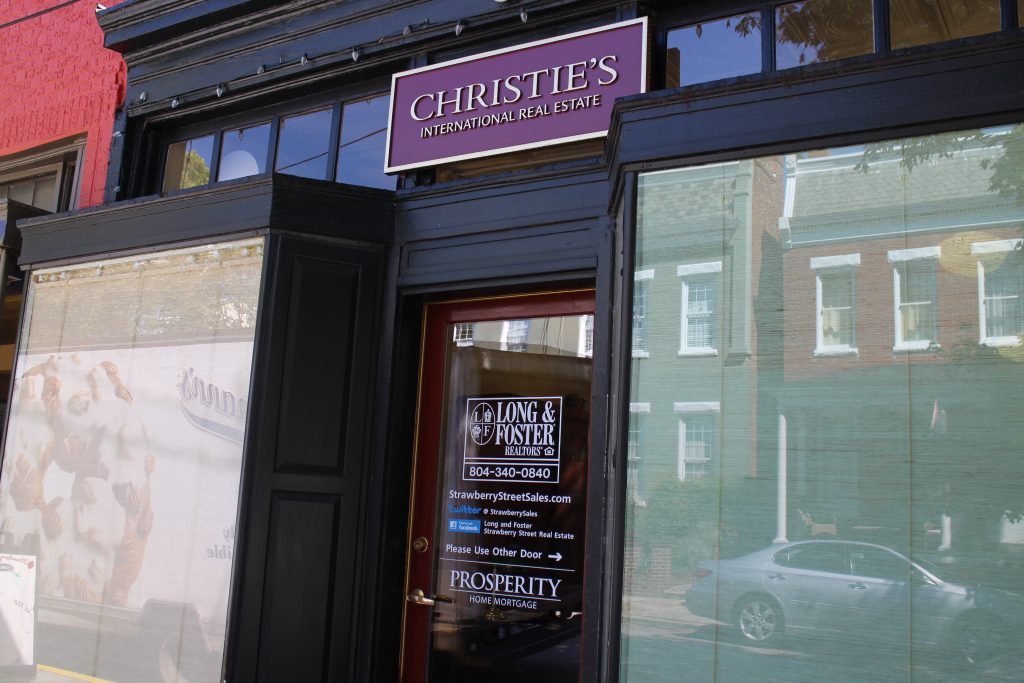 One of Richmond’s largest residential real estate brokerages can now claim a famous luxury brand as all its own.

While Long & Foster already enjoyed exclusivity with Christie’s in its other East Coast markets, including Northern Virginia and others in a seven-state area from New Jersey to North Carolina, it had shared its Central Virginia affiliation with Select Properties of Virginia.

“Long & Foster has proven themselves over the years with us to be a leader in the luxury sector of the market, in Maryland and especially in Virginia,” Coumou said.

“When our smaller affiliate contacted us and said that they’re no longer interested in being an affiliate, we then granted it all to Long & Foster.”

Select Properties had previously been the area’s exclusive Christie’s affiliate, and Coumou said Long & Foster joined on as a shared affiliate about seven years ago, a move driven in large part by its inventory of high-end homes.

“We usually don’t share a territory,” Coumou said. “Long & Foster’s strength was their market share in the luxury sector of the market. They were very well-positioned.”

Select Properties owner and broker Doug Dorsey said the decision to cut ties with Christie’s was a difficult one but necessary in a changing real estate industry. He said his smaller firm had been one of the brand’s original affiliates going back about 25 years.

“Christie’s is a wonderful brand. It served us well over the years,” Dorsey said. “But as a business owner, I was trying to figure out what was best for my people.

“As the real estate business changed, as the needs of our clients and the agents’ needs changed, we just wanted to find some stronger differentiator, with regards to technology and marketing tools. We just needed to go in a different direction, so we made the decision to drop the affiliation.”

Dorsey didn’t specify last week what that differentiator will be.

He said the move to bring Long & Foster into the mix seven years ago made sense from a business standpoint, as did his recent decision to break off from the brand. 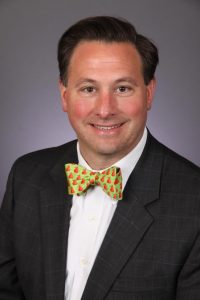 “It’s like everybody: It’s bottom line-driven,” he said. “I am a small company; they are a big company. So the writing’s on the wall that one of us can afford to pay more.”

Scott Shaheen, southern Virginia regional manager for Long & Foster, said the arrangement with Christie’s costs Long & Foster close to $1 million a year. In return, its agents are able to put the Christie’s brand on their luxury listings, which he described as those priced $750,000 and above.

“It gives our agents a leg up on the competition when they’re marketing, to be able to market a luxury property separately above the brand of just Long & Foster,” he said.

Shaheen stressed that the arrangement with Christie’s is an affiliation, as opposed to a franchise. As an affiliate, he said Long & Foster can only put the Christie’s brand name – through signage, magazine listings and other marketing tools – on properties listed above $750,000. Franchises, he said, can put their brands on any property, even if they don’t fall into that high-end price range.

Shaheen said the trend toward high-end real estate partnerships is reflective of the Richmond market.

“Richmond has a luxury market, and in order to spotlight those listings for sellers in a higher and more exclusive area, they need a luxury market to do it in,” he said. “Christie’s, being the No. 1 luxury market, is why Long & Foster partnered with them.”

Bo Steele, vice president and associate broker with The Steele Group | Sotheby’s, said his company’s alignment with Sotheby’s has proven beneficial since the franchise was launched a year and a half ago.

“We felt like we were already well-positioned for it and we could really take a big step in that upper-end luxury market in the Richmond area,” he said.

“We are seeing a lot of referrals coming in from all over the country and internationally from other Sotheby’s affiliates,” he said. “It’s also drawing more interest from the general public in the upper end. We feel like we’re getting called to the dance a little bit more to do our presentation.”

Congratulations Long & Foster. Thanks for the update Mr. Spiers.