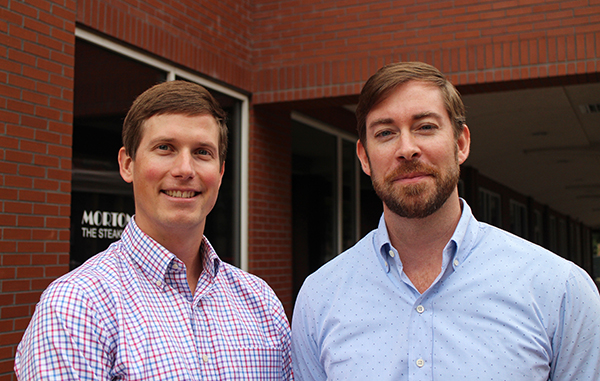 Those were the tools of success for the top three firms on the annual RVA 25 list of Richmond’s fastest-growing companies.

This year’s list – the third that Richmond BizSense has compiled since launching the RVA 25 – ranked companies based on average annual revenue growth from 2012-14.

Here’s a closer look at the companies that topped this year’s list:

In the top spot was Workshop Digital, a downtown digital marketing firm that was born out of the March merger of Dynamic Web Solutions and Your Search Advisor, founded by Brian Forrester and Andrew Miller, respectively.

Miller went to UR and had stints at The Martin Agency and CarMax before going out on his own. Forrester went to JMU, worked in Hollywood as an audio engineer and then learned about search engine optimization and pay-per-click advertising while working at a marketing firm. 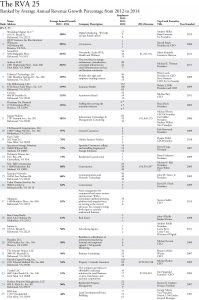 The two were introduced in early 2011 by a shared acquaintance.

They eventually realized their two companies were on a similar upward trajectory and each had a skill set that could help the other. Workshop Digital was born.

The company specializes in helping clients generate sales leads online, boost their search engine rankings and drive more traffic to their websites. Its clients include ad firms, national companies such as Standard & Poor’s, and local companies such as CarLotz, Ledbury and Woodfin.

“The reason for the merger was we felt the classic ‘one plus one equals three’ scenario would be true,” Forrester said.

The math actually worked out better. The combination has helped fuel the company’s 398 percent growth that placed it atop the RVA 25.

“The merger kicked things up to another level,” Forrester said.

In another sign of its growth, Workshop Digital’s 21 employees recently moved into a shiny new 7,600-square-foot office in the Turning Basin Building downtown. And the company is already looking ahead to its next step.

The tale of American Pillowcase, the No. 2 company on this year’s RVA 25, is described by founder Russell Basch as “a good cocktail party story.”

An entrepreneur a few times over, Basch had sold his previous hotel linens company to a French firm. Basch liquidated what the buyer didn’t want, but he got stuck with a mound of 30,000 pillowcases. 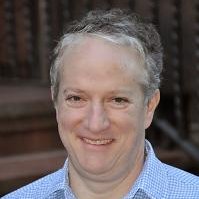 “I just couldn’t take them to the trash,” he said. “So I rented a big truck, went out to Goochland, got a storage shed, stuffed it full and closed the door.”

Paying $100 a month for the storage unit, he set out to at least make some money off the inventory, but there was one problem: “They were off-white, real odd sizes, and I couldn’t figure out who the heck would want them,” Basch said.

So he put a few packs up for sale on eBay and sold one a month. Then he tried Amazon and sold one a week. From there, he began to contact the people who were buying the pillowcases to find out why they wanted them and how they were using them.

Those conversations gave him ideas for keywords – like birthday party, crafts and camps – that he could incorporate into his Amazon store profile to help boost search results.

He sold the lot in 18 months and realized the potential. He continued to fine-tune his interactions with Amazon to tap into its membership-based free shipping Prime program.

“I started to figure out sort of the Amazon algorithm,” he said.

Today he sells 30,000 pillowcases a month, in addition to towels, sheets and other products he has added through connections he had at overseas mills from his hotel linen days.

He orders the inventory from his suppliers and has it sent to Amazon, where the orders are fulfilled and the customer service is taken care of.

“Sales went up, margin went up and my effort went almost to nothing,” he said. “All I do is ship to Amazon.”

And if you need further proof of the hand Amazon Prime has had in Basch’s success, just look to the boat he keeps in King William: He said he named the vessel “Prime Time.”

One of the few nonprofits to ever grace the ranks of the RVA 25, SwimRVA is an enterprise fueled by its $14.6 million swimming facility in Chesterfield, as well as its mission to provide access to water safety and aquatic fitness to underserved pockets of Richmond. It came in at No. 3 on this year’s list.

Executive Director Adam Kennedy came to Richmond in 2011 after a collegiate swimming career to help launch what was initially known as the Greater Richmond Aquatics Partnership. 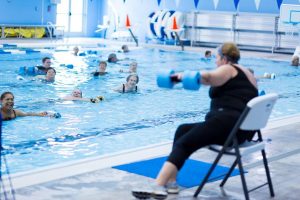 “There are reasons for that,” he said, citing among them the country’s history of racial segregation, when public pools were privatized to prevent blacks from swimming with whites.

“Those statistics are a holdover from a lot of these social policies,” he said.

Today, Kennedy said, the lingering lack of access is related to age, race, income and disability. SwimRVA uses its 54,000-square-foot aquatics center at 5050 Ridgedale Parkway to create “a story of inclusion, rather than exclusion,” he said.

With its 50-meter competition pool and two smaller instruction and therapy pools, SwimRVA drives revenue through memberships, facility rentals for private schools, competitive swimming events, physical therapy practices and other functions. That allows the organization to sustain the bulk of its nearly $2 million annual budget with non-fundraising revenue – a favorable state for a nonprofit.

“Certainly we’re a startup – a startup that is reaching sustainability,” Kennedy said.

The rest of the RVA 25 is an eclectic group of companies from a variety of industries. There are builders, insurance firms, ad agencies, an online farmers’ market and a staffing company that dispenses an army of dieticians around the country.

For the first time this year, the RVA 25 list included an additional set of rankings to highlight companies with less than $1 million in annual revenue.

All 32 of the companies will be honored by Richmond BizSense at an exclusive event later this month.