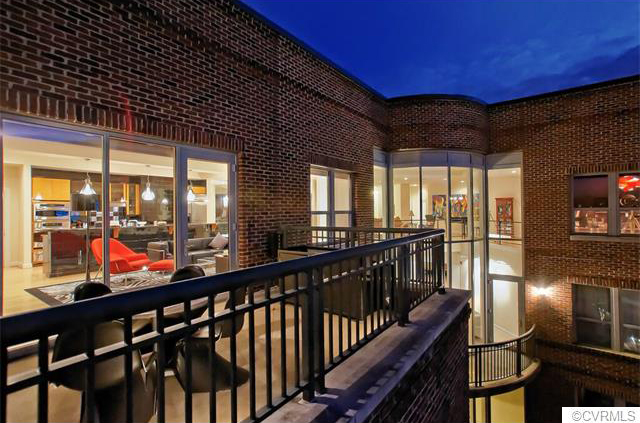 A Rocketts Landing condo once eyed by Steven Spielberg topped the list of the highest-priced home sales in the Richmond area in September.

The seller, Kevin J. Kennedy Sr., had previously listed the property for $2.35 million in late 2013. The property didn’t sell and was taken off market for several months before it was relisted June 1 at the reduced price. 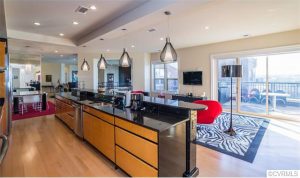 The condo has four bedrooms and 3.5 bathrooms.

“It is a very unique property,” Stevens said. “There’s nothing else in the Richmond market like it. It had leather wall coverings from Italy on some of the walls. Everything was just to the nines.”

Despite the out-of-town interest, the unit ultimately went to a local physician, said Lucy Williams, who represented the buyer. Williams, an agent with The Steele Group | Sotheby’s International Realty, declined to identify the buyer, whose name had yet to be added to Henrico County property records as of Tuesday.

Williams did say the buyer, who resides in western Henrico, intended to use the condo as a second residence.

The condo is in the Village at Rocketts Landing complex.

Built in 2007, the riverfront condo features dramatic views of the city skyline, accentuated by solar-filmed windows that span the unit’s two stories. With four bedrooms and 3½ bathrooms, the unit also has a private terrace, fireplaces, a gourmet kitchen and two wet bars, as well as water features, chandeliers and custom solar shades.

Stevens said the property caught the attention of Steven Spielberg, who asked to rent it while he was in town filming the movie “Lincoln” in 2011. She said she heard the unit’s owners at that time turned him down, prompting the legendary director to look elsewhere, ultimately choosing a 15th-floor condo in the Vistas on the James.

The condo is the second Rocketts Landing property to top monthly home sales this year. In March, a 5,400-square-foot townhome in the Riverbank Terraces sold for $1.87 million.

Stevens said the forthcoming Stone Brewing facility and other investment in the area is spurring interest in Rocketts Landing.

We moved Mr. Spielberg out of this unit (he did not hire us a management company did). It is a beautiful unit and I am sure it helped him enjoy his time in Richmond! So My Guys Moving was one of the many local companies that made a little money from the movie being filmed in Richmond. I am sure the new owner will enjoy his view for this condo!