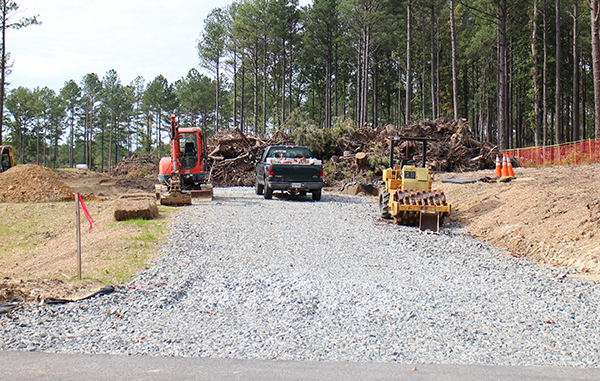 The next phase of West Creek is beginning to take shape.

The Pruitt Cos. is in the early stages of planning a retail and hotel component to its 230-acre Notch at West Creek development.

Michael Pruitt, who is behind the project along with Thomas and Tommy Pruitt, said they are for now gauging interest in this new phase of the development. It would potentially include 55,000 square feet of retail space and a 130,000-square-foot hotel on 10 acres fronting Broad Street Road.

The Pruitt family owns West Creek, a 3,500-acre business park, along with the Riverstone Group, which is part of Bill Goodwin’s CCA Industries. The Notch is the northernmost piece of West Creek. 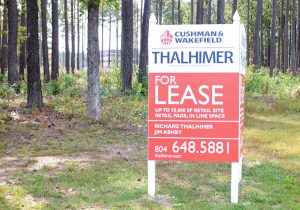 The upcoming retail space is being marketed by Cushman & Wakefield | Thalhimer.

“They have their choices in Short Pump, but having something in this area, we feel, would make sense,” Pruitt said.

The 10-acre plot sits just over the county line and would carry the momentum of Short Pump farther westward into Goochland. Just to the east, GreenGate, West Broad Marketplace and Broad Hill Centre, three new large mixed-use projects, are in various stages of development. Each of those has a retail component and they sit just west of Short Pump Town Center, of which the Pruitts own a stake.

“There’s a lot happening up there, especially along the Broad Street corridor,” Pruitt said.

Pruitt would not say whether a hotel operator has already shown interest in the planned hotel, nor did he say if any tenants have considered renting in the 55,000-square-foot retail space. A timeline has not yet been attached to the project.

Presently, work is underway on a new road in the Notch, which will provide easy access to the West Creek Medical Park. The road will eventually provide access to the retail portion, as well.

Pruitt said the company is working with architect Fred Thompson of Dayton Thompson & Associates along with engineer Malachi Mills of RK&K as they prepare to move forward with the retail work.