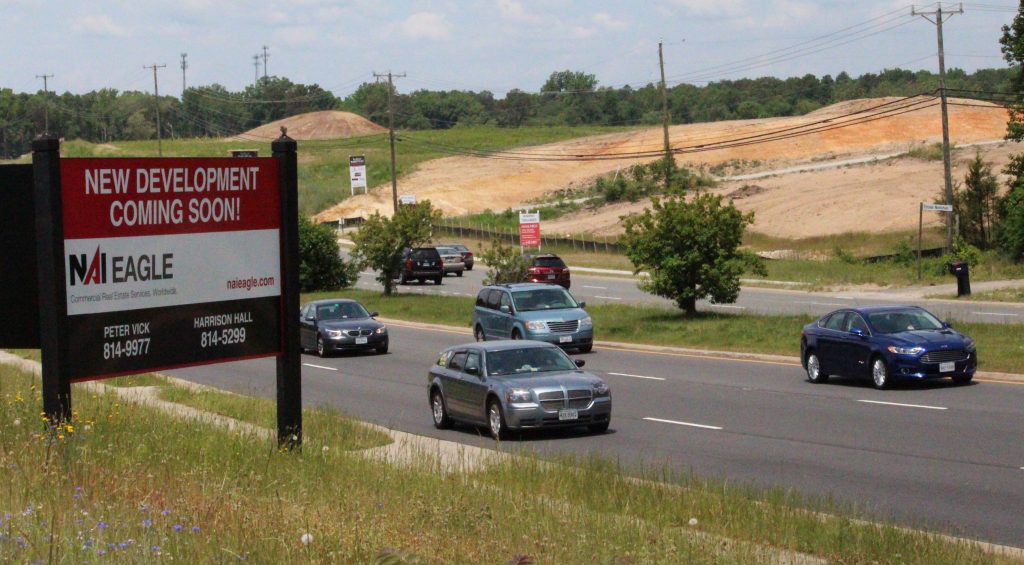 This time next year, a long stretch of West Broad Street will be largely unrecognizable.

A total of about 206 acres just west of Short Pump and just east of the Goochland County line will soon boast more than 790,000 square feet of commercial space, including at least two new grocery stores, and about 814 residential units.

Much of that transformation is now underway.

Work has started at the 61-acre West Broad Marketplace, where the shell of retailer Cabela’s first Richmond store is already visible from West Broad Street. Site work on the project is about a third of the way completed, according to Judd Bostian, leasing director and project manager for Northern Virginia-based NVRetail.

Bostian said he expects site work to be completed by the end of the year, and vertical construction on the rest of the 440,000-square-foot development will start shortly thereafter. 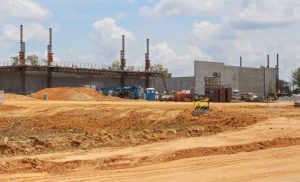 Crews are raising the future home of Cabela’s at West Broad Marketplace.

In addition to the 97,000-square-foot Cabela’s, a 140,000-square-foot Wegmans supermarket will also anchor West Broad Marketplace. The development will have space for an additional 22 to 25 commercial tenants. Cabela’s is tentatively scheduled to open in April or May of next year, and Wegmans should follow two months later.

“We really see ourselves as set apart with the anchors we have,” Bostian said. “With the Cabela’s and Wegmans, you’re normally drawing from a larger radius than some of the other types of centers in the market.”

Bostian said NVRetail is in talks with at least three smaller anchors right now, as well as several national and regional retailers and restaurants. He declined to give specific names.

As West Broad Marketplace prepares to draw in consumers with its retail, Cory Atack from Atack Properties is hoping some of those shoppers might make Broad Hill Centre their home.

“We’re very excited about how everything is synchronizing together with NVRetail,” Atack said. “They’ve been good neighbors for us and have worked out well.” 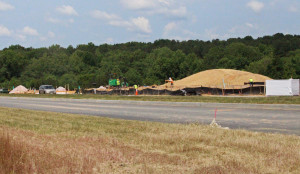 He said he thinks the developments complement each other nicely, with Broad Hill Centre supporting 70 percent residential space, while West Broad Marketplace is 100 percent retail.

Broad Hill Centre’s commercial space includes a 170,000-square-foot medical park for Bon Secours, and Atack said he has an agreement in place for a 2-acre retail site on the property. He would not name the buyer. Another 1.5-acre parcel is also available and should support either a gas station or fast food restaurant.

Atack said the entire development is on schedule and could be completed within two years.

Immediately across from the two developments, work on the 75-acre GreenGate development has yet to get started. But Markel | Eagle Principal J.B. Gurley said construction is on the horizon.

The development will support roughly 180,000 square feet of commercial and office space. The goal, Gurley said, is to have the first retail space open in the summer of 2016, followed by the first office building in the fall.

Gurley said a grocer has signed on for 36,000 square feet, but he would not identify the company.

“We’re also working with local restaurateurs, who are going to be, we hope, at the heart of what we do and what we want to be,” Gurley said. “Our plan is to give GreenGate more of a Carytown, Fan-type feel, rather than your typical Short Pump development.”

Of the 70 acres at GreenGate, about 30 will be kept as open space for the residents of the 200 single-family homes and 50 townhomes that are also planned for the site.

Gurley said Markel | Eagle, which helped put nearby West Broad Village on stable ground, wants to have the commercial space completed before residents move in. Work on the residential portion will likely get started in 2017.

“I think we’re going to be very unique relative to what’s surrounding us – ours will be the only development that will be fully integrated, in that you can live at GreenGate, have your office at GreenGate, and eat at GreenGate,” Gurley said. “We believe we will be a model for developments going forward.”

As well, Landbridge Development and Atack Properties go before the Goochland County Planning Commission in June for a 60,000 SF Memory Care Facility across from the entrance to Broadhill Centre. This will be Landbridge’s second such facility in the Richmond burbs.