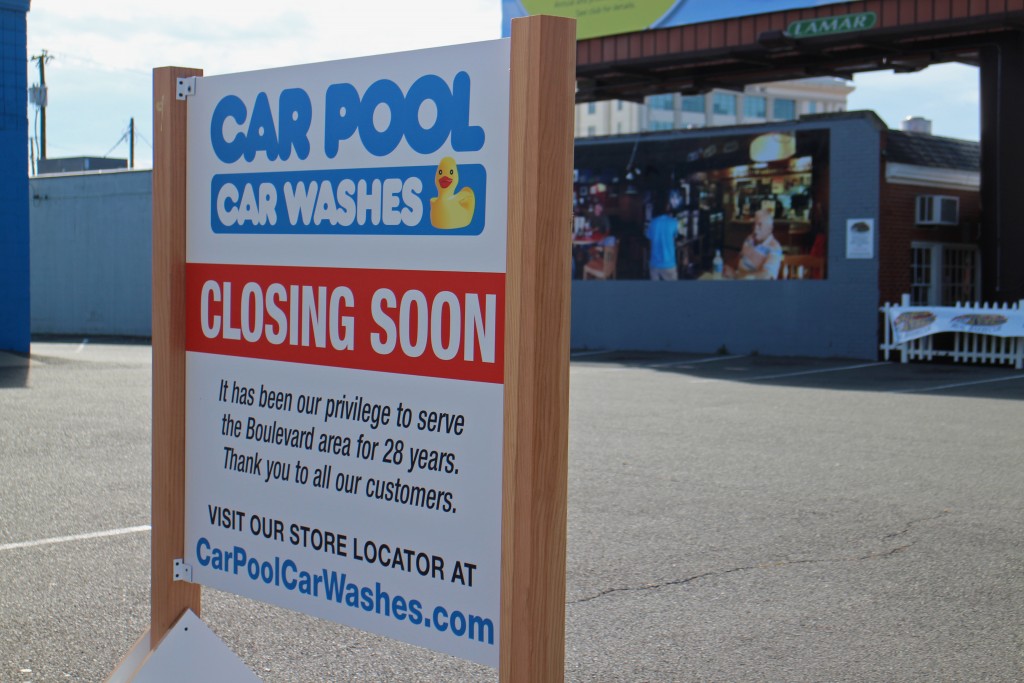 Car Pool on Boulevard will soon be shutting down. Photos by Michael Thompson.

With the neighborhood around it getting a new shine, a longtime car wash on North Boulevard is shutting down as its prime real estate changes hands.

The Car Pool at 1203 N. Boulevard is closing Oct. 31 after 28 years in business. Car Pool CFO Mark Harrison said the parcel, which is less than 1 acre, is in the process of being sold to an undisclosed buyer.

“It is being sold,” Harrison said. “It will no longer be a car wash.”

Harrison said the closing of the Boulevard Car Pool will help the company operate more efficiently. It will still have seven open locations in Richmond following the closing. Car Pool is owned by local private equity group Virginia Capital Partners, which bought the brand in 2003. 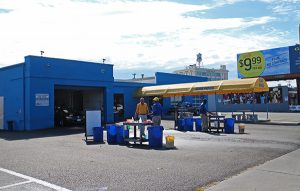 Car Pool sits between Buz & Ned’s and the Cort building.

“We felt that we could maintain our customer satisfaction and continue to do so because we had two locations within 2 to 3 miles of the Boulevard location,” Harrison said.

While he would not comment on the identity of the buyer or the pending sales price, Harrison said the property has been on the market since January. It was most recently assessed at $817,000, according to Richmond city records.

The car wash is surrounded by a slew of recent and ongoing developments as that section of Boulevard and neighboring Scott’s Addition continue to evolve.

Ed Lacy is behind the entity that owns the neighboring properties at 1205 and 1207 N. Boulevard, where Cort Furniture Rental and a local production studio have recently signed leases.

Lacy, who is also an investor in Colonial Shooting Academy, declined to comment on the Car Pool deal.

“I can’t comment on anything I don’t own,” he said.

Midlothian-based development firm Rebkee Co. recently redeveloped the nearby Cookie Factory Lofts and owns the land at 927 Myers St. where an Aldi grocery store is in the works.

Rebkee’s Rob Hargett said in an email his company is not the buyer on the Car Pool property.

Local developer Charlie Diradour, who recently redeveloped a neighboring North Boulevard gas station into a Starbucks and beer shop, said he is not involved in the purchase.