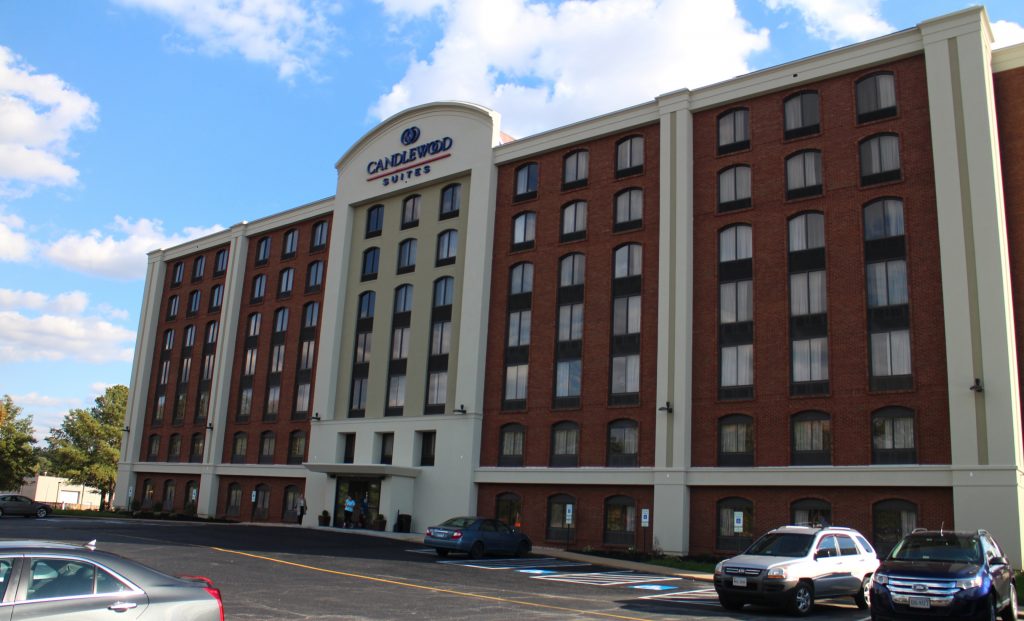 A Henrico hotel property was recently converted into a Candlewood Suites.Photos by Katie Demeria.

A Henrico County hotel has been revived under new ownership and a new flag after being purchased out of foreclosure.

The brothers, who own two other hotels in the area, purchased the six-story, 2.16-acre property in July 2014 from a Texas-based special servicer for $2.2 million. They then closed the hotel and began a renovation in December, reopening as a Candlewood on Sept. 25.

“I think the market is in good shape right now,” Mayur Patel said. “We have a great product, and compared to the typical Candlewood, we’ve done a lot more upgrades.” 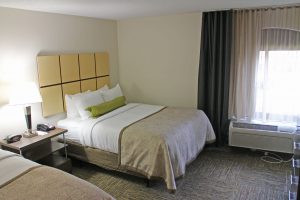 The renovations cut the number of rooms by about 80 and expanded each suite.

As a Days Inn, the hotel had 179 rooms. The work the Patels put in reduced it to 98 rooms, with more spacious suites, new furniture, plumbing and electric fixtures.

“We gutted the whole property,” Patel said. “We did everything. There is nothing old from the Days Inn left in the building.”

He declined to name the general contractor that did the work on the property and wouldn’t say which bank provided financing for the renovations.

The Patel family has been in the hospitality business for two generations. The two brothers founded KM Hotels in Roanoke and Allegiance Hospitality, under which the Candlewood Suites is owned, about four years ago.

KM Hotels owns two Hampton Inn & Suites in Richmond, one about a mile away from Dickens Road on Glenside Drive and another in Virginia Center Commons. The Patels also own the former Skilligalee Restaurant in front of their Hampton Inn at 5416 Glenside Drive with plans to convert it into another hotel. Henrico County approved the plan earlier this year.

Their new Candlewood property has plenty of other nearby competition, but Patel said it fills a hole in the Richmond market for mid-tier priced hotels.

“There aren’t any middle-tier hotels for long-term stays in the area,” he said. “It’s a good niche to fill, we’ve had success. We’ve had some clients that are long-term that are moving to this one that we’ve had for years.”

The other Candlewood Suites in the area are located near Short Pump, the Richmond International Airport, between Richmond and Ashland, and on the Southside.

The renovation was a success! Rooms are spacious and lovely. The attractive patio with fire pits makes a welcoming place for quiet relaxation or gathering with friends! Nice job!

Awesome improvement and I have been inside it is first rate. Excellent rehab on the old building but if you want to know the general contractor call the County and get the information off the building permit.