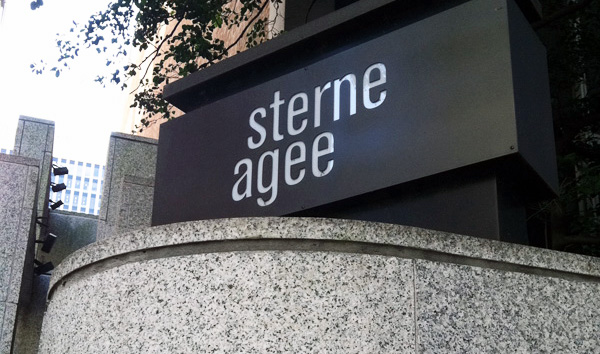 A $2 million check and a bankruptcy creditor’s claim for potentially millions more are helping bring a resolution to lingering disputes over the remains of a Richmond financial firm.

A pair of settlements has been reached in two lawsuits tied to the now bankrupt shell of Anderson & Strudwick, a longtime downtown investment banking firm that was acquired by an out-of-town buyer in 2011.

In one settlement, Sterne Agee, an Alabama-based investment firm that purchased the bulk of A&S’ assets four years ago, agreed to pay $2.25 million to resolve a dispute with the bankruptcy trustee over whether Sterne should be on the hook for the debts and liabilities of A&S. Much of those liabilities stemmed from class-action lawsuits filed over an apparently botched IPO of a Chinese drug company that A&S was involved in in 2011.

The second settlement would set a cap of $14 million on the amount of debt claims that could be made by a group of disgruntled shareholders from that Chinese IPO for Tibet Pharmaceuticals. A&S served as the underwriter in the IPO and allegedly helped disseminate untruthful prospectuses to investors. 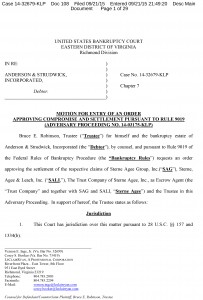 That $14 million figure would be included on the list of claims from A&S’ unsecured creditors. While collecting on that full amount is unlikely, Tibet shareholders will receive the bulk of any assets recovered down the road by the trustee.

The bankruptcy of the leftover shell of A&S goes back to May 2014, when a former A&S executive petitioned to push the surviving post-Sterne-acquisition entity into an involuntary bankruptcy.

The case was confirmed that June, and a Chapter 7 trustee was appointed to search for other assets and debts. The bulk of the initial assets was the $1 million that was apparently set aside in escrow as part of the deal with Sterne Agee. The potential debts were eventually found to be around $22 million, thanks to possible damages from the pending class-action cases, which were eventually rolled into one case.

A judge then ruled that Sterne could potentially have to cover some of those liabilities as a “successor-in-liability,” because it bought A&S and thereby bought its obligations.

Complicating the matter was the fact that Sterne was itself in the midst of being acquired by St. Louis-based Stifel. That deal closed this June to the tune of $150 million.

Ultimately, a federal bankruptcy judge in Richmond approved the two settlements last week, ruling that they are in the best interest of the A&S estate and its creditors.

The $2.25 million that Sterne agreed to pay is contingent upon confirmation of the class-action settlement, which is expected likely early next year after efforts to notify shareholders are completed and a fairness hearing is held in federal court.

That $2.25 million will eventually be paid into the bankruptcy estate to be divvied out to creditors.

The other settlement also prohibits the Tibet shareholders from further filing suits against Sterne Agee.

The trustee in the case is Bruce Robinson. He is represented by LeClairRyan attorneys Vernon Inge and Corey Simpson Booker.

Commenting on news of the settlements, Inge said: “While no settlement leaves the parties completely happy, the trustee believes that these settlements are good for the estate because they should get some funds to creditors without the big risk of the case being insolvent.”

This is a classic fraud template. Steal from masses and sell the assets and bankrupt the shell company and the court will not prosecute you. What happened to the $16.5 million dollars collected from many people in the IPO? After deduction of trustee fees and legal fees, the victims will get almost nothing. This was a JUNGLE JUSTICE.