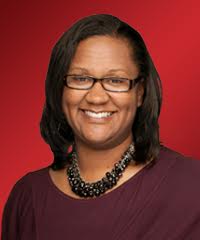 Randall Branding has picked up the following accounts in recent months: Lynchburg-based Harman Eye Center, which hired the agency to create a messaging platform and update its brand with a new logo, website and supporting materials; TMI Consulting, which is looking to streamline and improve the user experience of its website and create marketing and consulting support materials; and Good Run Research, which is looking to improve its online presence.

The agency also developed a new logo for the VCU Department of Health Behavior and Policy, and it is redesigning websites for Midlothian subdivisions Rountrey and Collington and creating a logo, business cards, website and supporting materials for business ethics consultant Work & Think. 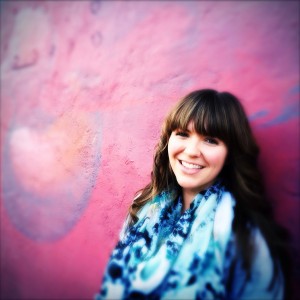 The Park Group is moving its Shockoe Bottom production studio to a 15,000-square-foot space at 1207-B N. Boulevard.

The King Agency promoted Laura Hunt to vice president, director of client services. Hunt has spent seven years with the agency, where she has focused on client management and marketing solutions.

93 Octane has moved into a new space at 105 E. Grace St., where it is working with CordiaGrad on a new brand identity, website and banner ad campaign. The agency is also working on new websites for Youth With a Mission, Dumbarton House and Hilb Group. And for a fifth year, the agency created a campaign for the Fan Holiday House Tour, to be held Dec. 12 and 13.

Renita Wade has joined Madison + Main as art director. Wade arrives from Washington, D.C., where she was a principal at Visual Acuity, senior graphic designer at Voice of America and a professor of graphic design at The Art Institute of Washington.

Addison Clark is also working with Hanover Country Club on rebranding efforts, which will include the development of a new website.

Think804 was hired by Impression Marketing for a rebranding of Richmond Alarm Co. Work focused on logo design, brand development and website design for multiple branches.

HeliumStudio was selected to redesign the website for the health-psych division of the American Psychological Association. The new website is expected to launch in January. 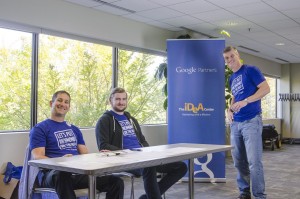 The Idea Center’s Let’s Put Richmond on the Map event.

As part of its agency partner status with Google, The Idea Center hosted a free workshop on Oct. 22 for Google’s “Put Your City on the Map” campaign. Attendees were shown how to claim and manage their business listings on Google Maps and how to grow their business online with search engine optimization.

Charles Ryan Associates facilitated the rebranding of longtime client Southeast Tourism Society with the creation of a new logo, which features a camera aperture design and four colors signifying the nonprofit’s strategic initiatives for its members.

The Hodges Partnership has been retained by Taradel LLC, a Glen Allen-based marketing firm that has made the Inc. 5000 list of fastest-growing companies for the past eight years. The agency will implement a campaign focused on business-to-business marketing and media relations.

Free Agents Marketing developed a campaign for EVB in honor of the first anniversary of its POWER (Potential of Women Entrepreneurs Realized) program. Featuring EVB customers from across Virginia and original photography by Casey Templeton, the campaign included a television commercial, digital outdoor billboards, display ads and print.

FAM also partnered with Enhanced Revenue Solutions, a Houston-based medical billing company, on a brand identity project that included a logo update and creation of a new website, display materials, a brochure and other materials.

The Martin Agency has been named agency of record for Land O’ Lakes, which previously spent 80 years with fellow Interpublic Group-owned agency Mithun, according to Adweek. It also developed a new branding campaign for Tic Tac, as reported by Advertising Age.

Martin lost out to Havas Worldwide for an account with Weight Watchers, according to Adweek. It is one of four finalists vying to become the new agency of record for American Airlines, competing with Energy BBDO Chicago, Crispin Porter + Bogusky and Bartle Bogle Hegarty, according to the Chicago Business Journal.