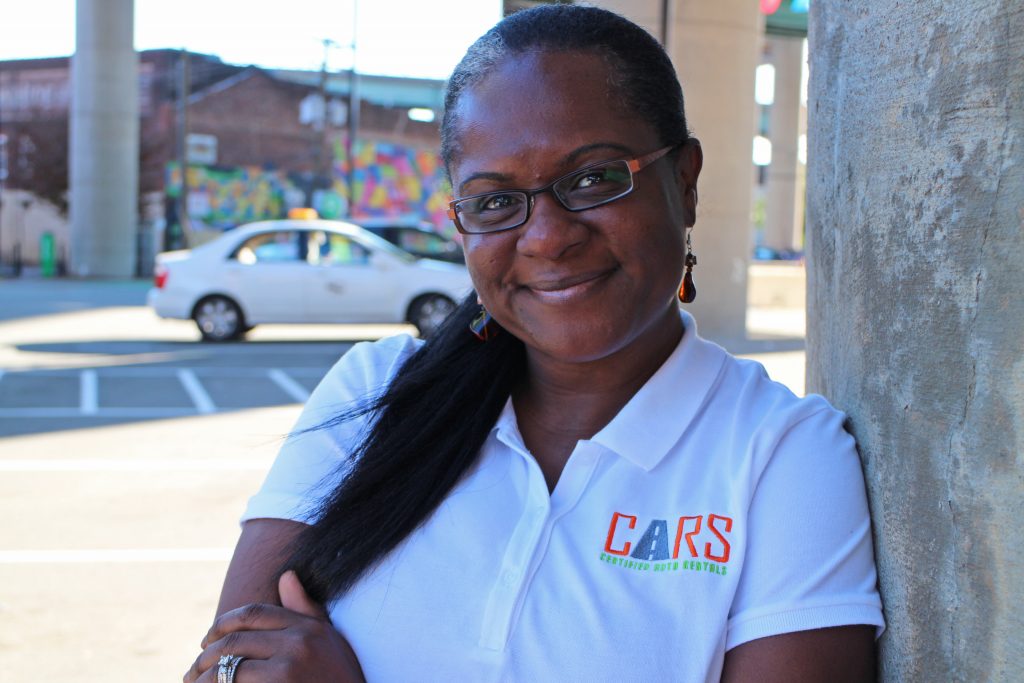 Coretta Kingston was running a car rental business at the Charlottesville airport when she says she realized her industry was veering into a new age.

It was 2012, six years after Kingston got into the rental industry as an independent contractor and, more importantly, three years after the launch of the ride-hailing service Uber, which, along with competitors like Lyft, has since grown to challenge traditional business models of vehicles for hire.

“All I knew was we had to change the business model to adapt to the market,” Kingston said. “I began to realize that the on-demand trend is beginning to pick up a lot of traffic in dense population areas. It’s almost like the scales came off my eyes.”

Today, Kingston, 38, has a different view of things from her office in the SunTrust Center in downtown Richmond where she is working to launch Certified Auto Rentals, a self-service, on-demand car rental company fueled by a smartphone app. 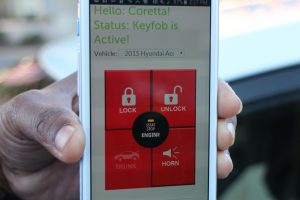 CARs members access their vehicle through a smartphone app.

Set to go live later this year, the CARs app will allow users to locate available cars on their Android phones (other mobile platforms will follow) and rent a vehicle by the hour. The app will let people lock and unlock the car, which Kingston successfully demonstrated with a prototype of the app, and access keys kept in the glove box.

Customers must return the car to the same spot after their trip.

Kingston said CARs has its sights set on her estimate of the more than 10,000 people in Richmond who do not own personal vehicles.

“Our model is basically a round-trip model,” Kingston said. “We plan to specifically concentrate on that segment that really doesn’t have reliable transportation.”

While the company is still finalizing its full pricing, the initial plan is to charge $15 an hour per vehicle with the first 75 miles included and 30 cents a mile thereafter. New members will pay a onetime $30 application fee. Renters must be at least 21 years old, have a current Virginia driver’s license, and a clean driving record to be eligible to use the app. It is also considering a tiered membership structure.

The company currently has one vehicle in its fleet, a 2015 Hyundai Accent, which has a designated parking space at Main Street Station downtown. Kingston said she has put about $25,000 of her own money in the business so far. She said the technology for the app came with tracking and diagnostic hardware bought from Delphi, an automotive technology company.

Kingston said CARs provides an alternative for people who want to be in the driver’s seat as opposed to catching rides with Uber and Lyft drivers. 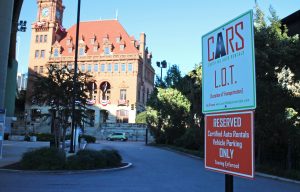 CARs currently has one designated space in the Main Street Station parking lot.

“If you want to get behind the wheel, go, and be done with what you need to do, then CARs is for you,” Kingston said.

In addition to competing in Richmond with traditional rental companies, taxis and Uber, CARs will face competition from Zipcar, which also sells memberships allowing users access to on-demand cars by the hour. Zipcar set up shop in Richmond in 2010, targeting VCU students. The company is owned by rental car goliath Avis Budget Group. Zipcar has about a dozen cars in the Richmond area, according to its website, with a lot at MCV being the closest to Kingston’s parking space.

CARs operations manger Gerard Williams said CARs is different from Zipcar because Zipcar charges a membership fee regardless of usage.

“With us you only pay for what you need,” Williams said.

Kingston said three more cars are in the process of being added to her fleet, and she is working with the city of Richmond to lease more CARs-designated parking spaces. She hopes to make inroads with local colleges and have parking spaces on or near apartment complexes.

“We’re also trying to reach out to developers,” Kingston said. “We think it will be a great amenity attraction tool.”