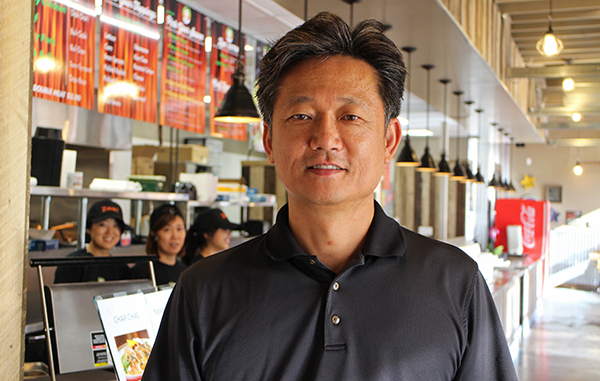 Derek Cha is back in Carytown.

Cha, who started Sweet Frog with a location in Short Pump in 2009 and grew it to hundreds of locations, launched Zzaam last year with a food truck in Richmond and later a brick-and-mortar location in Charlottesville. 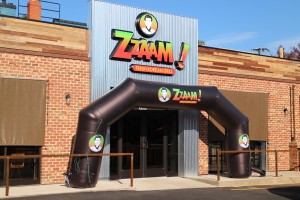 Zzaam took over the space at Cary and Dooley streets.

Zzaam specializes in customized Korean bowls. Customers have their choice of rice, noodles, salad, or kimchee burrito. Large meals cost about $7. The restaurant is open for lunch and dinner seven days a week.

Cha said it cost about $700,000 to get Zzaam open in Richmond, which he financed himself.

Cha said Zzaam will have 20 beers on tap once it gets its ABC license. The space has a large patio along with 10 parking spaces.

The opening marks Cha’s return to Carytown after selling his controlling stake in Sweet Frog to a local private equity group earlier this year. The sale included Cha’s stake in Sweet Frog’s Carytown location, which sits a few blocks up from Zzaam at 3137 W. Cary St. and was a player in a close-quarters fro-yo war.

Cha still owns more than a dozen franchised Sweet Frog locations and a minority stake in the company.

And just as he grew Sweet Frog to hundreds of locations around the country with both corporate-owned and franchised stores, Cha said more Zzaam locations are in the works.

“I want to open more locations in Richmond,” Cha said. “But I really want to focus on franchising.”