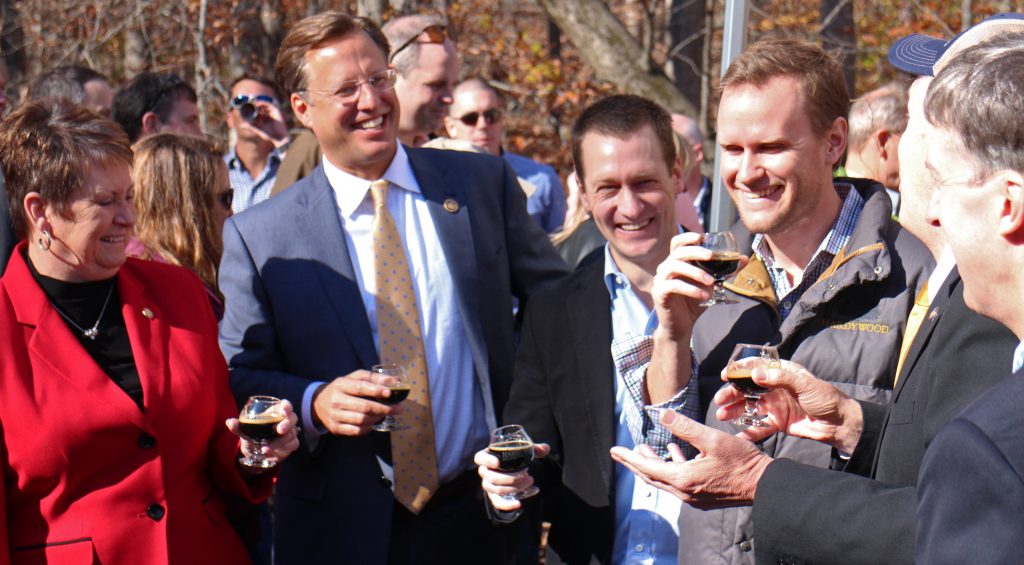 The next chapter of Hardywood Park Craft Brewery is eight scoops of golden-shoveled dirt closer to reality.

The Richmond beer makers on Friday broke ground on their second facility, a 60,000-square-foot brewery on a 24-acre lot in the West Creek business park in eastern Goochland County.

Announced in July, the $28 million project will include a packaging and distribution facility, a taproom, walking paths and gardens, additional equipment, and an amphitheater with views of the adjacent Tuckahoe Creek.

Atop a hill overlooking the creek Friday, Gov. Terry McAuliffe and other state and local officials joined Hardywood co-founders Eric McKay and Patrick Murtaugh in the groundbreaking ceremony, which followed the county’s approval of conceptual plans earlier in the week. 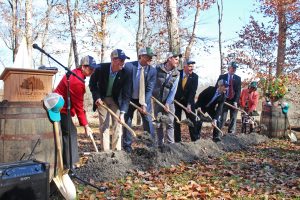 That approval clears the way for Hardywood to file engineering plans with the county and the state. Construction is scheduled to start in December and continue in three phases, with the first phase to open in spring 2017.

Aided by more than $1 million in state grants and additional matching funds pledged by Goochland County, the facility is set to add 56 jobs and triple the current barrel capacity of Hardywood’s original brewery on Ownby Lane near the Diamond. The new brewery is an expansion of the facility in the city, which will remain operational and work in conjunction with the new brewery.

McAuliffe said the investment by the state is warranted considering Hardywood’s investment in Virginia. McKay has said he and Murtaugh considered 150 locations before deciding on West Creek, and McAuliffe has said the $28 million facility would use 300,000 pounds of product from Virginia farmers – a commitment from the brewery that he said would create $1.4 million of agricultural activity.

The Hardywood Gingerbread Stout offered to attendees for a toast was brewed with honey from Goochland’s own Bearer Farms, as well as ginger grown at Casselmonte Farm across the river in Powhatan. 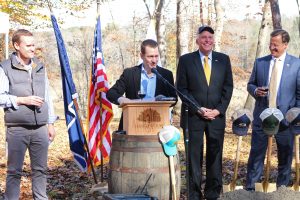 McKay, flanked by Murtaugh, McAuliffe and Brat, speaks before the groundbreaking.

“This is a big, big investment for the commonwealth of Virginia,” McAuliffe said. “It’s an investment in these two guys, because they have put their own money up to invest in us. This truly is a great partnership.”

In his remarks, McKay thanked McAuliffe, other supporters and the brewery’s employees for helping to make the expansion a reality. He also acknowledged the breweries Hardywood is joining in Goochland: Lickinghole Creek Craft Brewery and Midnight Brewery.

“Today marks a beginning for a new chapter for Hardywood,” he said. “We can’t wait to become a cultural center in the heart of beautiful West Creek.”

Added Murtaugh: “I don’t think we ever could have guessed that our little homebrew system that we tinkered on over a decade ago would lead to the juncture we’re at now.

“Our hope is to create a truly unforgettable brewery experience revolving around unique beers, live music, and community engagement, all amongst this beautiful setting here in West Creek.”