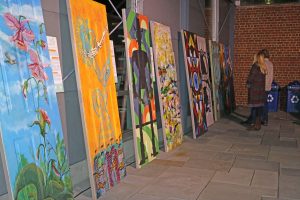 The Greater Richmond ARC, which serves individuals with developmental disabilities, assembled about 18,000 runners’ packets for the Anthem Richmond Marathon, which took place Nov. 14.

The Doorways was awarded a finalist distinction for its marketing materials from the Healthcare Hospitality Network Inc. as part of the annual Best of HHN competition.

Savor 2015, an annual event held at The Jefferson Hotel, raised $304,077 to benefit The Doorways. Funds will be used to provide lodging, meals and other support services to individuals and families in medical crisis. 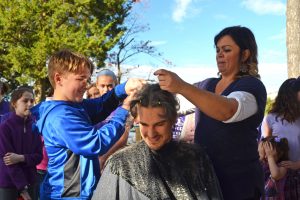 Teacher Chris Maher gets his hair cut by students.

Performance Food Group donated more than 750 personal computers to the Tech for Troops Project, a Richmond-based nonprofit that refurbishes computer equipment for veterans in Central Virginia.

Students at St. Edward-Epiphany School shaved the head of their teacher, Chris Maher, in support of the Richmond Walk to End Alzheimer’s. They raised close to $8,000.

The 2015 Massey Street of Hope raised more than $675,000 for the VCU Massey Cancer Center, which will receive a $1 million donation with eligible matching grant funds. The donation is a combination of sponsorships, ticket sales, the sale of the Home of Hope, special events and a matching grant of $375,000. Hallsley developer East West Communities coordinated the event, which was held in the Midlothian community in September and featured homes from Biringer Builders, Falcone Custom Homes, Homesmith Construction, Main Street Homes, Perkinson Homes, Ray Williams Custom Homes and Youngblood Properties.

Hollywood Cemetery has broken ground on the first of three James River overlooks, designed by Van Yahres Studio and supported by the Dominion Foundation and the James River Garden Club. 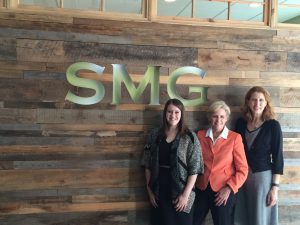 Henrico High Schools’ Center for the Arts, a specialty center for theater, dance, musical theater and visual arts, is celebrating its 25th anniversary this year. 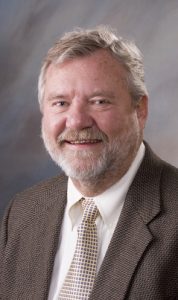 LeClairRyan was recognized in the 2016 edition of Benchmark: Litigation as a “Highly Recommended” firm in Virginia, and eight of its attorneys were recognized as “Local Litigation Stars” in their individual practices.

LeClairRyan was named one of the Best Law Firms for 2016 by a U.S. News & World Report and Best Lawyers listing.

LeClairRyan’s Everette G. “Buddy” Allen was chosen to serve as outside general counsel at Randolph-Macon College, serving the college on various legal and operational issues.

Williams Mullen’s Allison Domson has taken over as the chair of the firm’s Diversity Committee, which aims to further the firm’s corporate culture as one of inclusion.

Snagajob was named by Great Places To Work as one of the best small and medium workplaces in the United States. The list is published by Fortune magazine. This is the eighth consecutive year that the company has been recognized for its workplace culture. 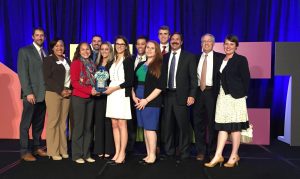 Luck Stone, a Richmond-based division of Luck Cos., has launched Luck Ecosystems, a business dedicated to improving the environment. The business transforms raw materials like soil and sand to improve sports fields, support plant growth and naturally filter storm water.

The Great Richmond Chamber awarded its 2015 Impact Awards to the Hardywood Park Craft Brewery and Luck Cos. Workshop Digital and Dixon Hughes Goodman won the Young Professionals Workplace Awards, and Risk Based Security Inc. and Capital One won the Innovation Award.

Glen Allen-based Keiter was awarded the 2015 Edge Award for Best Marketing Initiative in a niche area by LEA Global, an international association of accounting firms. The firm was recognized for its EmergingRVA program, aimed at educating and advising emerging companies through their next stages of growth.

Design 2015: A Retrospective of Winning Work will be on display at the Branch Museum for Architecture and Design until Jan. 3, 2016. The exhibit includes recognized pieces of architecture, interior design and preservation projects by mid-Atlantic architects and designers.

Neathawk Dubuque & Packett won four Summit Awards from the Blue Ridge Chapter of the Public Relations Society of America for excellence in public relations due to work it did on behalf of the Virginia Museum of Fine Arts. 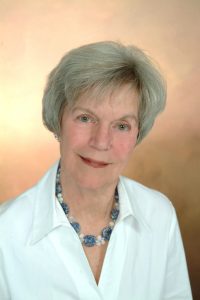 Henrico Doctors’ Hospital was recognized as one of the nation’s 100 Hospitals with Great Heart Programs by Becker’s Hospital Review.

The Southside Health Education Foundation will recognize four individuals at its eighth annual Wine & Dine at the Jefferson Hotel later this month, including: Thomas and Ellen Lee, longtime supporters of SHEF; Kiana Kimber, a registered nurse; and Suzan Marshall, who assisted SHEF in developing and implementing its Southside Health Careers Exploring Program.

The Medarva Foundation awarded VCU researchers Daniel H. Coehlo and Richard M. Costanzo a $693,000 grant to continue research and developing the use of electrodes to stimulate and restore sensory receptors in patients who have lost their sense of smell. 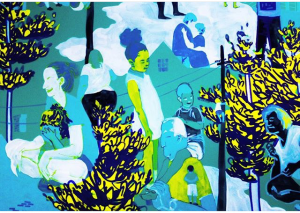 “Party on the Avenues”

The Westhampton branch of Chesapeake Bank will auction local artist Emily Herr’s “Party on the Avenues” mural through Dec. 1 in an effort to raise awareness and funds for the Evelyn D. Reinhart Guest House, which serves families of patients at Bon Secours St. Mary’s Hospital.