Vance has been retained by Children Incorporated, a locally based international child-sponsorship organization; Donate Life Virginia, the state’s registry for organ, eye and tissue donation; and the Virginia Department of Health, which hired the agency for a second consecutive year to promote its statewide #MisstheFlu campaign. A new video series for that campaign is slated for launch in mid-December.

The agency, which operates out of 804RVA, also developed a campaign concept and partnered with Greenville, South Carolina-based Photoelectric to produce an animated series for MyMealDetective.com, VDH’s new portal for reporting food-borne illness.

Free Agents Marketing has entered into a marketing partnership with Guest Services Inc., a Fairfax-based hospitality management company. The agency was hired following a competitive pitch to develop a cohesive corporate marketing strategy and property-level marketing strategies. Work will include development of Guest Services’ corporate website and seven property websites, as well as creation of a comprehensive digital strategy to include social media, email marketing, and search engine optimization and marketing.

The agency also launched a new targeted TV, web and in-branch marketing program for Village Bank called “Lunch Hour Loans,” and a statewide campaign for the Virginia Energy Sense program, through a partnership with the Alliance Group and Burson-Marstellar. The campaign includes a TV PSA that runs in central, southwestern and southeastern parts of the state, as well as the first in a series of online videos that introduced “Jack,” an animated wall plug that is the new face of the Virginia Energy Sense program.

Parkwood Creative has moved into a space at 201 Hull St. in Manchester. The space will allow the media production agency to set up an edit suite and offer other post-production services in-house.

Creative Visual Design was hired to redesign the websites for Finding Freestyle, a program geared to triathletes learning to swim faster, and T-Room, an aggregation of links to alternative news.

Think804 was retained by RiskSpan, a risk advisory, data and analytics company, for branding and web design. The agency has also been hired by OBH Capital LLC for logo and app design.

Randall Branding has added five new clients. It is redesigning the websites for Dermatology Associates of Virginia and Muster; working on a rebrand for Rusnak Family Dentistry; creating a new logo for Fast Glass; and doing a logo update and website design for 3D Design and Manufacturing.

CO+LAB has hired Paul Schmidt as director of accounts and Jordan Maslyn as a front end developer. A member of the Richmond chapter of the American Marketing Association, Schmidt is tasked with teaching companies how to take an integrated, strategic digital approach to their online presence. Maslyn arrives from Orange County, California, where he worked as a web development consultant with The Cypress Group for seven years.

Charles Ryan Associates worked with Virginia Tourism Corp.’s partnership marketing team to facilitate workshops with 23 communities as part of its 2015 “Drive Tourism” program. The firm also created two videos with Park Group documenting how those communities are changing the face of tourism in Virginia.

The King Agency launched a new campaign for McGeorge Toyota. The “McGeorge @Home” program allows customers to shop, test drive and purchase a vehicle without stepping foot into a dealership. The campaign includes TV and digital and launched this month in the greater Richmond area.

The Martin Agency was one of four finalists considered by American Airlines for its new agency of record. Martin lost out to Crispin Porter + Bogusky, according to Adweek.

Misery Brothers produced its first ad for Texas Beach Bloody Mary Mix. The video, filmed at GWARbar, appears on the brand’s website and is planned to air locally on TV and movie screens. 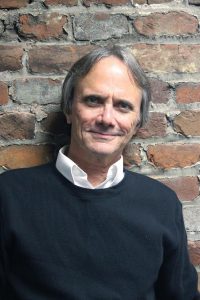 Neathawk Dubuque & Packett has been tapped by Roanoke-based Breakaway Sports & Entertainment to provide strategic communications for the reintroduction of single-A professional hockey to the area as part of the Southern Professional Hockey League. The Roanoke Rail Yard Dawgs begin playing in the fall of 2016.

ND&P has added Mitchell Jordan as design studio lead and Bill Weinstein as creative lead. Jordan collaborated on marketing creative for Showtime shows such as “Dexter,” “Homeland” and “Nurse Jackie” for nearly a decade. Weinstein’s credits include a Cannes’ finalist and One Show gold, as well as work for Microsoft as a writer at Wieden+Kennedy.

The agency won four Summit Awards from the Blue Ridge Chapter of the Public Relations Society of America for excellence in PR work done on behalf of the Virginia Museum of Fine Arts. The awards – three gold and one silver – were for work to promote the exhibit, “Japanese Tattoo: Perseverance, Art, and Tradition,” in the categories of community partnerships, PR campaign, social media and creativity. ND&P won a total of nine awards overall for clients across Virginia.

ND&P also won a gold and a silver award, respectively, in the 16th annual eHealthcare Leadership Awards in the Best Interactive category for MidMichigan Health and VCU Baird Vascular Institute.

The Richmond Ad Club kicked off its 2016 Mentorship Program with a breakfast at Free Agents Marketing. The program, which has 50 participants this year, pairs industry professionals with students and young professionals in the Richmond area.

The club also hosted this year’s AICP Awards at the Byrd Theatre in partnership with the Virginia Production Alliance and the VCU Brandcenter. It has added Anne-Stuart Teter, an account manager at Addison Clark, as its newest board member and sponsorship chair.