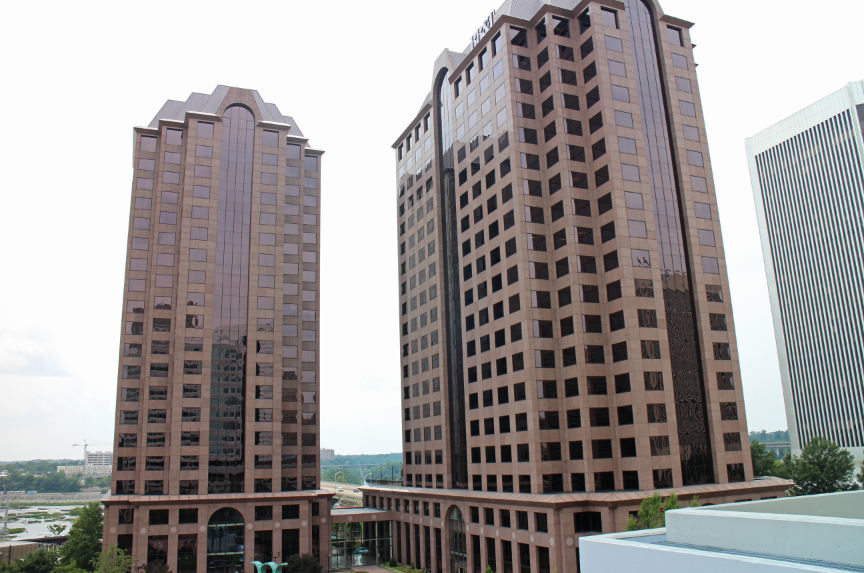 With four big-money deals in the works, a major chunk of downtown Richmond office space is set to change hands as 2016 begins.

The Bank of America Center at 1111 E. Main St. and Riverfront Plaza’s twin towers at 901 E. Byrd St. are under contract to be sold to unknown buyers in deals that may close early next year, according to numerous brokers familiar with the transactions.

And a sale is imminent for downtown’s newest tower, the 307,000-square-foot Gateway Plaza at 800 E. Canal St. New York-based Lexington Realty Trust, which provided financing to the $124 million tower’s developer, Chicago-based Clayco, is expected to close on its purchase of the property any day.

That’s on top of the pending $78 million sale of the Williams Mullen Center at 200 S. 10th St. to an unidentified buyer.

The four sales combined would bring more than 2 million square feet of downtown space under new ownership in a wave of deals that’s unrivaled in Richmond in recent years.

“The last time we had a multi-tenant, significant downtown property sale in Richmond was in 2011, and prior to that in 2008,” said Eric Robison of Cushman & Wakefield | Thalhimer, referring to the Riverside on the James property, which sold for $64 million, and the SunTrust Center, which sold for $75 million three years before. 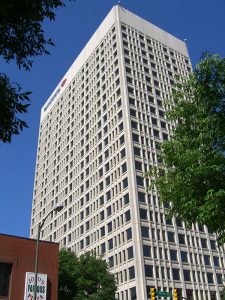 Riverfront Plaza’s two towers, built in 1989, consist of a total of 970,000 square feet, with tenants like Hunton & Williams, BB&T and Merrill Lynch. They have been owned by Texas-based Hines since 2006.

Will Bradley of CBRE | Richmond said the real estate market usually operates on a cyclical basis and is currently reaching its peak after hitting a bottom in 2010 and 2011.

“We had strong sales activity in 2005, 2006 and 2007 in the last cycle, and from the feel of it we’re starting to see sales activity really pick up again,” Bradley said. “Pricing has reached a point where the owners are willing to sell and there’s strong buyer demand to capture that.”

The big deals may also be interest-rate driven, according to Chris Wallace of Colliers International.

“Everyone is expecting interest rates to creep up,” he said. “There’s a flurry of activity to get some deals locked in before the end of the year.”

The pending sales of Riverfront Plaza and the Bank of America Center come as both deal with substantial amounts of vacant space.

That’s added to the vacancy at the three-building James Center on Cary Street, which has nearly 300,000 square feet open to lease after anchor tenant McGuireWoods left for Gateway Plaza.

Downtown Class-A office space sits at an overall vacancy rate of 18 percent as of the end of the third quarter, according to CBRE.

That vacancy across the central business district will continue to fuel a competitive leasing market as the pending new owners begin their tenant search, particularly with the arrival of Gateway Plaza, which still has about 50,000 square feet on the market after attracting several big-name tenants in addition to its anchor, McGuireWoods.

“Competition for tenants will be fierce in 2016 and 2017,” said Charlie Polk, a broker with JLL. “Landlords will need to be aggressive to attract tenants.”

Andrew Cook of CBRE said the change in ownership on the properties could prove positive for the market as a whole. That’s because the deals, at least in the case of Gateway Plaza and Williams Mullen Center, aren’t related to the sale of large, multi-property portfolios. Instead, they’re one-off building sales, showing that “the buyers actually want to own the buildings.”