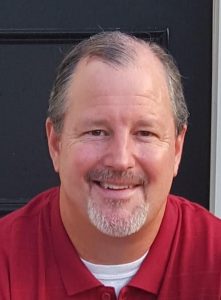 Another local staffing firm is going to work for a larger company – this time for a recruiter who came calling from out of town.

Partnership Staffing, an 8-year-old company based in Henrico, has been purchased by Atlanta-based CorTech LLC, a national staffing and recruiting firm that has been on an acquisition streak lately.

Owner and CEO Bill Auchmoody said Partnership’s growth in recent years made the timing right for a sale. He said the deal with CorTech, ranked the seventh fastest-growing U.S. staffing firm in 2015 by Staffing Industry Analysts, will add resources that will broaden Partnership’s reach and assist with the company’s regulatory compliance.

“It was a point in time where you either join forces and get gobbled up so that you’ve got the resources at hand, or you’ve got to do a lot of reinvestment in the company so that you can stay compliant with the Affordable Care Act or whatever legislation is going on,” Auchmoody said.

“It just seemed to make more sense to me to align with a company that already had those pieces in place.”

Auchmoody said Partnership employs between 250 and 300 workers weekly and places about 1,000 workers annually. Operations are overseen by an in-house staff of seven, all of whom will stay on as part of the acquisition. Auchmoody will stay on as a regional vice president for CorTech.

While customers will see little change in operations, Auchmoody said CorTech will bring valuable resources to Partnership, such as access to more job boards, exposure to more job seekers, in-house legal counsel, a human resources team, and invoicing from in-house, rather than using a third-party vendor.

“The real advantage of joining forces with somebody as big as CorTech is we’ll get access to the Affordable Care Act team that can help us navigate how to distribute our health insurance benefits to the 1,000 people that we’ll employ during the course of a year,” he said.

Auchmoody said his company saw about 25 percent growth last year and remains among Richmond’s largest private employers. In 2013 – the most recent year it was listed – it placed 12th on Richmond BizSense’s ranking of privately held companies based on full-time local employees.

The Partnership deal is the latest in an effort by CorTech to add up to $110 million in sales through acquisitions by the end of 2016. In recent months, the firm has made similar acquisitions in Wisconsin, Wyoming and California, bringing its total field offices to 13.

Kathy Greco, a senior vice president with CorTech International, said the company had been looking to enter the Richmond market for some time and found a good fit with Partnership.

“It’s a great market,” she said. “We’ve had clients that have asked us in the past if we had a presence there.”

The transaction was brokered by locally based Transact Capital, which also advised the recent merger of two other local staffing firms: Lawyer’s Staffing and Accent Professional Recruiting. Managing Director Patrick Morin represented Transact Capital as financial adviser in both deals.

Morin said Partnership attracted interest from across the country, as well as some international inquiries. He said those companies remain keen on entering the Richmond market.

“Richmond has been this little quiet town for so long that I think everybody is starting to realize what a great place not only Virginia is for business but Richmond is for business,” Morin said.