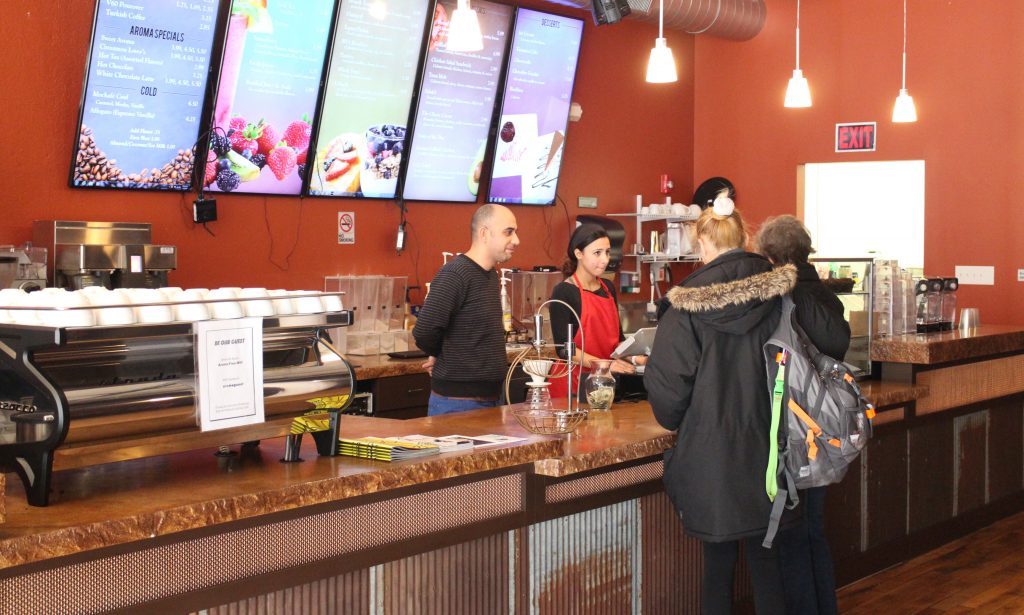 A cafe and a donut shop have settled into their new locations near VCU.

Aroma Cafe opened Dec. 28 at 1322 W. Broad St. It’s the first location for the brand, which is backed by the same people behind Carytown Tobacco, according to manager Eddie Ghazal. The tobacco seller has five Richmond locations and just opened an additional store in Charlottesville.

The new cafe sells breakfast, lunch, dinner, desserts and coffee drinks. It’s open from 7 a.m. to 9 p.m. Sunday to Thursday and until 10 p.m. on Fridays and Saturdays. The hours will likely change in the future, Ghazal said.

Aroma Cafe opened in a 2,450-square-foot space formerly used by the short-lived Richmond franchise of Classic Rock Coffee, which vacated the space in November.

“We already have regular customers,” he said. “The locals and the businesses around, they’ve been supportive.”

Ghazal said the coffee shop has passed out 10,000 fliers to help spread the word. It is also in talks with VCU about sponsoring an event.

Eventually, Aroma Cafe plans to add other locations in Richmond.

“In one year and a half, we’ll open two locations and hope to franchise,” Ghazal said. “From there we’ll expand.”

A grand opening event for the VCU shop is in the works for later this month.

A few blocks east, a new Dunkin’ Donuts franchise opened last month at 900 W. Broad St. The shop is owned by Gregory and Danielle Nigro, who plan to bring at least five new Dunkin’ locations to the region.

Aroma Café has a great selection of coffees, like the Sweet Aroma blend with a hint of raspberry. There’s a Mediterranean flare in their food with homemade baklava and great falafel sandwiches. Very nice staff who all have experience in the food and beverage industry.