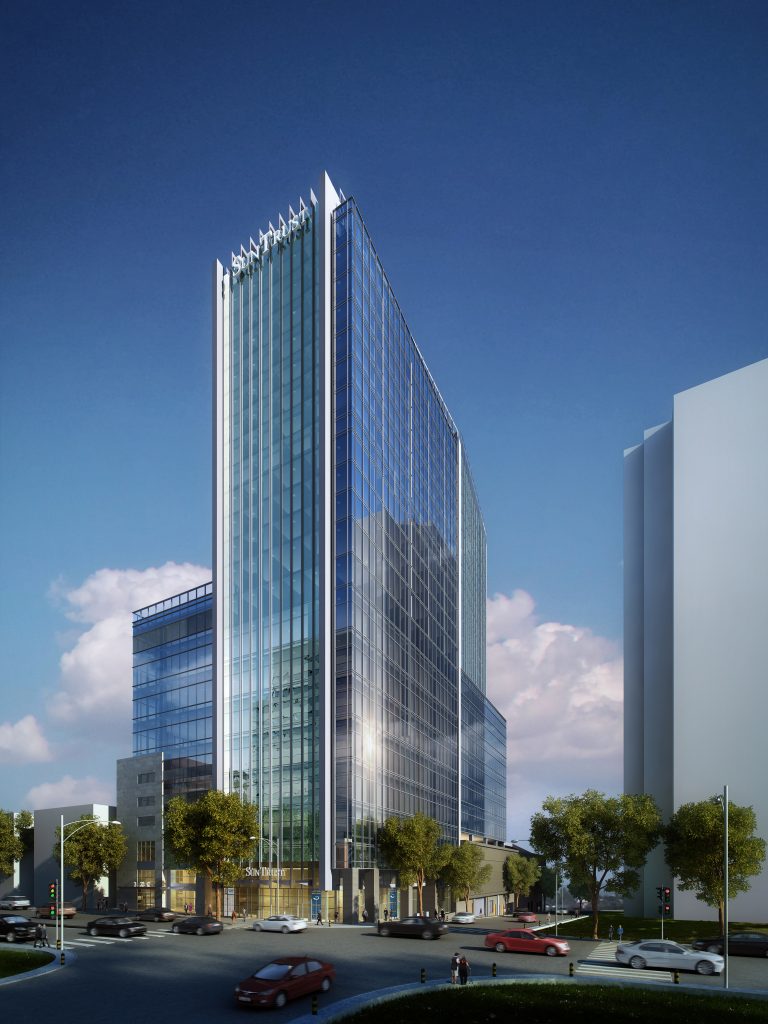 A new 21-story tower is planned for downtown. Renderings courtesy of JDavis Architects.

A real estate shift by one of Richmond’s biggest employers will bring a new addition to the downtown skyline and strike up a game of suburban office musical chairs.

Banking giant SunTrust, which employs about 4,500 workers in the area, announced Wednesday it has signed on to anchor a planned $93 million, 21-story office tower at 10th and East Byrd streets.

Dubbed the Locks at 3Twenty-One, the tower will hold 137,000 square feet of commercial space and 187 apartments. It would be among Richmond’s five tallest buildings.

SunTrust will occupy 53,000 square feet after it moves about 200 employees from its current downtown home at 919 E. Main St.

SunTrust also announced Wednesday a deal to consolidate about 1,000 additional employees from three separate local sites by leasing the entirety of the 212,000-square-foot Westmark I at 11011 W. Broad St.

The downtown tower, which will replace a parking garage at 321 S. 10th St., will be developed and owned by Dominion Realty Partners, a company known locally for its rehab of the John Marshall hotel, among other projects.

Michael Campbell, principal of Dominion Realty Partners, said construction is slated to start this spring. It should then wrap up by December of 2017, when SunTrust will move in. The bank’s 10-year lease will be effective Jan. 1, 2018.

“We’ve been involved in a lot of developments in downtown Richmond and have been looking at this site for quite some time,” Campbell said. “It’s one of the last key development sites downtown.”

John Stallings, SunTrust’s Virginia division president, said the project has been in the works for about a year, when SunTrust began evaluating different opportunities.

“We looked at several options, existing buildings and staying put, but being part of this exciting, new 21-story building on the river has a lot of attraction, and we felt it to be a good fit for what we’re looking for, for our team and our clients,” Stallings said. 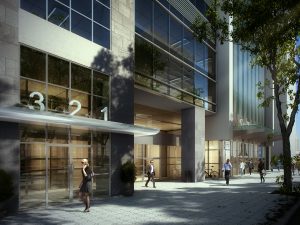 The new tower will have ground-floor retail space and above-ground parking.

SunTrust will take the top two of the building’s five levels of office space and have its name atop the building.

The residential portion of the tower has been dubbed The Residences at 3Twenty-One and will include one- and two- bedroom apartments. The building will also include four above-ground levels of parking.

“It’s going to be a real gem on the skyline,” Cooke said. “It’s a fantastic opportunity, with both new offices as well as residential. It’s a very, very new thing for Richmond, not the same old. It’s a new twist.”

Tenants have not yet been finalized for the additional three levels of office space, Campbell said, and there is room on the ground floor for a retail tenant.

JDavis Architects is designing the project, and Choate Construction is the general contractor. Campbell said he is currently discussing financing with several banks and has not yet selected one.

The Locks, formerly known as the Reynolds North plant, is a multi-parcel project developed by Fountainhead Properties and the WVS Cos. They began the development in 2012 and it now sports 224 apartments and 7,000 square feet of commercial space.

“We’re very happy with this building; we think it will be a great addition to the Locks complex,” Fountainhead’s Tom Papa said. “We have great confidence in (Dominion Realty Partners’) abilities.”

Dominion Realty Partners will purchase the 1.3-acre parcel at 321 S. 10th St. from Fountainhead and WVS just before it begins construction in the spring, Campbell said.

SunTrust’s move into the new building will be a major downtown downsizing for the bank. It currently has a lease for 216,000 square feet at the SunTrust Center on East Main Street, according to Parmenter Realty Partners, which owns the 458,000-square-foot building.

Stalling said some of that space is subleased to other companies, and the lease is due to expire in 2017, just before SunTrust moves out.

Stallings said the space it will take in the Locks building is “comparable in functionality” to the larger space in the SunTrust Center.

Commonwealth Commercial handles leasing at the SunTrust Center for Parmenter. LeClairRyan just moved into 50,000 square feet in the 24-story tower.

In a prepared statement, Parmenter said: “919 East Main Street, at the heart of downtown, now presents a unique opportunity in the market which includes an un-rivaled building-top signage opportunity, street level retail on Main Street, as well as naming rights.”

While Parmenter ponders how it will fill its building, SunTrust’s move to WestMark I will leave three other landlords with space to fill in the suburbs. 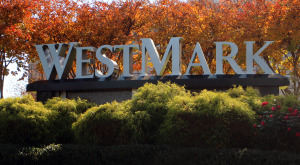 SunTrust will consolidate the rest of its staff at Westmark.

The bank’s 212,000-square-foot lease at Westmark I will begin in November of 2017 and will consolidate employees from three other locations, including the SunTrust Technology Center on Wilmer Avenue, the operations center on Parham Road, and a third Chesterfield location.

“The attraction in both the new downtown location and the SunTrust Center at Westmark both really lie in the fact that we’ll bring all our teammates together under one roof in these two different locations,” Stallings said.

“The landlord was very happy to have a full-building tenant prospect, and they worked very hard to make an attractive arrangement for SunTrust to induce them to come,” Cooke said.

Philip Morris currently leases the property, but its lease runs out next fall, when SunTrust will start doing major interior renovations to prepare for its move-in date.

Westmark is set to be renamed as the new SunTrust Center.

With the building completely leased, Cooke said the two Westmark buildings have only one vacant floor between them, consisting of 40,000 available square feet in Westmark II.

Cooke said there are very few remaining opportunities for tenants seeking a substantial amount of square feet in the suburbs.

“It wasn’t that long ago that there were 3 million feet vacant,” he said. “We’ve really worked off the surplus, and now we have a shortage.

“I think it’s been mainly growth from existing companies,” he added. “Job statistics indicate that we’ve regained most or all of the jobs we lost during the recession.”

SunTrust will be returning to familiar stomping grounds when it moves into Westmark I. It had occupied 83,000 square feet in WestMark II until 2014.

SunTrust declined to discuss leasing rates for either The Locks at 3Twenty-One or Westmark I.