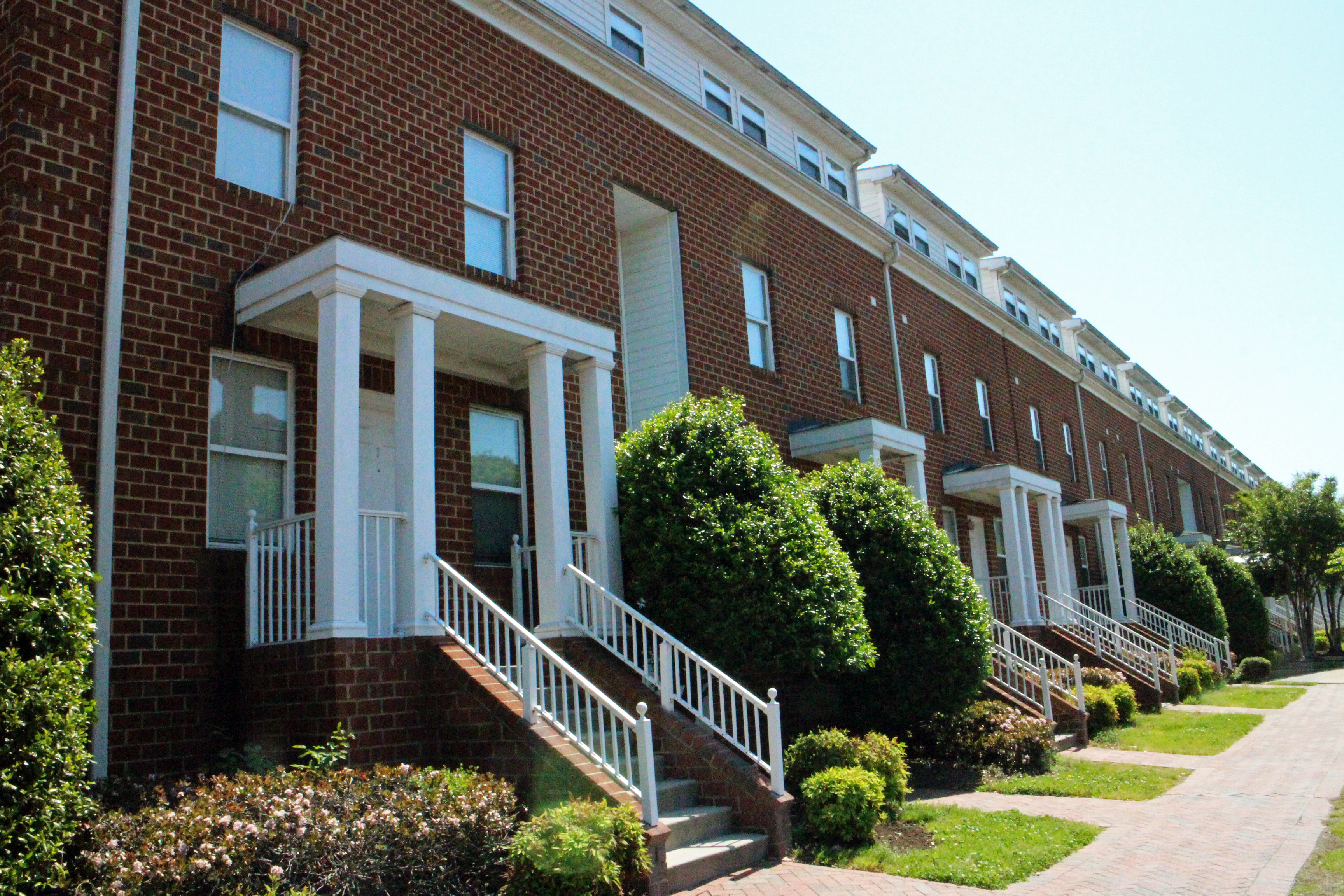 The Carriage House apartment complex in Carver is up for sale for more than $8 million. Photos by Katie Demeria.

A local real estate firm’s buying spree has carried over into Carver.

The 41-unit complex was listed last May with an $8.25 million asking price. The seller was Carriage House LLC, which purchased the land in 2000 for $875,000 and built the complex the following year.

The Carriage House deal closed Dec. 29 and marks Levco’s fourth acquisition in the VCU area in the past three years, according to the company.

“We’re very attracted to the Monroe Park campus,” Levin said. “The opportunity to acquire a large parcel in a fantastic location was extremely compelling to us since we’re long-term owners.”

The property will be managed by Cushman & Wakefield | Thalhimer, which handles all of Levco’s VCU-area holdings. That will help increase Carriage House’s operating efficiency, they said.

“When we were first introduced to it, it was performing very well and being managed by a company that has a good international reputation, but we noticed it was the only property in this market they were managing,” Comess said. “We found that there were some redundant operating expenses that would go away when you incorporate this property into a large portfolio. Nothing was mismanaged; we just saw a lot of opportunities to run things more efficiently.”

Carriage House is currently 90 percent occupied, and Levin and Comess said they are confident that figure will rise. The company said it will make a few renovations to improve the overall curb appeal of the property.

The seller in the deal was represented by Chris Chadwick and Dawson Rinder of Marcus & Millichap.