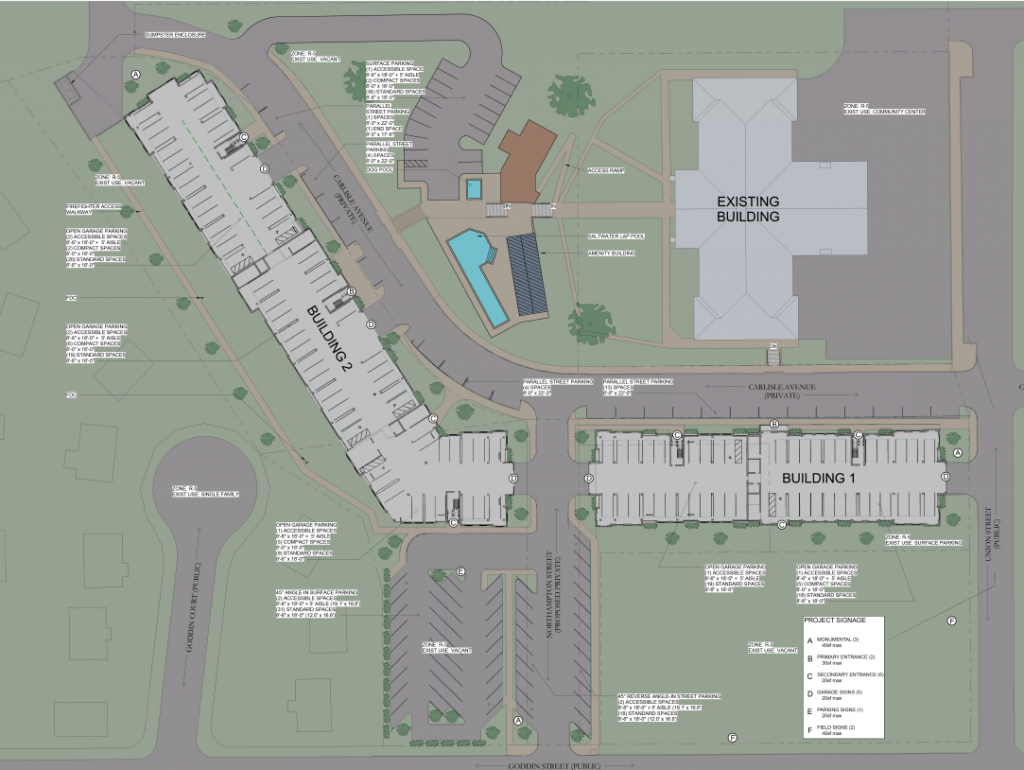 With a nearly $40 million project in the works in Greater Fulton, a local development group is aiming to help revive its namesake neighborhood.

The company hopes the development, which should begin construction this summer, will be part of a comeback for the Greater Fulton area, which includes Fulton Hill, Montrose Heights and Historic Fulton and sits between Church Hill and Powhatan Hill in Richmond’s East End.

The neighborhood was largely leveled more than 40 years ago after it had become rundown; around 800 houses were torn down and hundreds of residents forced to leave their homes.

“We’ve been here for 30 years, so we want to do a project that our community will feel proud of and look to as a great example of a catalytic project for the neighborhood,” said Maritza Pechin, Fulton Hill Properties’ development manager.

The company, run by Margaret Freund, keeps its headquarters at the former Fulton School at 1000 Carlisle Ave., which it renovated in 1999 as Fulton Hill Studios. Its other projects around town include the Lady Byrd Hat building, Canal Crossing and Lava Lofts.

Studio Row will take shape on 6.4 acres and will consist of two new buildings with 204 one- and two-bedroom apartments, as well as add 38 apartments to the existing Fulton Hill Studios.

The project has received all the necessary city approvals, and construction should begin on the first building in the summer with a goal of completing it a year later, Pechin said. The time line for the rest of the construction is still in the works.

The project will consist of two buildings.

The developer is currently in the process of seeking financing with a bank, as well as choosing an architect and general contractor. The budget for the project is around $38 million.

Part of the inspiration for Studio Row comes from the Virginia Local Initiatives Support Corp., a nonprofit that raises funds for low-income community projects. The group led an effort in 2010 to develop a “community vision” for the neighborhood titled “Greater Fulton’s Future.” It was published in 2011 and is aimed at rebuilding the community.

Cheryl Groce-Wright, executive director of Greater Fulton’s Neighborhood Resource Center, said that prior to the so-called “urban renewal plan” in 1970 that razed much of the neighborhood, Historic Fulton once boasted architecture similar to that found in some parts of the Fan.

Now it has been replaced with Gillies Creek Park, some modern homes and open space.

“People really loved that area,” Groce-Wright said. “And then, history happens. It became what was considered a rundown part of the city. In order to figure out a way to improve it, there was a call to either renovate or destroy it. It was determined it was too expensive to fix up properties in the ’70s, so it was destroyed.”

Many residents were offered a $15,000 relocation package by the city and moved out. Plans to rebuild the community never came to fruition, and development has largely been stagnant.

One of the first steps to revitalizing the area, LISC said, is to increase Greater Fulton’s density to lure amenities to the neighborhood.

“It’s been a quest for quite some time: How do we get more people to move in?” Groce-Wright said. “And Fulton Hill Properties answered that call.

“With Stone Brewing Co. coming, it seems like just a great time for all of these things to be coming together and really grow the neighborhood,” she said, referring to the California brewery’s massive East Coast headquarters under construction nearby.

Of Studio Row’s 242 units, 20 will be reserved for low-income renters; half will be for residents making 60 percent of the area’s median income and the other half will be for those making 80 percent.

“Some members of our staff were part of the LISC process, so we were really aware of what the community wanted and felt was appropriate here,” Pechin said.

Groce-Wright said the combination of LISC’s vision, Fulton Hill Properties’ investment and Stone Brewing, Greater Fulton has a chance to come back.

“All the stars seem to be lining up,” she said.

Margaret Freud has never been short on verve. Let’s wish her well on her latest venture in restoring yet another area of the city.

Happy for the project but old Fulton was a “rundown” blighting area as much as the place of Interstate 95 through Jackson Ward as a best practice! The redevelopment plans were race based and destroyed a vibrant Fan and Caver like neighborhood albeit more low income and all minority.