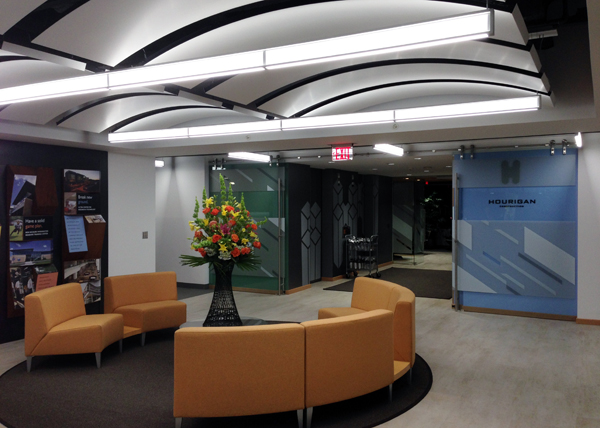 One of Richmond’s biggest commercial construction firms has settled into its new downtown digs.

Hourigan Construction held an open house Thursday evening to show off its new headquarters on the fourth floor of 411 E. Franklin St. The company is leasing the entire 24,400-square-foot floor at the six-story building. It moved in Sept. 1.

The company, run by Mark Hourigan, previously operated out of a 13,400-square-foot space at 1600 Forest Ave. in Henrico County. Hourigan sold that property in 2015 to Middleburg Bank for $2.2 million.

Hourigan Construction is one of the largest commercial construction firms in Richmond, according to a BizSense survey. Its past projects in the downtown area have included the Media General and Richmond Times-Dispatch buildings a few doors down on Franklin Street and the Altria facility at the Biotechnology Research Park, and it handled the expansion of Apple REIT Cos.’ headquarters.