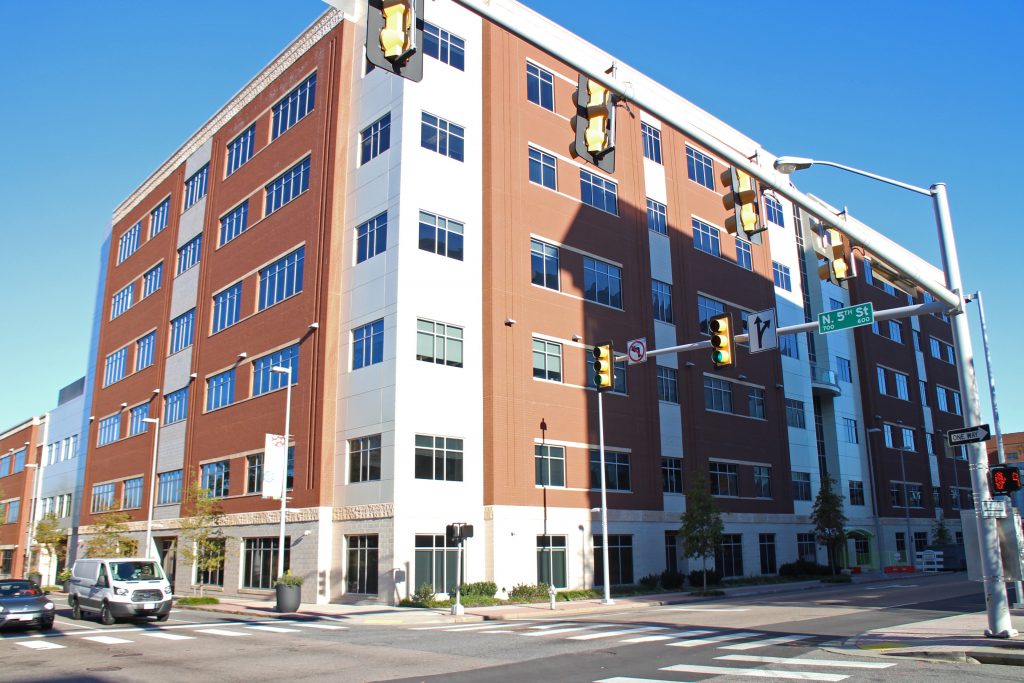 True Health has moved into the HDL building, which also secured VCU as a tenant. Photo by Katie Demeria.

A federal bankruptcy judge sided last week with HDL by approving an order to prevent True Health from interfering with the bankrupt local blood testing company’s efforts to collect bills from former patients.

True Health, which bought the core of HDL’s business out of bankruptcy in September, must also resume collections of certain HDL receivables and pay a portion of any money recovered into HDL’s estate.

Those collection efforts amount to potentially millions of dollars for HDL, which through its Chapter 11 bankruptcy process is looking to salvage money for its creditors.

The dustup stems from a complaint filed Feb. 1 by HDL, which claimed True Health employee Boomer Cornwell had allegedly sent letters to physicians explicitly telling them not to have their patients pay HDL or its collections agency. Cornwell previously had ties to HDL and its outside sales contractor.

True Health claims that HDL’s collection efforts were improper and were hurting its business, as many of HDL’s former patients are current True Health patients.

At its height, HDL sold its test based on the premise that most patients wouldn’t have to pay for the services. HDL alleges, though, that the claims it is currently pursuing are legitimate and it is going after patients who received funds from their insurance companies that should have gone to HDL.

Judge Kevin Huennekens’s order on Feb. 12 upheld a temporary restraining order against True Health that was approved earlier this month, requiring it to stop interfering with HDL’s collection efforts and to revoke cease-and-desist letters sent to HDL and its collections agency, as well as letters sent to former HDL customers.

True Health purchased a portion of HDL receivables as part of its acquisition of the company. True Health agreed at the time to collect those bills and pay 85 percent of the funds recovered to HDL, after an initial $10 million payment.

True Health paid that $10 million, but stopped the collections in December, HDL claims. The preliminary injunction requires the company to continue collecting and resume its payments to HDL.

While the judge’s order will help the disagreement simmer temporarily, the two sides said in court records they will continue to negotiate the issues raised in the original complaint.

Chris Grottenthaler, True Health’s CEO said in an emailed statement: “True Health is pleased that the contractual dispute with the HDL estate is nearing resolution and looks forward to continuing its focus on improving patient outcomes through clinical testing from its world-class laboratory in Richmond.”

Meanwhile, the government is still making moves in another case related to HDL’s downfall.

BlueWave, Dent and Johnson were named in a complaint by the federal government, along with HDL’s co-founder and former CEO, Tonya Mallory. The Department of Justice alleges the group was involved in a kickback scheme, paying doctors who used their services, that cost insurance companies and federal programs like Medicaid hundreds of millions of dollars.

None of Mallory’s assets were frozen in the government’s latest move.

The government claims that BlueWave, Dent and Johnson have “obtained over $240 million that they were not entitled to,” so it has frozen certain real estate, boats and an airplane “to preserve the Government’s interest in those properties.” A judgment has not yet been filed in the case.