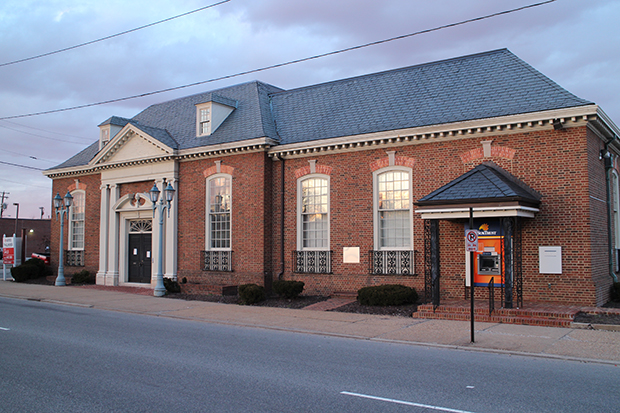 A pair of experienced local restaurant owners is the latest to take the leap into Scott’s Addition.

Shah, an executive at locally-based Shamin Hotels, said he and Gilbert are still deciding what to do with the 10,000-square-foot property.  The pair owns the Keagan’s Irish Pub & Restaurant in West Broad Village and are also opening a Mellow Mushroom restaurant in the new GreenGate development taking shape west of Short Pump.

Shah said the space was attractive for its ample parking and prime location amidst Scott’s Addition’s development renaissance.

Nathan Hughes, a broker with Sperity Real Estate Ventures who represented the buyers, said the deal included an adjacent parking lot at the corner of West Marshall Street and Summit Avenue that will give the new owners more than 70 parking spaces.

“They recognize it’s a hot area,” Hughes said. “There are several concepts they are considering.”

The SunTrust branch has been closed since August, Hughes said.

The sale price for the parcel had yet to be recorded in the city’s online records by press time and Shah would not disclose what they paid. The asking price was $1.9 million, according to an online flyer. The property was most recently assessed at $1.19 million.

Whatever Shah and Gilbert decide to install in the former SunTrust branch, they won’t lack for new neighbors in Scott’s Addition. A new coworking space and brewery are in the works a block east on West Broad Street. Nearby at the corner of North Sheppard and West Broad streets, a former bingo hall is gearing up to be turned into a five-story mixed-use building.

The Broad Street conversion to a more vibrant and accessible corridor is in full swing as more players arrive. Pulse will only drive the momentum further. Jay Shah seems to be making his move from hotelier into other facets of real estate and he’s right that this would be an excellent brewery location. The barriers to entry in Scotts addition may be overcome with the transformation of the whole Broad Street corridor.

Great news. I’d love to see another Brewery there, speaking as a pretty close neighbor.

People say we are getting saturated, but are missing the point that at a certain point enough breweries close together make a destination worth going to. No one has ever visited New Orleans and said “there are too many bars and restaurants in the French Quarter”.

A Brewery District would be a great thing for Richmond.

I do hope they preserve as much of the interior as possible.

This was the first bank branch in Richmond. It was followed by the Bank of Virginia just east on Broad. Bank branching is a defensive strategy.

I worked in this branch in 1977. It was my first assignment as a trainee for United Virginia Bank. It was a beautiful branch and there was a lady who cooked lunch for us each and every day. Jim Savedge was the manager and CT HIll was working there too when I was there. CT went on to become the local president of SunTrust for Richmond.

I worked there too in 1981 as a secretary to Jim Savage. The lady that cooked lunch (always fried chicken, mac and cheese, green beans) only did so on Friday’s, but it was a real treat. It was a great place to work and I have very fond memories. I loved the tunnels in the building that took you to the outside teller.