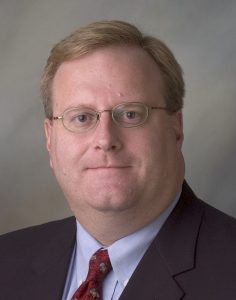 A Richmond legal giant has a new top boss.

LeClairRyan CEO David Freinberg has stepped down from his position and passed the torch to C. Erik Gustafson, who works out of the firm’s Northern Virginia office.

The change, effective March 1, has been in the works for about a year, Freinberg said. He described it as a “natural evolution.”

“I have been in the CEO position for about five years now, and in a transition period for a year before that,” he said. “So I’ve essentially been running nonstop, living out of a suitcase for the past six years. I think it’s a fair amount of time to do what I’ve been doing, and I’m proud of what the firm has accomplished during that period.”

Freinberg works out of the firm’s New Jersey office and has been CEO since 2011, when he was tapped to succeed co-founder Gary LeClair.

Gustafson joined LeClairRyan in 2001 after a stint with Bean, Kinney & Korman in Arlington, Virginia. He went to Georgetown University for his law degree and spent his undergraduate years at William & Mary.

“Erik is dedicated to the firm, he is a natural leader,” Freinberg said. “He’ll be able to not only articulate our vision and strategy but also bring people along as we execute on that.”

Gustafson has served as head of LeClairRyan’s litigation department for the past four years, a position he says has prepared him for the role of CEO, as he frequently recommended decisions to Freinberg..

“This is both a privilege and a significant growth opportunity for me,” Gustafson said. “David built an incredible platform that I only intend to grow and make better.”

Gustafson said his plans for the firm include continuing to grow client offerings and looking for opportunities to add to LeClairRyan’s geographic reach.

Freinberg cited the firm’s geographic expansion among his proudest accomplishments during his tenure as CEO. The firm has spread into various markets, including Delaware, Atlanta, Sacramento, Houston and New Jersey in recent years.

“We grew by about 30 percent during a very challenging time not only in the economy overall, but in a challenging legal market,” Freinberg said.

He will remain on his firm’s board of directors as he focuses his efforts on his business transaction practice. He said he will also assist Gustafson whenever necessary.

Looking ahead, Gustafson said LeClairRyan faces the same challenges anticipated by the legal industry as a whole. Among those challenges he noted the growing use of technology; competition from companies now offering services to clients that were previously provided by traditional law firms; and increased consolidation by clients.

LeClairRyan has about 390 attorneys in 25 offices in California, Connecticut, Delaware, Georgia, Maryland, Massachusetts, Michigan, Nevada, New Jersey, New York, Pennsylvania, Washington, D.C., and Virginia. It has about 50 attorneys in Richmond, according to a recent BizSense tally.

This is at least the second recent change in the firm’s upper ranks, following Gary LeClair’s move to step away from the chairmanship and back into practicing law full time.

Gustafson takes over as the firm is battling a gender discrimination lawsuit filed earlier this year by one of its former attorneys. The firm is fighting to have the case handled through arbitration, rather than in Richmond federal court.