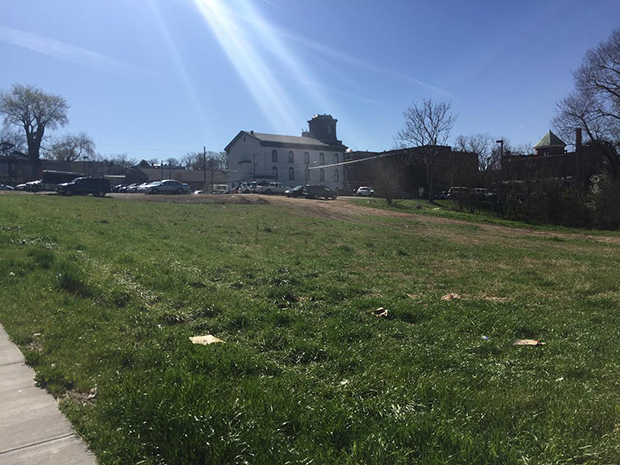 A mysterious new player has entered the Richmond apartment market and is looking to make a splash in Shockoe Bottom.

Shockoe Realty Ventures LLC recently purchased a 1-acre parcel at 1903 E. Marshall St. for just over $2 million, with plans to construct 178 apartments. The deal closed March 1 and included an already approved plan of development for the site.

The plan, approved by the Richmond Planning Commission in December, calls for a six-story, 200,000-square-foot building, with 130 one-bedroom and 48 two-bedroom units.

Local and state records provide little clue as to the exact identity of the developers behind Shockoe Realty Ventures, other than an office listed in Delaware and a registered agent named Richard Banning, who could not be reached for comment. 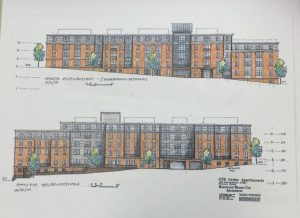 Renderings of the 200,000-square-foot building.

The LLC submitted a building permit for the property to the city on Feb. 12. It includes $500,000 worth of land disturbance work “for construction of the 1903 East Marshall Street Apartments,” the permit states. KBS is the listed general contractor. The permit is still pending.

The parcel’s seller, GTR Cedar LLC, submitted the plan of development for approval before selling the property. Charles Wentworth and David Wilkins of CBRE | Richmond represented the seller.

Wentworth did not share the identities of those behind the selling entity, but did say that they are not developers and had no desire to build the property.

“They recognized the value they could create of going through the approval processes and ultimately having a developer purchase the land and build the project,” Wentworth said in an email.

Wentworth also wouldn’t comment on the identity of the buyer and developer, saying only that it’s an out-of-town developer doing his first deal in Richmond.

Situated between North 20th and North Cedar streets and just north of East Broad Street, the parcel was most recently valued at $1 million, city records show.

It will join a few other apartment buildings on the rise in the area in and around Shockoe Valley and Shockoe Bottom. Phil Roper, George Emerson, Charles Bice and Amy de Venoge are planning to add 160 units two blocks away, while Historic Housing is adding 76 units around the corner.