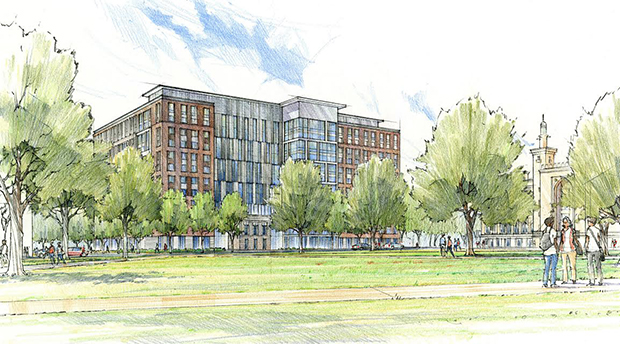 VCU has given the go-ahead for a nearly nine-figure replacement of a 30-year-old student housing complex.

The university’s board of visitors on Wednesday approved a $96 million project that will demolish and replace Gladding Residence Center I and II, located at 711 Main St. across from Monroe Park.

The two buildings – two of three that make up the residence center complex – will be replaced with a 12-story, 360,000-square-foot tower that will house 1,524 students. The new building will accommodate 600 more beds that will allow for all freshmen to be housed on the Monroe Park Campus.

The university is partnering on the development with Texas-based American Campus Communities through a public-private partnership described as the first of its kind for VCU. The board previously approved the plan to bring on an experienced firm to provide design, construction, financing and operating services. 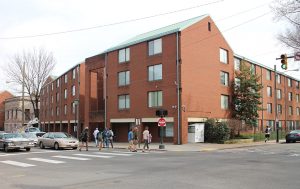 The current four-story dorms will soon make way for the tower.

American Campus Communities describes itself as the nation’s largest developer, owner and manager of high-quality student housing. Its previous work for VCU includes the 1200 West Marshall and 8 1/2 Canal Street student apartments, and the Lofts at Capitol Garage student apartments at 1301 W. Broad St.

The replacement for Gladding Residence Center will consist of traditional housing and semi-suites configured to create four “neighborhoods” per floor. The building will also feature a two-story lobby and a gathering area with views to a courtyard. VCU’s student housing administrative offices will be housed on the ground floor, which will also include a fitness center, retail, two resident apartments and building support space.

Gladding Residence Center III and the Branch Bathhouse, which fill the remainder of the block between West Main and Cary streets and South Laurel and Pine streets, will remain on site and be incorporated in the project.

Under a 50-year operating agreement, American Campus Communities will design, build, finance and operate the new building, which is scheduled to open by the start of the 2018 schoolyear. VCU will assume ownership of the building when that agreement expires.

In a release, Dick Bunce, VCU’s interim vice president for finance and budget, said the public-private partnership “allows us to complete the new residence center more quickly while preserving the university’s debt capacity for important academic construction projects,” referring to the new School of Allied Health Professions and School of Engineering buildings specifically. 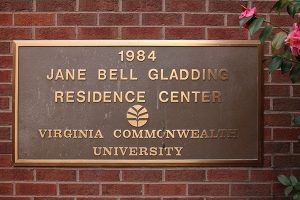 The dorms were named for a former dean of the school.

The university just celebrated the completion of an expansion and renovations to Cabell Library, a $50.8 million project. And in December, the board of visitors approved a $7.5 million renovation for the Ackell Residence Center along West Broad Street east of the Siegel Center.

The university has also approved a $15 million bond package to purchase two buildings and renovate five properties, including the former Commonwealth Cancer Institute building adjacent to the Ackell Residence Center. It purchased the former Sahara restaurant building on West Grace Street and a building on North Fourth Street as part of that package in January. It also recently paid $4 million for a 2.6-acre tract on West Leigh Street, the site of the former Belvidere Medical Center.

Given that this is a ‘public private parntership’, how much in City property taxes will be paid?

So they are replacing a 30-year old building with a new building to operate under a 50-year agreement. While I am glad to see them utilizing the space more efficiently I am hopeful they have a clause that is not too onerous which would allow them to get out of the 50-year agreement if their plans change 30 years down the road. 50 years is a long time to cede control of an integral part of the campus.

The shameful and unreported part of this story is thousands of students are being left with no housing next year. My daughter, a graduating senior, was told her only option was to rent an apartment. This is disgraceful as many families, like ours, have limited financial means, and rely on her cost of housing to be part of tuition so it can be paid with loans.

I think this was horrible planning on VCU’s part. They just assume that every family can afford the cost of a rental, and they’re not cheap.

I was the DRE for Gladding I and II beginning in 1984 when Gladding II opened. I does not seem old to me but has had a lot of wear and tear over the years. It is too bad it could not be renovated instead of torn down. I too wonder where all the students will go while it is being torn down. I had a good time in this complex especially the opening parties and Halloween. A special salute to Bernie Mann and Dick Hester who made it all possible!