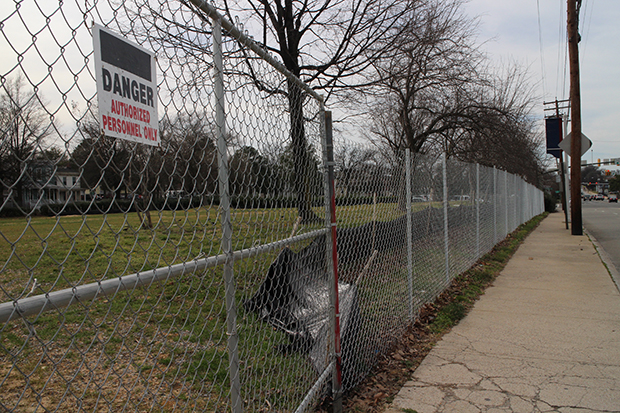 The university, through the VCU Real Estate Foundation, spent $4 million late last year to purchase a 2.6-acre tract at 505 W. Leigh St., the site of the former Belvidere Medical Center. The building was demolished in October and VCU closed the deal Dec. 10, property records show.

VCU spokesman Mike Porter said in an email the foundation “is currently working with a consultant on feasibility analysis to create a plan of development for that property. There is no additional information to report at this time.”

The property was previously owned by a group of 10 local doctors through Downtown Medical Investment LLC, which purchased the property in 2007 for $550,000. Physician Wiley J. Latham III is the registered agent for the LLC. A phone number listed for Latham has been disconnected.

The Belvidere Medical Center once housed numerous physicians’ offices. Since the building was demolished, its assessment dropped from $2.8 million to just over $1 million, according to city records.

The Leigh Street property is the furthest north that VCU has reached along North Belvidere Street. It also owns the former Hess gas station site at the corner of Belvidere and West Broad Street directly across from its forthcoming Institute of Contemporary Art.

The school has made a steady streak of real estate acquisitions in recent months. It used portions of a large bond offering floated late last year to purchase the deserted Sahara restaurant building at 813 W. Grace St. and a former Media General office building downtown at 111 N. Fourth St.

Elsewhere in Northside, VCU is building the Virginia Treatment Center for Children, a $56 million pediatric psychiatric facility at 1308 Sherwood Ave., on the Brook Road campus of the Children’s Hospital of Richmond at VCU.

Was this parcel really worth $1.5 million per acre at this end of Belvidere? They’ll have to build a massive project to justify this high cost basis of the land. As an alumni, I’d really prefer the school focused on improving the national reputation of their degree programs instead of continued land grabbing.