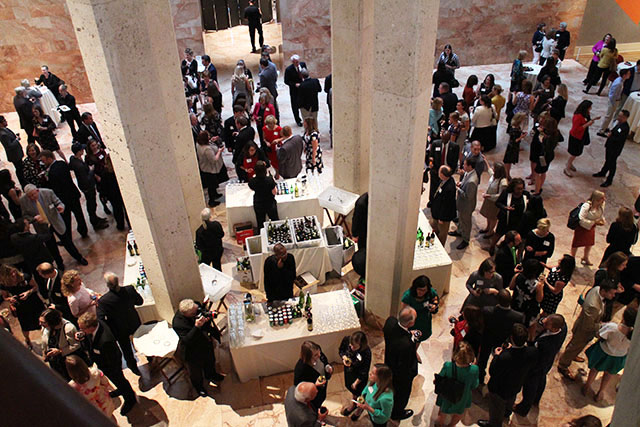 PR professionals converged on the Virginia Museum of Fine Arts for this year’s awards ceremony. Photo by Jonathan Spiers.

A local agency’s campaign for a Japanese tattoo exhibit at the Virginia Museum of Fine Arts swept the best-in-show awards at this year’s Virginia Public Relations Awards.

Ndp’s campaign last year for the “Japanese Tattoo: Perseverance, Art, and Tradition” exhibit won both the Capital Best in Show and the Commonwealth Best in Show – a first in the awards’ 69-year history. The categories honor the year’s best public relations tactics and PR programs and campaigns, respectively. 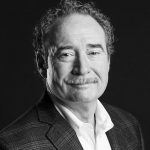 A veteran Richmond PR executive was also honored at the awards, held Wednesday at the VMFA. Mike Mulvihill, an executive vice president at PadillaCRT, was presented the Thomas Jefferson Award for Excellence in Public Relations by the Richmond chapter of the Public Relations Society of America, which put on the event.

The Thomas Jefferson Award recognizes a PR professional “at the height of his or her career,” according to a description. A nomination form and letters of support noted Mulvihill’s work in helping to merge local PR firm CRT/tanaka when it was acquired by a Minneapolis-based firm in 2013 to form PadillaCRT. He also has been active for decades in the PRSA and in the local PR community, serving on area advisory boards and teaching public relations classes at VCU and UR.

In a release, Mulvihill said: “I am humbled, honored and surprised, knowing the many good people and fine practitioners who have been honored in the past with the Thomas Jefferson Award. I am honored to be considered worthy of inclusion in their company.” 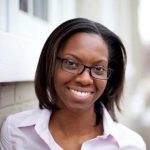 The chapter also recognized Alexsis Rodgers, policy director for Lt. Gov. Ralph Northam, with its Rising Star Award, given to a standout Richmond PR professional with five or fewer years of experience.

Ndp racked up more awards in several categories, as did PadillaCRT and other local recipients, such as VCU, The Hodges Partnership, Richmond Region Tourism, the Richmond SPCA and others. A full list of recipients can be found on the chapter’s website.