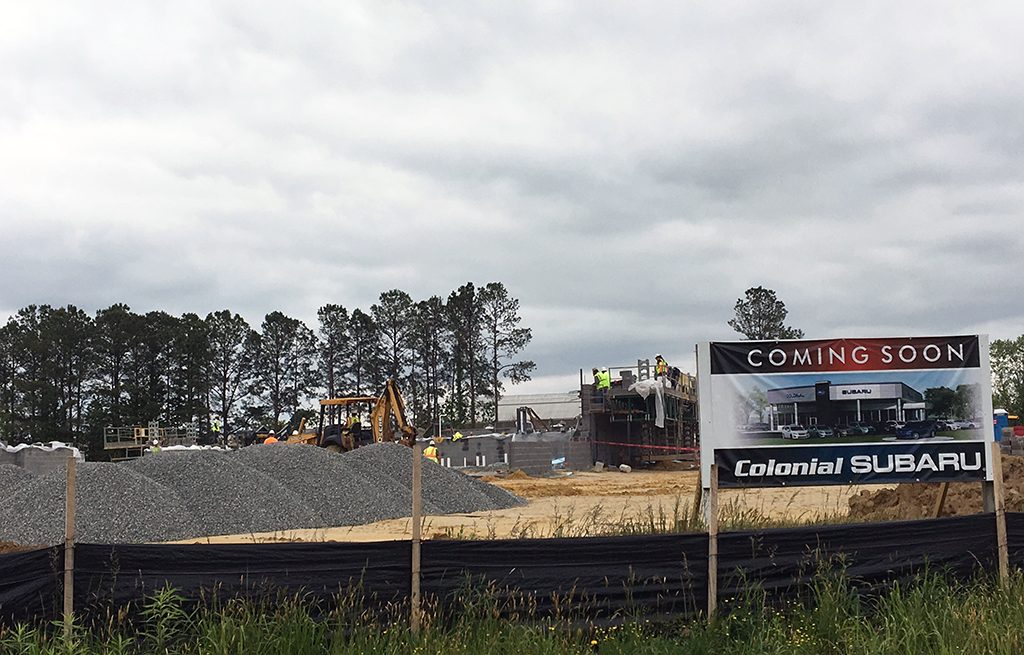 The new dealership is under construction.

A Charlottesville-based car dealer is adding to its lineup in the Richmond market.

Carter Myers Automotive is building a new Subaru dealership in Chesterfield County after winning the rights to run the Japanese automaker’s third location in the area.

Dubbed Colonial Subaru, the lot and showroom are taking shape on 4 acres at 2122 Ruffin Mill Road, just off Interstate 95 and across from Carter Myers’ Colonial Kia, Colonial Honda and Gateway Hyundai lots. The new Subaru location, along with its Heritage Chevrolet on Jefferson Davis Highway, will bring Carter Myers’ Richmond-area dealer count to five.

Liza Borches, CEO of Carter Myers Automotive, said the new building will be 21,000 square feet and is expected to open by November. 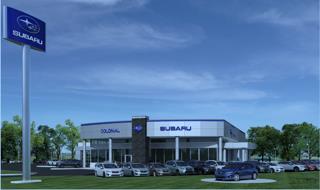 A rendering of the new location.

The carmaker’s two other local lots are Subaru of Richmond at 9177 W. Broad St. and Pence Subaru at 11901 Midlothian Turnpike.

“Subaru has been represented nicely in Richmond, but they recognize, based on registration data, that they were growing to the point that they needed a third dealer,” Borches said. “The product has really caught fire the last five or six years.”

More than 1,800 new Subarus were purchased in the Richmond market in 2015, according to figures from the Virginia Automobile Dealers Association, which tracks new vehicle registrations around the state. That figure is up from around 1,700 in 2014.

The brand’s 2015 local sales put it behind Toyota, Nissan, Hyundai, Honda, Ford and Chevrolet. Toyota was the best-selling brand in the Richmond market last year, the VADA numbers show.

Borches said her company was sought out as a potential candidate and won the rights for the new dealership after being interviewed by Subaru.

“They approached me about two years ago to discuss the Richmond market,” she said. “They knew of our other dealerships and the volume we do on the Southside.”

It helped that Carter Myers runs a Subaru dealership in Staunton, where it opened about a year and half ago.

As part of the franchise agreement with Subaru, Borches said dealers purchase all the vehicles and cover all the expenses for construction and manpower. The manufacturer sets certain standards for the look of the showroom, along with sales objectives and customer satisfaction rates.

“From day one we’ll probably be expected to sell about 50 (Subarus) per month,” she said.

The new location will initially stock up to 100 Subarus on the lot. Borches said the new Outback is a top seller for the brand. 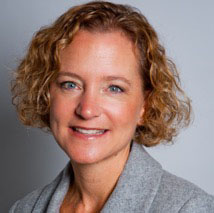 Borches, a UVA grad, is the fourth generation of her family to run Carter Myers. The company was founded by her grandfather with a Ford dealership in Petersburg in 1924. She took over for her father as CEO in 2012 after stints working on the manufacturing side of the auto industry and running the company’s Volvo dealership in Charlottesville.

The company has nine dealerships around Virginia, in Richmond, Charlottesville and Staunton. The Richmond market is Carter Myers largest market for sales, Borches said. The company sold 6,331 new and used vehicles between its four local dealerships in 2015, up from 6,312 in 2014.

Carter Myers has 500 employees and will initially add 20 workers for the new Subaru store, and eventually 40-50 as service ramps up. The employees own 26 percent of the company, Borches said.

KBS is the general contractor on the new dealership. Penney Design Group is the architect. Borches said Carter Myers is financing the project with existing funds.

The company owns all of its dealership properties around Ruffin Mill Road and Walthall Center Drive. It bought the Subaru site’s 4 acres for $725,000 in 2013, according to county records.