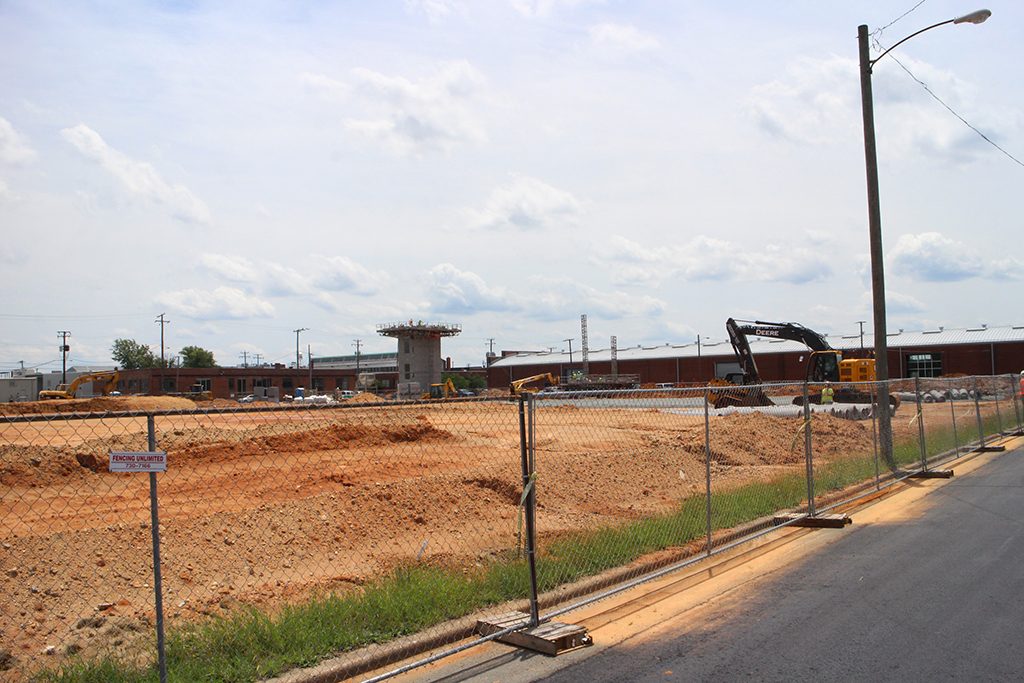 Work is underway on the mixed-use development that will house Dominion Payroll’s new home. Photo by Mike Shaw.

Not sitting idle as it waits for its new headquarters to be built in Scott’s Addition, a downtown payroll company is eyeing an opportunity in the Lone Star State.

The company used web traffic data to its website to determine it had a lot of potential clients in the Southwest. It also already had clients in Houston and Dallas.

“There’s an interesting lack of competition in Texas,” said company CEO and co-founder David Gallagher. “The combination of our analysis and the state’s growing business environment made it too great of an opportunity to pass up.”

While Dominion Payroll is starting with a small workforce in Texas, Gallagher sees the entry as an important step to obtaining business in other Southwest states. He also sees commonalities between his headquarters city and newest outpost. 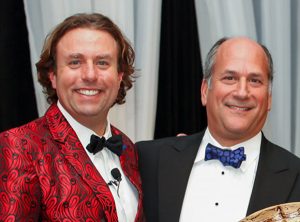 “I actually think there are a lot of similarities between Austin and Richmond,” Gallagher said. “They both have a creative, millennial workforce, large universities and an assertive business mindset.”

Brad Crouch, a Dominion Payroll spokesperson, said three sales employees will start off at the office, with the hopes of adding between three and seven more within a year.

The move to Texas comes as construction is underway on the 3-acre mixed-use development at the corner of Highpoint Avenue and Rockbridge Street that will eventually house the company’s new home base.

Richmond’s Spy Rock Real Estate Group and Washington-based The Holladay Corp. are heading the three-building project. Dominion Payroll, which will occupy the top floor of the building that will be adjacent to Rockbridge Street, is one of the largest investors in the development.

Gallagher and co-founder David Fratkin knew they could find pre-existing and cheaper office space in Henrico County to replace their current office downtown at 306 E. Main St. They also looked at sites in Manchester and downtown, where Dominion Payroll has been for eight years, before choosing to join the Scott’s Addition project.

“There were economic and cultural reasons to move out, but we made a conscious decision to stay in the city,” Gallagher said. “Luckily, Scott’s Addition will provide exactly what we’ve been looking for.”

The new office will give the company 20,000 square feet, helping it solve its space problem, Gallagher said.

“That’s our biggest issue in Richmond right now: the lack of space,” he said. “We literally have people in hallways and are just biding our time until we move out.”

Construction on the site at the corner of Highpoint Avenue and Rockbridge Street started in April. On a hot June afternoon, a half dozen construction workers and two bulldozers continued to make progress on the land, which has been cleared and removed of virtually all signs that its last occupant, the former Symbol Mattress Company facility, was ever there.

In addition to Dominion Payroll, the development will house 200 apartments, 293 parking spots and a half acre of green space. Gallagher said the green space was important to attract millennials to the complex.

“We put a lot of emphasis on work-life balance,” said Crouch. “David and David had a hand in designing the office and made sure to include a lot of natural light and green space so that people will want to work at and live near the new headquarters.”

Apartment residents are expected to move in the spring of 2017, with Dominion Payroll’s office space expected to be completed in either December or January. Employees won’t move to their new workspace until February 2017, in order to complete year-end payroll forms and tax filings.

“December and January are our busiest times of year, so moving then would be nuts,” Crouch said. “We’re happy to wait a little while longer.”

In addition to Richmond and Austin, Dominion Payroll has offices in Charlotte, North Carolina; Tampa, Florida; and Nashville, Tennessee. It provides payroll services to 2,000 clients in Virginia and has 60 employees in Richmond, with the intent to grow to 100 once it moves.

Dominion Payroll Services provides integrated workforce management solutions from recruitment to HR to payroll and benefits management. Hundreds of businesses in the southeast depend on their accuracy and resourcefulness.

It’s good news for Richmond that they are headed to Scott’s Addition, and especially as part of a project that will provide critical green space to SA. Count on Dominion Payroll to bring the green where it’s needed most.