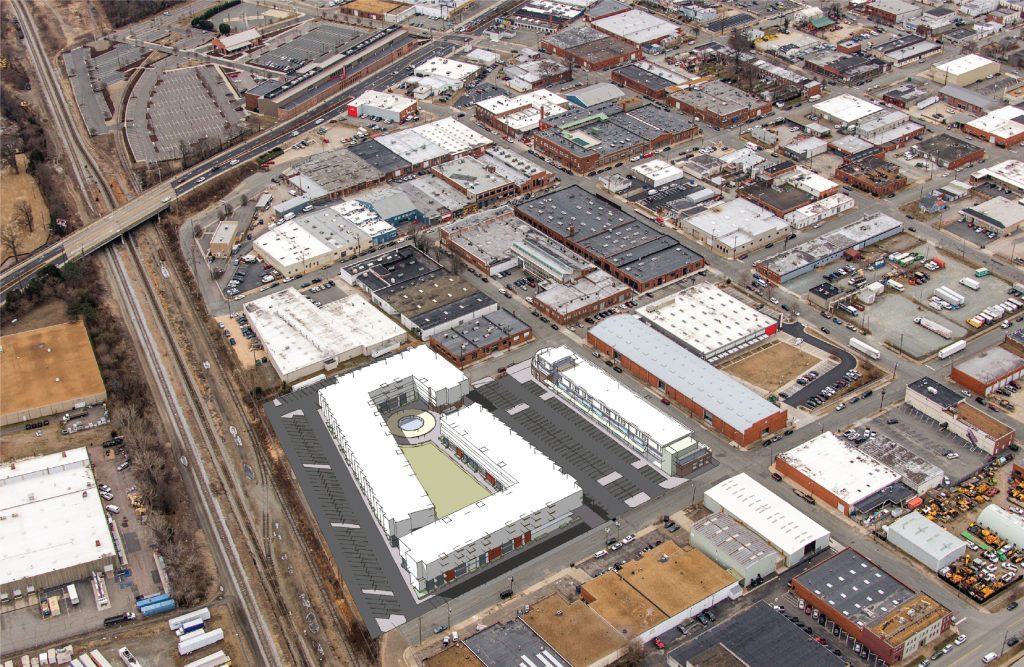 The Scott’s Addition hot streak continues as another of the neighborhood’s dormant properties is proposed for revival.

Spy Rock Real Estate Group plans to demolish the former Symbol Mattress Co. facility at 1814 Highpoint Ave. to make way for a new construction development that would include about 190 apartments and about 55,000 square feet of commercial space.

Spy Rock principals Andrew Basham and Taylor Williams are leading the project, and the pair is also behind the 194-unit Preserve at Scott’s Addition development that’s taking shape nearby in a former Coca-Cola bottling plant.

Now they’re preparing to seek approval for the Symbol Mattress project. They hope to begin construction within the first half of 2016.

The plan calls for the demolition of the current Symbol property, which has been unused for about five years, and the construction of three new buildings: two for apartments and one for commercial use.

“We think the residential and commercial will work well with each other and make this environment even more dynamic than it is today,” Williams said.

The project would sit on an L-shaped 3.25-acre parcel that stretches along MacTavish Avenue from Rockbridge Street to the train tracks north of Scott’s Addition. 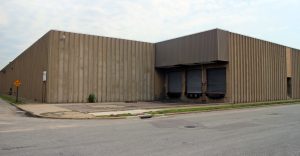 The plans call for the demolition of an abandoned mattress company warehouse. Photos by Katie Demeria.

Basham and Williams are in the process of creating a partnership with the current owners of the warehouse, the Richmond-based Eastern Sleep Products. They would not share the details of the deal and said plans are in the preliminary stages.

They plan to file a request for a special use permit with the city within the next several weeks. The pair has yet to select a general contractor or architect for the work and said it is too early to determine estimated cost or financing plans.

Construction on the commercial space would last about a year, while the apartments may take up to 18 months to complete.

The 55,000-square-foot commercial building, which would front Rockbridge Street, will likely include offices and potentially restaurant spaces. 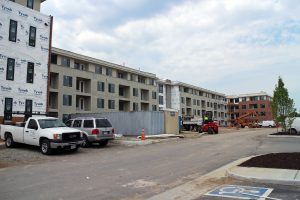 Basham and Williams also plan to start a walking path with their development, which they envision could eventually stretch from the Bow Tie movie theater on North Boulevard all the way around the perimeter of Scott’s Addition.

“It is part of what I think needs to be a broader approach by the city to get bike trails and provide active spaces,” Basham said.

As Spy Rock moves forward with these latest plans, work should be completed on the last Preserve building by this summer, adding another 124 units to the neighborhood. The apartment complex’s first 70-unit building is already 100 percent leased, the company said.

Spy Rock is also moving its offices to the Preserve later this month.

“When we started (The Preserve), none of this was here. (Ardent Craft Ales) wasn’t, Growlers To Go wasn’t here, Urban Farmhouse wasn’t here. And now within a year, all these things are here, and plus Peter Chang is coming in,” Williams said. “It’s all happening here.”

Two new grocery stores are also in the works nearby, including an Aldi that will replace the old Bill’s Barbecue restaurant along Boulevard and the city’s first Whole Foods that will eventually rise where Pleasants Hardware now stands on West Broad Street.

Basham and Williams are two of the brightest young guys in the Richmond apartment development business. I’m excited to see hat they are also doing this aggressive commercial building to replace one of the ugliest buildings in the city. there are several other plans for Scott’s addition yet to be unveiled. That area is hopping!