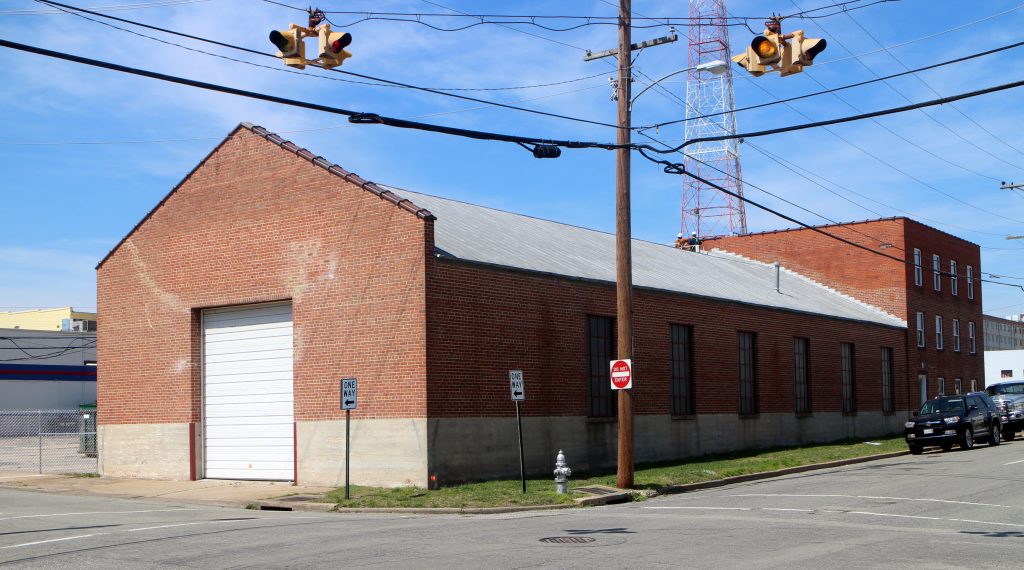 A historic building is getting a face-lift and making room for companies to settle into an increasingly popular neighborhood.

The firm closed on the property at 3005 W. Marshall St. in June of last year for $850,000 and began construction earlier this year. The building should be completed by the middle of this June.

Matt Hamilton of Colliers International will handle leasing for the office space. He said the building has 13,209 square feet of rentable space, and the suite sizes are flexible. One tenant could come in and rent all 13,000 square feet or choose space as small as 880 square feet. 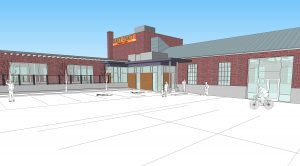 The former East Coast Freight building will have more than 13,000 square feet of offices. Rendering courtesy of Thomas Hamilton & Associates.

“We have several prospects we’re speaking to now,” Hamilton said. “But we’re always looking for more.”

He said he expects two or three tenants to settle into the space. Hamilton declined to give the expected cost of renovations.

Thomas Hamilton & Associates will be applying for historic tax credits, Hamilton said, and the renovation is intended to uphold the building’s historical integrity. It was constructed in 1940 as a warehouse for East Coast Freight Lines, and the finished building will feature the original company’s name.

Scott Coleman with Crossroads Development is the general contractor, and in addition to owning the building, Thomas Hamilton & Associates will also design the project.

Hamilton said the finished product will be considered a creative office space that will utilize natural light and have plenty of green space for trees and off-street parking.

Demand for these types of projects is increasing, Hamilton said, as more apartment complexes rise in Scott’s Addition. 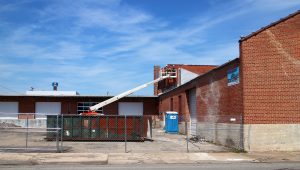 Work is underway at the site, which is expected to be ready for tenants this summer.

“A lot of millennials are going to be moving into these neighborhoods,” Hamilton said. “Therefore, companies we have found in Richmond are moving back toward the city because the employee pool is here.”

Some of those new apartments include Spy Rock Real Estate’s 194-unit transformation of the former Coca-Cola bottling plant, Thalhimer Realty Partner’s 90 units that are filling in the former Richmond Fixture Co. building and the 178 units that the Cookie Factory recently added to the neighborhood.

“(Companies) are finding that it’s a lot more convenient for people to live and work in the same area, with entertainment nearby,” Hamilton said.

He said office options are limited in Scott’s Addition. But local companies are moving into the neighborhood, including INM United, Health Warrior and Surface Architectural Supply.

“We feel like there’s kind of a void there,” Hamilton said. “And in Manchester you’ve got some neat creative office spaces, but not nearly as many amenities compared to Boulevard and Broad, especially with the new grocery store going in.”

The city’s first Whole Foods is slated to open in the fall of 2016 in Scott’s Addition’s Sauer Center. Other amenities in the neighborhood include the recently opened Black Heath Meadery, Urban Farmhouse’s fourth location, as well as Lunch and Supper around the corner from Thomas Hamilton & Associate’s new office building.