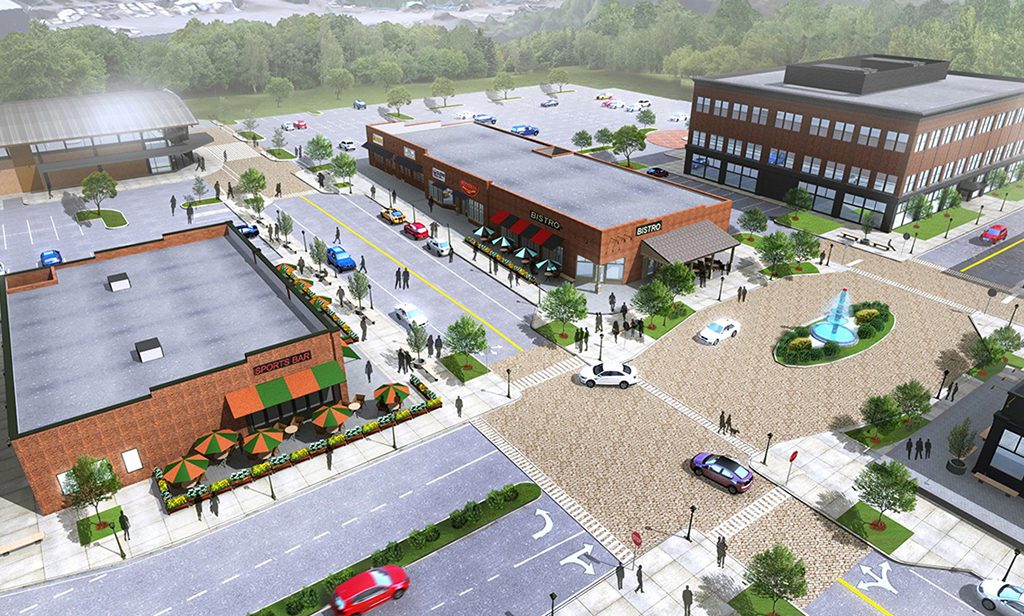 A mock-up of GreenGate, which is beginning to take shape on West Broad.

A West Cary Street restaurant is planning a new branch in the thick of the westward expansion of Short Pump. 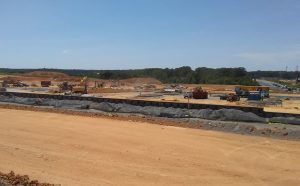 Site work is underway at GreenGate.

“We liked the idea of bringing in two restaurants into this district,” Michelle Williams, a Richmond Restaurant Group co-owner, said in a news release, “which not only creates some efficiencies for us, but also adds to the overall energy of the community.”

Williams could not be reached for comment beyond the release by press time.

RRG hopes to have the 4,417-square-foot eatery open and operational by February 2017, according to spokeswoman Emily Shane.

Officials with Markel | Eagle, the local private equity firm, have been busy filling the project with a number of regional and national tenants. 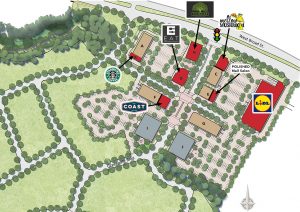 A site plan for GreenGate.

German grocery chain Lidl will bookend the eastern side of the project with a 36,000-square-foot store. Mellow Mushroom has also inked a lease to join GreenGate, as has a Starbucks – one of two in metro Richmond that will incorporate the company’s new Starbucks Evening Menus, featuring wine, beer and an expanded food menu.

Overall plans call for nearly 200,000 square feet of retail and office space, 200 single-family homes and 50 townhomes. Site work is underway, with the first set of buildings planned to be ready in September and the rest to follow in 2017.

“We are working with several national and local tenants,” said Peter Vick, a NAI Eagle broker handling leasing along with colleague Harrison Hall. “We expect other announcements very soon.”

RRG’s other local establishments include The Hill Café in Church Hill, Pearl Raw Bar in the Fan and two Hard Shell locations in Midlothian and downtown.

East Coast Provisions is the result of a recent revamp of RRG’s former Water Coastal Kitchen at 3411 W. Cary St.

Once open, West Coast Provisions will look to channel the flavors of the West Coast with different oyster varieties, as well as shellfish offerings like Dungeness crab. The new eatery will also include a new sushi bar.

“We’ve been patient for more than 10 years looking for the right location and opportunity to bring our local, upscale concepts to the West End,” Williams stated.

Greengate certainly appears to be a hit. Markel/Eagle has found the right tenants for the right location. It’s exciting that the local restaurants are getting this opportunity to serve the west end of the region. Lidl is going to be a big success there.