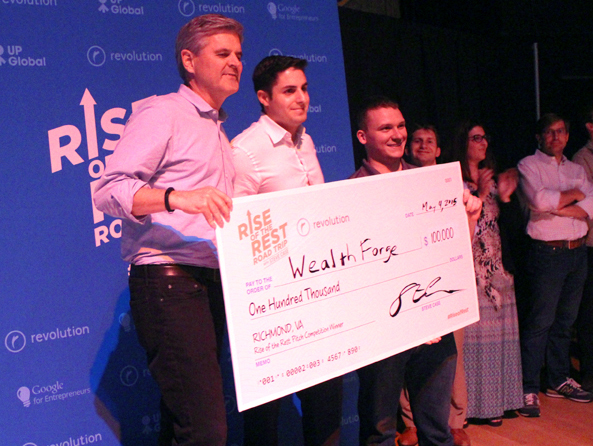 A founder of a local company that as a startup raised millions in venture capital money in recent years is preparing to step down from the firm in the coming weeks.

Fred Bryant, co-founder and president of Richmond-based WealthForge, confirmed Friday he will be vacating his seat as the company’s top leader.

Ted Chandler, WealthForge’s chairman and a co-founder of New Richmond Ventures, which has invested in WealthForge, said the decision was made after a vote by the board of directors and employees were made aware of the change on Monday.

Bill Robbins, who currently serves as WealthForge’s chief revenue officer, will step into the role of chief executive officer – where his duties will include overseeing day-to-day operations of the company and managing the firm’s revenues, Chandler said.

“It’s very natural…that as a company hits its stride to add talent at the top,” Chandler said. “We’re in rapid growth mode, and we’re excited that Bill Robbins will lead and grow this organization.” 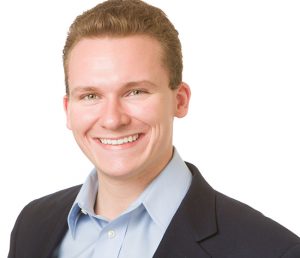 Since its launch, WealthForge has raised about $5 million in capital from investors and at startup competitions, with roughly half – about $2.23 million – coming from New Richmond Ventures, an organization co-founded by Chandler, Jim Ukrop and Bob Mooney.

Under Bryant and Dellorso’s leadership, WealthForge has brokered more than $200 million in transactions over its seven-year history. It has 40 employees, Bryant said.

Acknowledging the firm’s growth, Bryant said it’s time to pursue other ventures, and let WealthForge successfully morph under the guidance of new leadership.

“I’m going to go and look for some more opportunities out there,” Bryant said. “As I approach 28, I want to see what’s out there, knowing that what we built here, the company is in really good hands.”

Chandler would not discuss whether Bryant would receive a severance package, or if Bryant will serve as a consultant with the company upon his departure.

Robbins could not be reached for comment Friday afternoon.

Dellorso will remain in his role as WealthForge’s chief strategy officer.

He said WealthForge introduced a product in early May called WealthForge Network, which fine-tunes its current platform by allowing companies to sign up for exclusive access to financial institutions, or investors, looking to fund specific projects.

“The network is an effort that allows us to help those entrepreneurs market their offerings to a network of financial professionals,” Bryant explained.

Since launching the new product at tech conferences in San Jose and San Francisco, Bryant said over 50 firms have signed up seeking the deep pockets of investors. He added that 65 financial institutions representing more than $50 billion in client assets have also signed on to the new venture.

“We have about 15 offerings that are live and hard at work, now that we are helping market,” Bryant said. “We’re very pleased with how WealthForge Network has been received recently.”