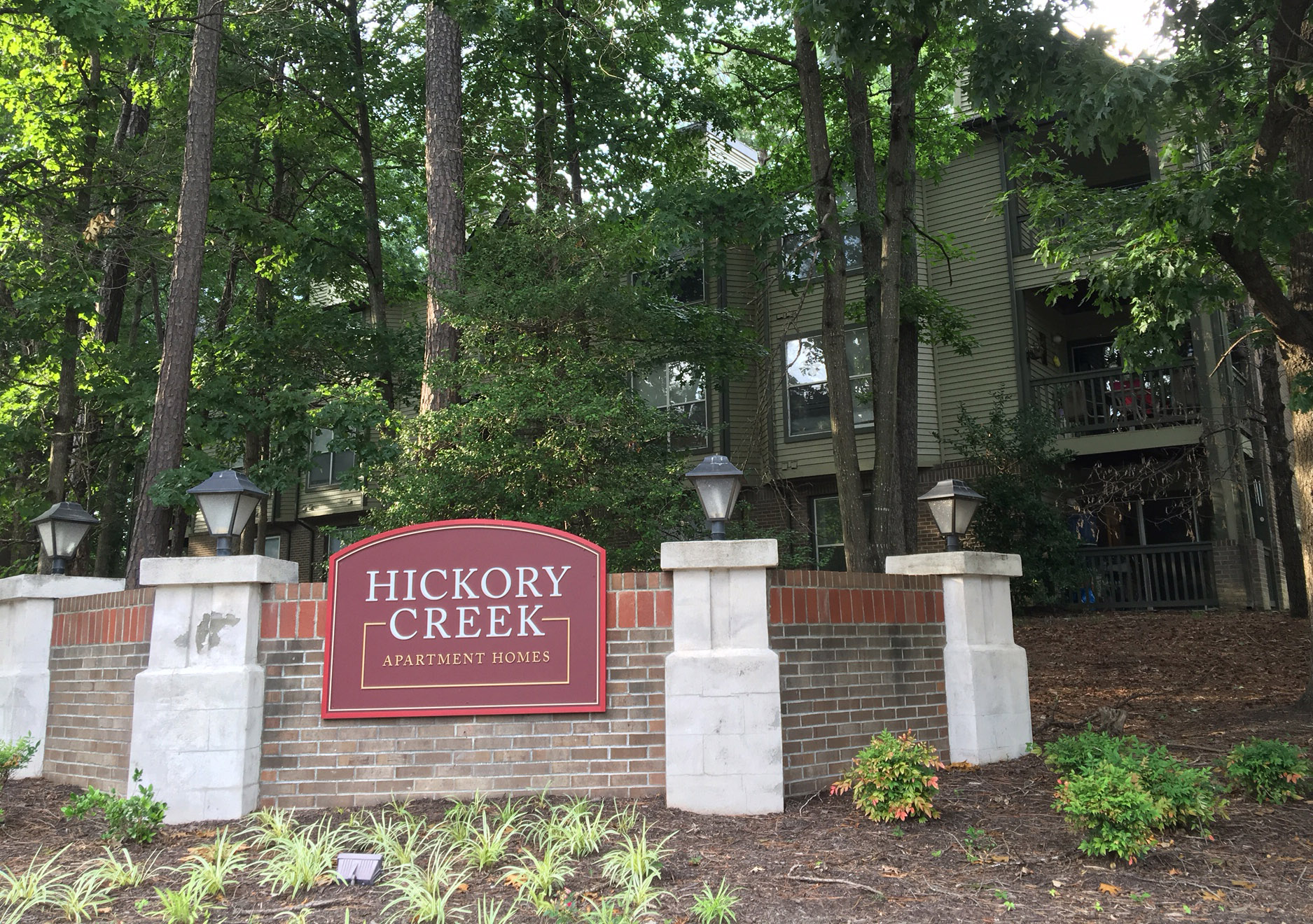 The realty group beat out more than 20 offers to secure the 294-unit complex on Hickory Creek Drive.

A local buyer has picked up nearly 300 apartments in Henrico, where two other decades-old rental communities are under contract.

The Henrico-based firm, based less than a mile away, purchased the 20-acre property along Tuckernuck Drive, between West Broad Street and Mayland Drive, for $28.55 million. The sale closed June 27, according to county records.

McCann president Matt Akin and vice president Thomas Upson said the property’s proximity to their office, as well as to Innsbrook, was appealing to the firm, whose portfolio of rental properties is primarily out-of-state.

Akin said Hickory Creek is “close by; it’s in a neighborhood we obviously know. It’s a mid-‘80s product that needs a large capital infusion. We felt like we could upgrade the property and make it nicer and better and create some value with a renovation program.”

“We really like the property’s proximity to Innsbrook,” Upson added, describing the Henrico business park as “the primary suburban office node in Richmond.”

Akin said renovations would include exterior improvements related to deferred maintenance and upgrades to some amenities, as well as interior upgrades to units as leases expire. He declined to specify costs or timeframes for the work.

Milam said the property, listed in February without an asking price, drew interest from investors in New York, California, Chicago, Miami and Utah, helping drive the sale price to what he described as a new cap rate low for area Class B real estate. The cap rate, or capitalization rate, is a property’s rate of return on investment based on the income it generates and recent deals in this segment have rarely gone below a 6 percent rate.

“We had 22 written offers on Hickory Creek, and the top 12 were within 1 percent of each other,” Milam said.

Milam said interest in Class B is currently high because of the potential return of adding value to the buildings, which are typically older, and the subsequent potential of raising rents and increasing profits.

For perspective, Milam said a new apartment project – the 254-unit Retreat at West Creek, in the northern end of The Notch at West Creek development – recently sold at a 5.75 cap rate, still above the 30-years-older Hickory Creek.

“I think that’s pretty neat that it did that,” Milam said. “Why would somebody pay more, on a return basis, for a 30-year-old product than a new product? It’s just the demand, the investor money, is looking for the ones to come in and add value to it, because they’re not concerned with what it makes today; they want it for what it will make three or four years from now.”

Milam noted that two other Colliers listings in Henrico, both 30 or so years old, are under contract: the 212-unit Champions Club Apartments at Gaskins and Springfield roads, and the 312-unit Park West End Apartments at Glenside Drive and Bethlehem Road.

Both properties also are owned by Core Realty Holdings. Colliers picked up the listings, along with Hickory Creek, in April.

Earlier this year, an older apartment complex – the 98-unit Hampstead Apartments, built in 1962 – sold to a Northern Virginia buyer for $5.8 million.