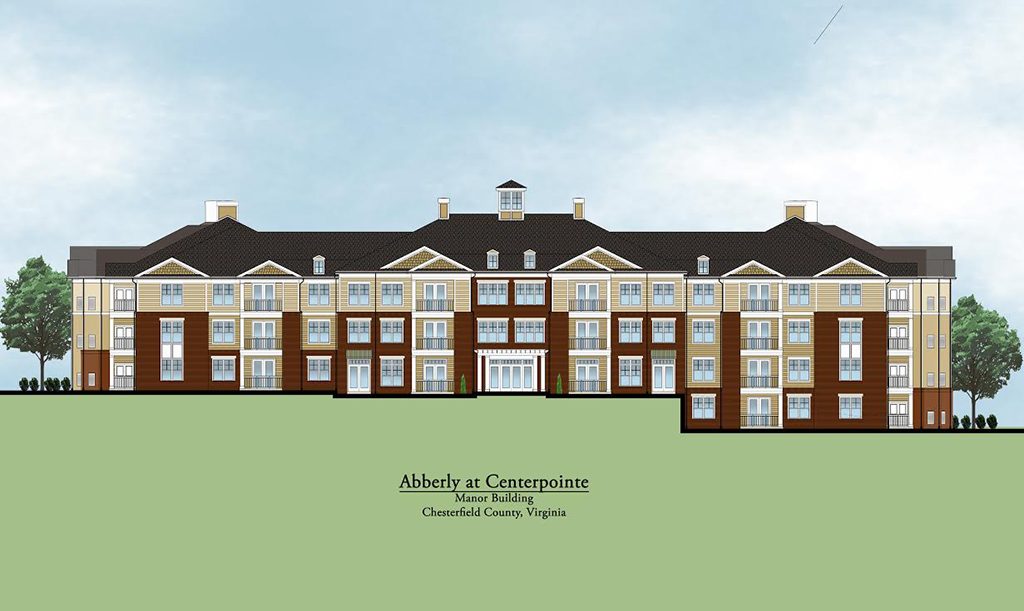 A rendering of one of the upcoming buildings at Abberly at Centerpointe. (Courtesy HHHunt)

After a two-year delay, a busy local homebuilder is preparing to start construction on a 271-apartment project in Chesterfield.

HHHunt is planning to break ground on its Abberly at CenterPointe apartments in early 2017 – two years after construction was initially planned to start on 26 acres in Riverstone Properties’ massive CenterPointe development, along Route 288 northwest of Powhite Parkway.

Jim Nicholson, senior vice president of properties development for HHHunt, said the delay has been due to modifications to make the units more marketable, as well as to resolve financing through the U.S. Department of Housing and Urban Development (HUD), which is providing mortgage insurance through its rental and cooperative housing program.

“We’re trying to get the plans to be exactly what our property management needs,” Nicholson said. “It’s just really taking one more look and making sure we have everything to meet the current market conditions.” 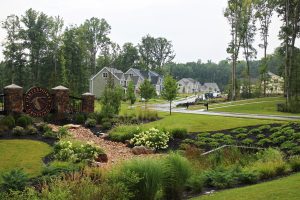 Since the project was announced in November 2014, its projected cost has increased from about $30 million to its current budget of $42 million.

The number of units has stayed the same at 271, as have their square-footage, from between 750 and 1,450 square feet. Monthly rents have been set at $850 to $1,450 for the one-, two- and three-bedroom apartments, housed in buildings three to four stories high, each equipped with elevators. Amenities will include a swimming pool and fitness center.

Nicholson, a 46-year construction industry veteran, said changes made over the past two years have mainly reflected the latest trends in floorplans and design.

“It’s just minor modifications to the unit finishes and some inclusions in the club, trying to get to a more open floorplan for the leasing center,” he said. “We build these to keep forever, so we want to make sure they are timeless.”

Nicholson said the apartments would appeal to the area’s service sector, including workers at the nearby Bon Secours St. Francis Medical Center, which anchors the larger CenterPointe development.

“We were looking for the hospital employees and the growing employment base in that area,” he said.

“We’ve been trying to buy something in Chesterfield County for a long time, and we think the market’s good, the job growth is great – we like being close to the hospital, near 288 – and we’re right at the end of (Brandermill Parkway), so we think this is a great market for us now and in the future.”

Known for its master planned communities such as Charter Colony and Wyndham, Nicholson noted that HHHunt started as an apartment developer 50 years ago in Blacksburg and currently has about 8,000 apartment communities and 22 assisted-living communities.

To the north, the company is finishing up a 48-bed memory care facility at Spring Arbor of Salisbury along Winterfield Road. Nicholson said that project will be completed in November.

Gorgeous! How could this be “more marketable”?