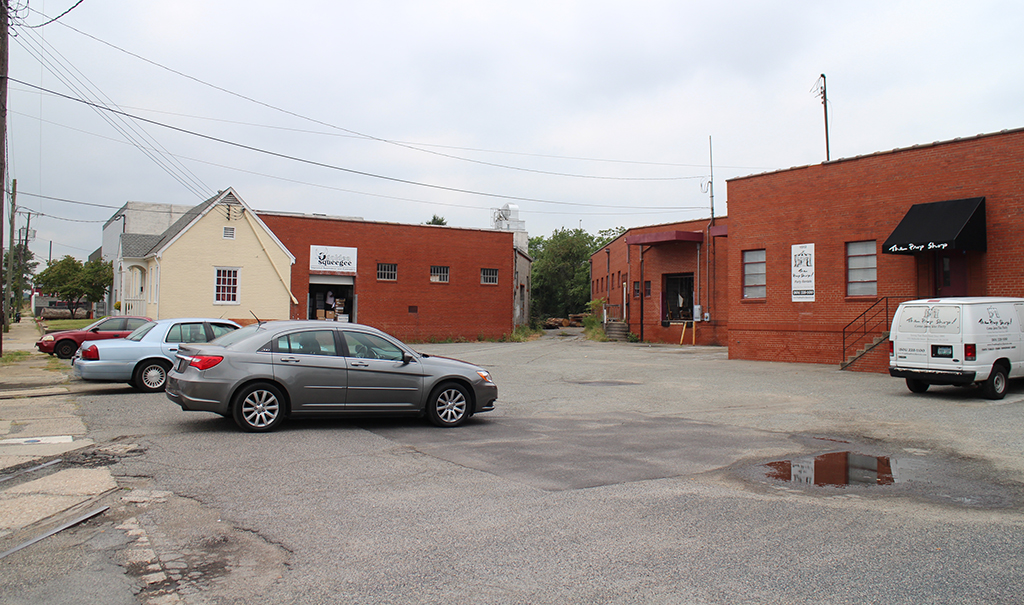 Keeping the long game in mind, a Richmond businessman has added some bulk to his Scott’s Addition holdings.

John Freeland last month acquired the two parcels at 1404-1406 and 1508 -1512 Belleville St. along the northwest border of Scott’s Addition.

The combined 1.3 acre of land bookend the reclaimed wood manufacturer Surface Architectural Supply that Freeland co-owns. He’s also the brain behind the brawn of the four Richmond Crunch gym franchises, including the one in Scott’s Addition at 3600 W. Broad St.

“These were all very quiet, discreet deals,” Freeland said of the real estate purchases. “The numbers reflect the excitement and economic appeal of Scott’s Addition. The sellers got a very fair price.”

Freeland paid $965,000 for 1404-1406 Belleville St., which is home to a 4,500-square-foot building Freeland hopes to lease to an office user and about 30,000 square feet of parking. The property was most recently assessed at $391,000, according to a city record, and was previously owned by Bearing Masonry through an LLC, according to Freeland.

1404-1406 Belleville St. was paid for with cash, the way Freeland typically likes it.

He financed the purchase of 1508-1512 Belleville St. through Virginia Credit Union. The price on that deal has yet to be recorded in city records. The site is home to two buildings that total 20,000 square feet and are leased by the screen printer Golden Squeegee, the party store The Prop Shop, and two carpentry businesses. The site also has about 18,000 square feet of parking.

Freeland said he bought the property from Paul Jacobs, a local lawyer with Christian & Barton. It was most recently assessed at $862,000.

Freeland is among those in Richmond who feel Scott’s Addition’s future is as strong as the beers that have proliferated in the neighborhood’s growing number of breweries.

“Scott’s Addition is to Richmond as SoHo is to New York,” he said. “This is where everyone wants to be, especially young people. This is a magnet for millennials.”

When combined with the .66-acre Surface Architectural Supply site, Freeland’s two new parcels make for a 91,276-square-foot contiguous footprint in Scott’s Addition. Freeland plans to continue leasing his latest acquisitions but new development for the properties may well be on the horizon.

“It gives us some options on the future in terms of ultimately expanding Surface Architectural Supply or alternatively lays the groundwork for some tasteful, high-end development,” Freeland said, adding he has commercial office space or apartments in mind. “It’s really an option on the future of what I think is going to be the heart of midtown Richmond.”

Recent activity in Scott’s Addition includes the transformation of the former city-owned stables into Blue Bee Cider’s manufacturing and headquarters facility, a proposal to install two six-story residential towers on Roseneath Road, and the arrival of a tech company in a 106,000-square-foot building set for redevelopment on West Leigh Street.

Freeland said he’s pleased with how all of his Crunch locations are doing and said the Scott’s Addition location is growing every day. In January Freeland plans to open a Crunch in Charleston, South Carolina.

“I decided to avoid North Carolina because of what I see as their issues with some of their laws,” Freeland said in reference to the Tarheel state’s law requiring transgender people use restrooms that match their birth certificate. “South Carolina is the beneficiary of some of the issues North Carolina is going through.”