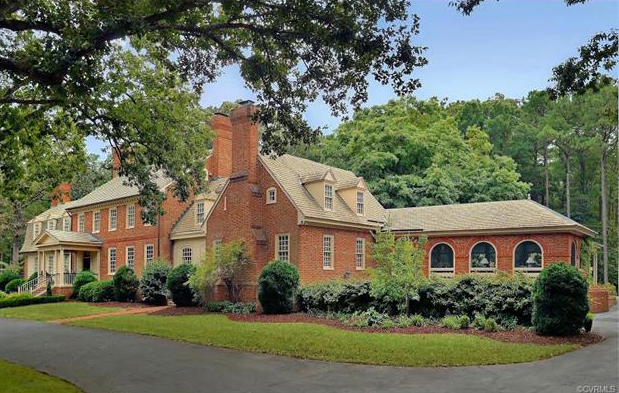 The two-story colonial at 9801 Drouin Drive hit the market for $2.87 million. (Courtesy CVRMLS)

A western Henrico house built by a member of Richmond’s Massey family is being offered for sale for the first time publicly, by the real estate agent who has called it home for a decade.

The two-story colonial at 9801 Drouin Drive, in the Drouin Hill neighborhood near River and Gaskins roads, hit the market last week for $2.87 million. The 7,500-square-foot house was listed by its owner, Sue Farrell, an agent with Joyner Fine Properties.

Farrell, who has lived there since 2003, said this is the first public listing for the house, which has previously changed hands through private sales. She purchased the 5.7-acre property with her late husband, Joseph C. Farrell, former chairman and CEO of The Pittston Co., now known as locally based armored car giant Brink’s Co. 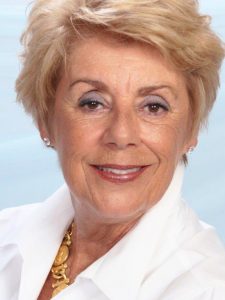 “Joe passed away a couple years ago, and because of its size, I’ve decided to go back into town where Joe and I started and let some new family that can use all this great space come in and enjoy it,” Farrell said, adding that she plans to move to Richmond’s Lockgreen community.

The five-bedroom, 6½-bathroom house was built in 1961 by E. Morgan Massey, former chairman and CEO of the locally based coal company that bore his family’s name. Massey is the brother of the late William B. Massey, whose estate is selling River Run Manor, the 60-acre Goochland estate that remains the highest-priced home listing in the Richmond area.

Farrell said the Drouin Drive house changed hands several times on the quiet over the years before she learned that a friend was looking to sell it. She said she had previously played bridge and mahjong in the house decades earlier.

The couple purchased the two-parcel property in 2003 for $1.62 million, according to county records. It was most recently assessed at $1.34 million.

The Farrells expanded the master bedroom into a suite, converting an adjoining bedroom into a bathroom to create his-and-her bathrooms and dressing rooms. Farrell said they also added to the grounds, creating a rear garden and bluestone terrace and fountain with reflecting pool. 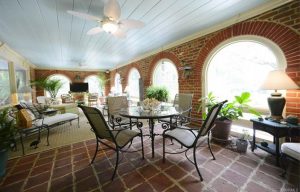 The Farrells created a rear garden and bluestone terrace and fountain with reflecting pool. (Courtesy CVRMLS)

“It’s been a really wonderful house to live in, and one that I have truly enjoyed being the steward of for the past 13 years. But now it is ready for a new family,” she said.

Because she is the owner and the listing agent, Farrell said she is having fellow Joyner agent Nancy Cheely show the house to prospective buyers, so as not to affect buyers’ assessment of the house. While she said she has listed every house she has lived in, preparing the listing information, advertisements and brochures, Farrell said she prefers to have another agent show them.

“I think it’s better that a seller is not in the house when it’s shown, and I’ve practiced that in the 40-plus years that I’ve sold real estate,” she said. “I think it gives a buyer the comfort level of being able to speak freely, criticize whatever they want and not feel they would offend anybody in ear’s range.”

Since listing the home on Sept. 28, Farrell said she has received several calls from interested parties and scheduled showings for this week.

The house is the latest million-dollar listing to hit the local market. Last month, the riverside home of a Luck Stone executive was listed for just under $3 million.

Farther south along Gaskins, a home beside the Country Club of Virginia’s James River Course was listed in August for $1.7 million. Also nearby, a hillside estate listed last October for $1.95 million has since been reduced at $1.65 million.