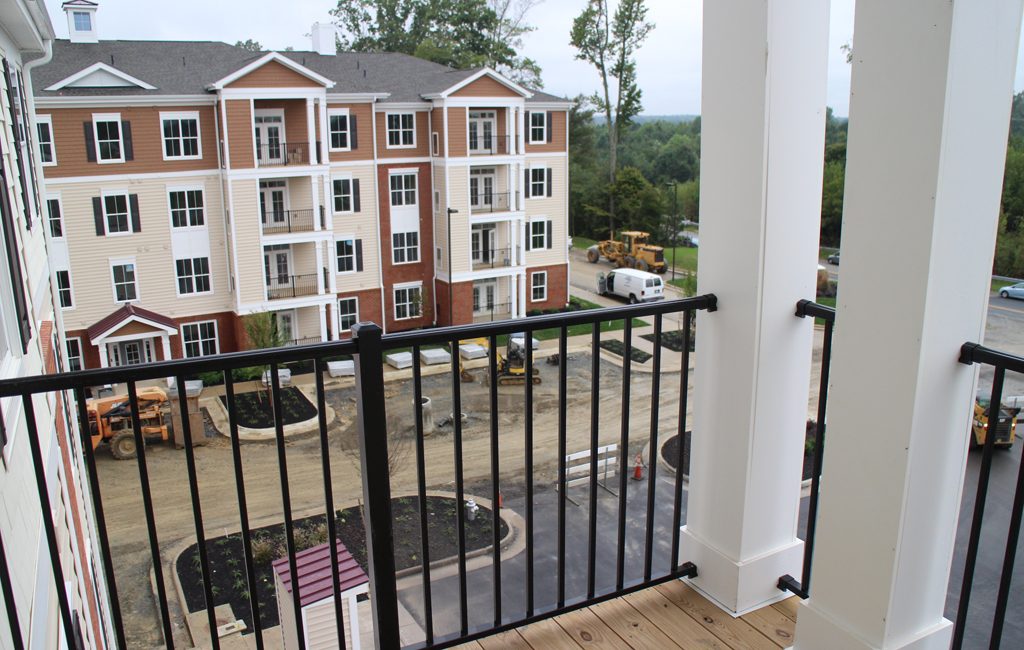 Finishing touches are being made to Charleston Ridge Apartments, which will welcome its first residents Oct. 15. (Jonathan Spiers)

Three years after being OK’d by the county, one of the first apartment projects to be approved in Hanover in more than a decade is about to open its doors.

The 137-unit Charleston Ridge apartments, at 10449 Atlee Station Road just east of the Interstate 95 Atlee exit, is opening the first of its four buildings Oct. 13, with the first residents moving in on Oct. 15.

The $22 million project was developed by Larry Shaia of Charter Realty and Development Co., whose other projects have included the Charters Creek Apartments and several shopping centers in the King’s Charter area. The company has also done work in Fredericksburg, Caroline and New Kent counties.

Charleston Ridge is touted as the first apartment community to be built in Hanover since 1997. Charter Realty purchased the property’s 21 acres – only about seven were developable due to wetlands – in 2013 from Kings Acres Partners, which Shaia said had planned to build condos on the property and had secured the needed zoning approval. 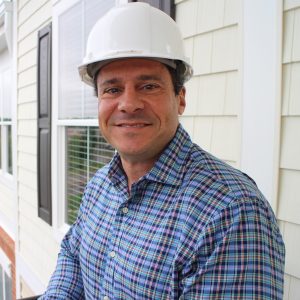 Because the land was already zoned for multifamily use, Shaia said the project was received well by the county, though he acknowledged pushback from some King’s Charter residents.

“They were worried about what they were getting here,” he said. “Certainly it’s going to be luxury, high-end. It’s not going to be something that’s not King’s Charter quality.

“People in King’s Charter pushed back. They don’t like it. But it affords people who want to be in this area, who cannot afford a 30 or 20 percent down payment – they can live in a very nice neighborhood,” he said. “Some of the things in here I don’t have in my house. Apartment living has come a long way since the 1990s, and if you look around, we’ve stepped it up.”

The one- and two-bedroom units, some with additional den space, vary between 12 floorplans and include balconies, stackable washers and dryers, under-cabinet kitchen lighting and 24-hour clubhouse access. They also feature a key fob access system in which residents can gain entry and see visitors on their smartphones.

The 5,300-square-foot clubhouse includes a conference room, game rooms, a media room, fitness center, and a swimming pool with grilling stations, gazebo and dog park. The four-story buildings also are considered the first apartments in Hanover to be equipped with elevators.

The builder on the project was Purcell Construction, the firm behind the Terraces at Manchester and the forthcoming One Shiplock. Construction started in October 2015. 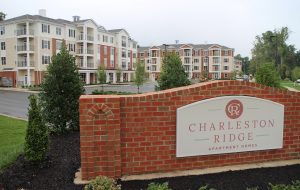 The one- and two-bedroom units vary between 12 floorplans and include balconies and 24-hour clubhouse access. (Jonathan Spiers)

Shaia said the two years between approval and construction were spent securing financing and permitting for the project.

“People don’t realize how long it takes,” he said. “When I first signed the contract, I told my family – my brothers and sisters are equity partners in this – I told them this is going to be a five-year process. Getting through everything and convincing your partners and the county that this is a good, viable project takes time.”

Financing was provided by Berkeley Point Capital, with a loan through the U.S. Department of Housing and Urban Development that Shaia said may have contributed to a misconception that Charleston Ridge is rent-restricted or a housing voucher project. He said HUD provided the loan for the project, but he said the units are not restricted and the rents are market-rate.

As of last week, Shaia said 19 of the units are pre-leased, and nine residents are set to move in Oct. 15. He said he hopes to be fully leased by the end of the year and the units fully occupied in three to six months.

Larry Shaia overcame a lot of ridiculous objections and preconceived biases about multi family to get this completed. Hanover needs about 200 units of new class A apartments per year–pure taxation cash cows for county coffers–to meet its market demand. They’d do well to encourage it.

Congratulations to Charter Realty – Development and Hanover County for recognizing the need to create a balanced dwelling approach to achieve future growth. Young professionals and families now have a nice place to set their routes down and grow in Hanover.