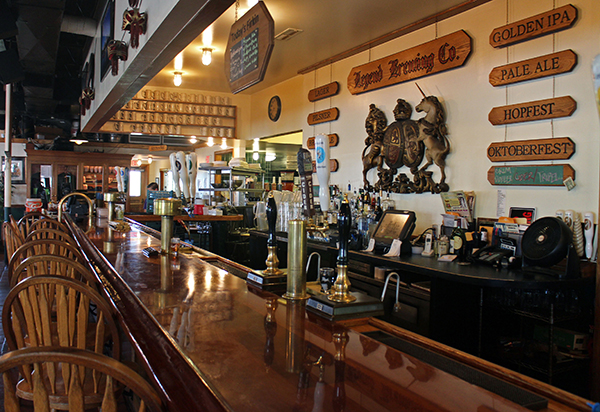 Tapping into the statewide trend of breweries opening satellite locations outside their home markets, Richmond-based Legend Brewing is headed for the Hampton Roads harbor.

The beer maker confirmed Monday it has signed a lease to open a small brewery and taproom in the Olde Towne section of Portsmouth.

The new outpost will take shape in 4,300 square feet on the ground floor of the Seaboard Coastline Building at 1 High St., according to Legend VP of operations Dave Gott. The building is a former train station that sits along the Elizabeth River and is owned by an affiliate of the Monument Cos., a Richmond-based developer.

The brewery will recreate a smaller version of Legend’s Manchester location to include a full service brewpub that will seat about 120 people. Along with the full line of Legend products, a small brewing system will produce its signature beers at the location.

“We’re very excited to be going into Olde Towne Portsmouth,” Gott said. “The area reminds us a lot of Manchester; it’s up-and-coming and being revitalized, and we hope to add something extra to the whole area.” 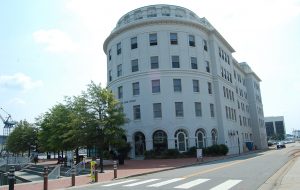 The outpost will take shape in 4,300 square feet on the ground floor of the Seaboard Coastline Building at 1 High St.

Legend hopes to have the taproom and brewery open by the spring of 2017.

Sharon Holmstrom, a broker with Colliers International in Norfolk, represented the landlord during the lease transaction that closed on Sept. 27.

The Portsmouth building was formally known as the Old City Hall and was originally built in 1894, according to city records. Its upper floors house 81 apartments that were renovated this year.

Gott said Legend was not ready to release how much investment it plans to pump into its future Portsmouth location.

Portsmouth, a city of nearly 97,000 residents, has been thirsty to land a brewery.

Last spring, its economic development arm launched a campaign to entice a brewery to set up shop in the city limits, according to a Virginian-Pilot article. It was particularly interested in landing a beer maker in the historic Olde Towne section – an area located in the heart of Portsmouth at the mouth of the Elizabeth River, and has direct access to downtown Norfolk via ferry stops in the vicinity.

The Portsmouth economic development team began submitting “advertorials” – paid content – in entertainment-based publications. It also submitted a series of ads for the Virginia Craft Beer magazine, and sent direct customized mailings to breweries near and far.

With the Legend deal and a previous booze-related announcement in the spring, it appears those efforts may be catching on. In April, Portsmouth announced that Cooper and Oak Craft Spirits would be locating in the city’s Olde Towne section where it would distill 90-proof white whiskey and bourbon.

Portsmouth, like a number of state municipalities, uses a number of incentives to lure businesses to its city. Gott said Legend plans to apply for the city’s enterprise zone incentive, which provides a cash grant for up to 20 percent of a company’s investment in the area.

Legend is the latest Virginia brewery to announce plans for a satellite brew house and tasting room outside of its home city, as the competitive industry has beer makers looking for new ways to grow market share around the state.

Locally based Strangeways is set to open a $2.5 million production brewery and taproom in Fredericksburg during the first half of 2017.

Ashland-based Center of the Universe Brewing broke ground this summer on its new Origin Beer Lab at 106 S. Railroad Ave. in downtown Ashland.

It Charlottesville neighbor, Champion Brewing, is adding a new location in downtown Richmond.

Legend has a growing base of beer drinkers in Hampton Roads. Its brews are distributed there by Virginia Beach-based Hoffman Beverage. The brewery has also hired a sales rep that will be tasked with growing the Legend brand across that market.

Not losing site of its home town headquarters, Legend is also considering plans for interior and exterior renovations to its Manchester facility to allow for larger crowds and increased brewing operations.