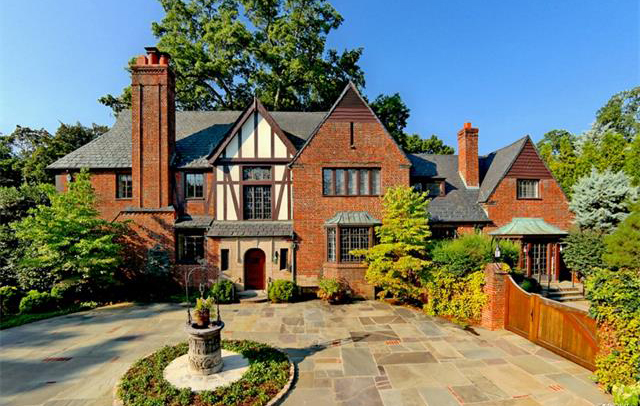 After a year on the market, one of the priciest residential listings in Richmond is now in the hands of new owners.

The Tudor Revival mansion at 5103 Cary Street Road sold Friday for $2.5 million, below its latest list price of $2.89 million.

The buyers, who could not be identified Monday, also purchased two adjacent lots totaling about 1.3 acres that had been removed from the listing over the summer. Those lots were purchased separately for $885,000, said listing agent Bill Gallasch of Joyner Fine Properties.

The home was listed as pending in mid-August and closed Oct. 28. A deed for the transfer had not been filed in circuit court as of Monday. Gallasch said the buyers are from out of town.

Previously the home of Bill and Pam Royall, the nearly 6,000-square-foot home was originally listed in August 2015 for $3.95 million. That price was reduced with the removal of the two adjacent parcels in July.

Gallasch said the reduction helped to expose the listing to more buyers. While doing so resulted from the removal of the two parcels, it attracted buyers who ended up purchasing the whole 2.5-acre property, which Gallasch noted will remain intact. 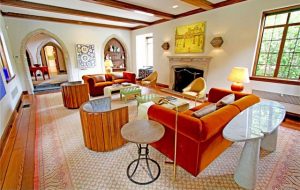 Built in 1928, the home was restored in 2006 by Bill and Pam Royall, who purchased the property earlier that year. (Courtesy CVRMLS)

“Anytime you come down in value, you reach more people,” Gallasch said. “That upper-end market was a little soft.”

Built in 1928, the four-bedroom home was restored in 2006 by the Royalls, who purchased the property earlier that year. The restoration was completed by Dovetail Construction and Mako Builders. Charles Aquino was the architect, and Anna Aquino was the landscape architect.

Gallasch has said the Royalls do not plan to move out of the area. Bill Royall is founder and chairman of direct marketing services firm Royall & Co. and is also president of the Virginia Museum of Fine Arts. He and Pam are supporters of the Richmond arts scene and Virginia Commonwealth University, providing a $5 million gift for VCU’s Institute for Contemporary Art.

The listing had been one of the priciest in Richmond. Just two doors up the street, another Tudor-style mansion at 5115 Cary Street Road remains on the market, its price reduced in September to $5.49 million. It was originally listed in June for $5.97 million.

A riverside home on Kennondale Lane hit the market in September for $2.99 million. Beyond the city, a two-story colonial in western Henrico County was listed last month for $2.87 million. And in Goochland County, a 7,500-square-foot home at 301 Riverside Court hit the market in October for $2.39 million.