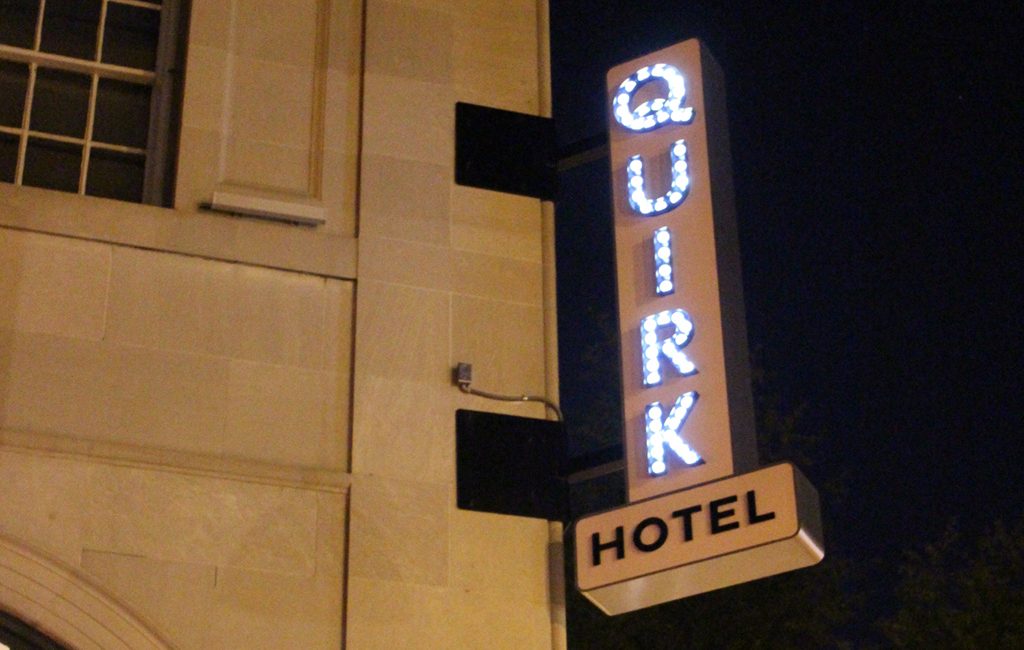 Having just capped off its first year of business in downtown Richmond, a local hotel and art gallery brand is looking westward as it plots expansions to other markets.

Quirk Hotel is eyeing Charlottesville for its second location – and potentially the first of more to come, said Bank Street Advisors broker Christian Kiniry, who in 2015 developed the 74-room hotel and gallery at 201 W. Broad St. with owners Ted and Katie Ukrop.

Conceptual plans for a similar-size hotel and gallery at 425, 501 and 503 W. Main St. in Charlottesville have been submitted to the city’s architectural review board, which went over the plans at a meeting in late August. The plans were first reported by Charlottesville Tomorrow.

Kiniry stressed Monday that the talks remain in the early stages but said Bank Street Advisors is under contract to purchase the 0.6-acre property, which is owned by Charlottesville-based The Sutton Group LLC. City property records show Sutton Group purchased the combined property in 2000 for $711,500.

Kiniry said they are reviewing whether a hotel comparable to the Richmond Quirk would fit in Charlottesville’s West Main Street corridor, zoning rules for which were revised in March.

“We’re still going through due diligence for the hotel and seeing what we can fit within the current zoning envelope,” Kiniry said Monday. “We love Charlottesville, we like the market, and we’re just trying to see if our product would work there.” 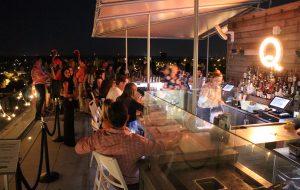 Kiniry said favorable occupancy rates and daily room rates in the area attracted them to Charlottesville, which he said is one of several cities in multiple states that are being considered for future locations. He said the group is eyeing university cities, state capitals and secondary cities in particular.

“We think that there’s room in the hospitality market for Quirk and hotels like Quirk,” he said. “Since the Quirk Hotel has been so well-received in Richmond, we’ve been looking at other markets. Charlottesville just checked the boxes as a town that could use a Quirk Hotel, so we decided to take a better look at it.”

Kiniry said the Charlottesville property includes two older buildings that would be incorporated with a new ground-up development on an existing parking lot. The conceptual plans showed a new four-story building that would be constructed behind the two existing buildings, complete with a rooftop structure like Quirk’s popular rooftop bar.

The property includes more space than needed to replicate the original Quirk’s 60,000 square feet of space. Kiniry said the additional space would serve other hotel- and art-related uses.

Kiniry and the Ukrops are working on the project with architect Danny MacNelly of Richmond-based Architecturefirm and Jennifer Mullen of Roth Doner Jackson Gibbons Condlin. He said the group is hopeful for the chances in Charlottesville and is betting on the brand finding similar success in other markets.

“Quirk has been so well-received by Richmond and by the travelers that we couldn’t ask for a better first year,” Kiniry said. “That is one of the reasons why we are bullish on its brand and what it offers in looking at other markets.”