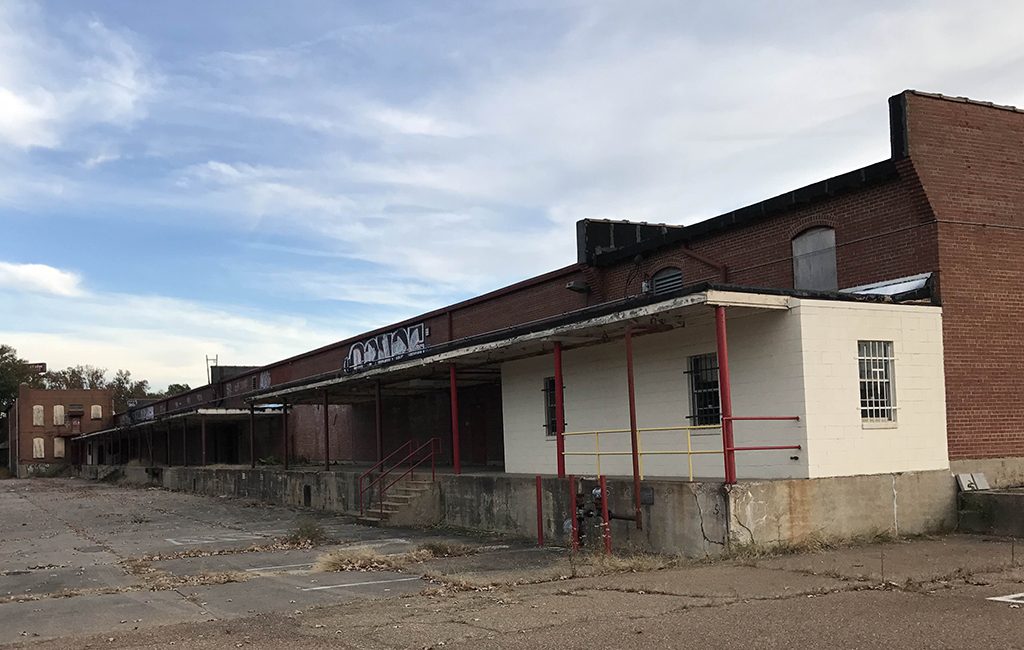 The 65,000-square-foot warehouse at 1722 Arlington Road will be transformed into a $9 million headquarters. (Courtesy McKinnon Harris)

Concluding a deal with the city three years in the making, a local furniture maker finalized its purchase last week of a property off North Boulevard that will be transformed into its new $9 million headquarters.

McKinnon and Harris, a Scott’s Addition company that makes aluminum outdoor furniture, is the new owner of the 65,000-square-foot warehouse at 1722 Arlington Road. The 25-year-old company bought the property from the city for $1.75 million. The deal closed Nov. 4, according to city records.

The building was previously used by the city school board for storage and driver’s ed. The two sides have been working on the deal since at least 2013, when the school board declared the property surplus.

McKinnon and Harris will relocate from its 36,000-square-foot home elsewhere in Scott’s Addition on Summit Avenue. The company said the property will serve as its headquarters office, showroom and workshop. About 60,000 square feet will be used for furniture manufacturing.

It plans to begin construction immediately and will look to occupy the building by fall 2017. The existing building will remain, and the project is not eligible for historic tax credits, the company said.

The company hired architecture firm 3North for the design work. Conquest, Moncure & Dunn is the general contractor. TowneBank is providing the financing.

Total investment in the project will be $9 million, the company said, including acquisition of the property, renovation, design and new equipment. That includes a significant investment in a high-tech coating system for its aluminum outdoor furniture.

The company said it searched for five years to find the right property in the city limits, with a particular interest in staying in Scott’s Addition, where it has been since 2004.

The company said it purchased the property through an unsolicited offer process and received approval from the mayor’s office, as well as the city council, last December.

“The value to the City of Richmond cannot be measured by financial projections alone, as McKinnon and Harris has always chosen to be the best, rather than the biggest,” Massie said. “Our company has a soul and as a unique, small business, our presence in Richmond helps create the distinctive character and diversity that make our city remarkable, unlike any other.”

The necessary industrial zoning for McKinnon and Harris’ use for the building is already in place.

The Arlington Road deal places McKinnon and Harris near the expected transformation of much of North Boulevard, where the city has 60 acres, including the current site of the Diamond, that’s ripe for redevelopment. That process, however, hinges on the construction of a new stadium, which is expected to be built nearby.

In addition to its Richmond headquarters, McKinnon and Harris has showrooms in New York, Los Angeles and London.