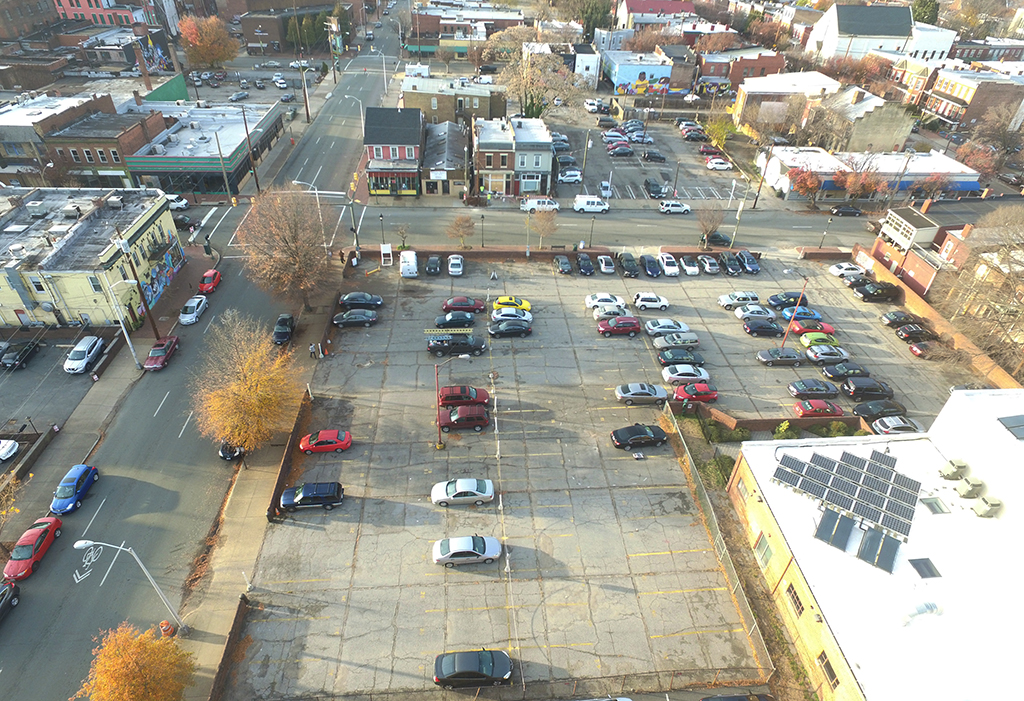 A former city-owned plot that was used in a land swap to lure Stone Brewing to Richmond has been sold to a Pennsylvania developer that’s mulling its options for the site.

The 0.75-acre surface parking lot at 200 E. Marshall St. was purchased Nov. 17 by an affiliate of Philadelphia-based Parkway Corp. for $2 million.

The seller was The Restaurant Company, a group owned by the family of local restaurateur Richard Ripp. His holdings include 18 Arby’s restaurant locations throughout metro Richmond and the Can Can Brasserie in Carytown.

It acquired the property at no cost from the city’s economic development authority last year in exchange for Ripp’s property on the Intermediate Terminal site at 3101 Wharf St. in the Fulton neighborhood. That site will be used by Stone for its 30,000-square-foot World Bistro & Gardens restaurant.

Parkway Corp. President Robert Zuritsky said his firm has plans to develop the site, but is still determining the best future use for the property.

“It’s a little early for us to decide what is the best course of action for this property,” Zuritsky said. “We have nothing specific planned…maybe residential with some retail, or an office building if we can find the right user.” 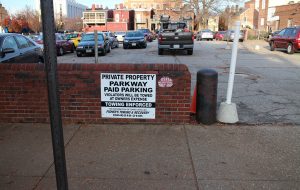 The Marshall Street lot was most recently assessed at $1.05 million. (J. Elias O’Neal)

The company is also a developer of large mixed-use developments with retail, office space, residential units, and of course, lots of new parking.

Zuritsky said Parkway is open to working with local development firms and investors to develop the site as it has done with a number of deals back in Philadelphia.

“We are open to work with anybody on this,” Zuritsky said.

Until a development plan is hatched, Zuritsky said the firm plans to repave, re-sign and add better revenue controls, such as payment machines, to the 130- to 150-space parking lot in Jackson Ward.

“We plan to improve and hold on to what we have at the moment,” Zuritsky said. “Right now, the goal is to make it a more friendly parking lot.”

John Ripp, the controller for The Restaurant Company who handles its real estate holdings, would not comment about the transaction.

Parkway’s deal is yet another example of a recent surge of local and out-of-town investment sweeping through Jackson Ward and surrounding blocks.

The purchase gives Genesis’ development arm control of five contiguous lots – 0, 2, 4, 6, 8 W. Marshall St. – that total about an acre. The company said it is still plotting its plans for the properties.

Investors also continue to gobble up buildings along a 10-block stretch of Broad Street between the Greater Richmond Convention Center and North Belvidere Street. 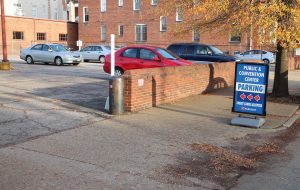 Parkway joins at least one other out-of-town developer that has shown interest in Jackson Ward.

Washington, D.C.-based Douglas Development lays claim to nearly a dozen buildings in the surrounding neighborhood. It is under contract to purchase the Friedman’s Pawn Shop building at 118 E. Broad St. for $365,000.

VCU has also had a hand in the area’s redevelopment efforts, with the future Institute For Contemporary Art complex helping drive more investment into the area.

Local brokers Jim McVey and Michael Morris of Richmond-based Commonwealth Commercial represented the seller in the Parkway deal. Morris pointed to VCU as a catalyst of much of the action in the area.

“[Central business district] investors that typically source deals in top-tier and secondary markets such as New York, Washington, D.C., and Charlotte are starting to recognize opportunity in Richmond as an emerging market across a variety of product types,” Morris said. “Right now, VCU is the primary driver of activity between its Monroe Park and MCV campuses, though they are not the only beneficiary of such activity. The positive residual effect of what VCU has been able to accomplish is great for Jackson Ward and for Greater Richmond.”

Back to back articles this morning about what will be two to three new buildings of height and density for downtown Richmond. This is exciting news to wake up to today. Bring’em on! The renaissance of Richmond continues.